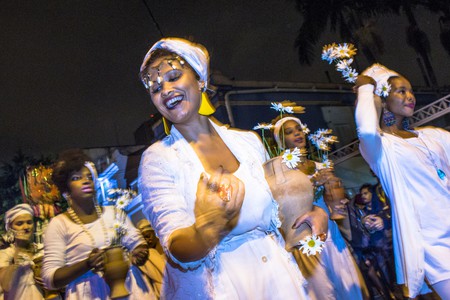 Every year Brazil’s celebration of Carnival brings a festive variety of musical performers and dancers to the streets for an exciting, all-inclusive party. One group in particular captures a strong female spirit – Ilú Obá de Min. In the African language Yoruba, spoken in parts of Nigeria and Benin, the name means ‘female hands playing the drums for Xango’, the God of Thunder. In São Paulo, that is exactly what 350 women do during the four days of Carnival. The Ilú Obá de Min is the only Carnival bloc in the city whose music section is composed solely of women.

‘Our goal is to empower women, especially black women,’ says Girlei Miranda, one of the founders of the group, although she explains that women of all colors, creeds and ages are welcomed. The Ilú Oba de Min Carnival group is part of a bigger non-governmental organisation that seeks the individual and collective empowerment of women in society. Even within the Candomblé, a Brazilian religion with African roots, women are not allowed to play the drums in festivities. Created twelve years ago, the group has given women a chance to take over traditional male roles in the festivities.

This year the group dressed in green, with leaf-like ornaments in their hair to honor Oxóssi, the God of hunting and the forests. ‘The culture of the black Brazilian woman with African roots is transmitted through music, just like in Africa,’ says anthropologist Daniela Nunes, 41, who has been with the group for the past two years. ‘Orally, through the songs, we describe the struggles and resistance of black women in Brazil.’ 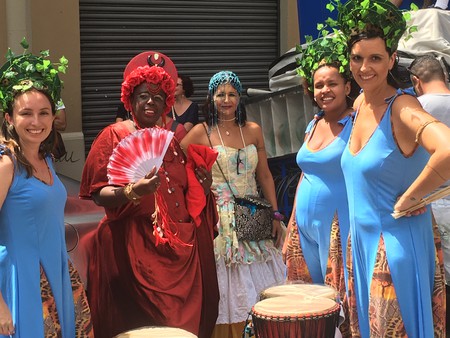 Girlei Miranda, in red, one of the founders of Ilu Oba de Min group | © Lise Alves

The performers range in age from six to nearly seventy, and in many cases both daughters and mothers are in the band. In 2016 nearly 35,000 people followed the bloc’s procession through the streets of São Paulo’s centre during Carnival. The bloc traditionally honours a black woman or myth that represents women’s struggle for equality, inclusion and tolerance, but this year they’re celebrating its twelfth year of existence. 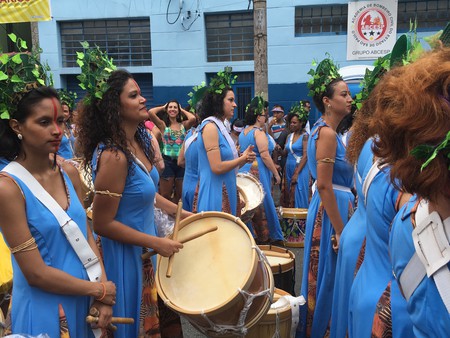 Sixty-year old Alzira de Jesus Freire has been in the band for the past two years. ‘It is the only way I can spend Carnival with my daughters, since they are always here,’ she says. As for playing an instrument while dancing, walking and singing, all at the same time, she says it was very difficult at first, but with practice she is able to ‘hold her own’. 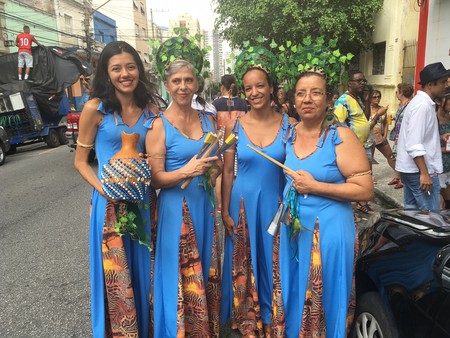 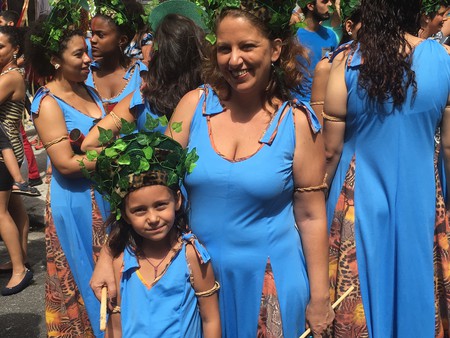 The men participate as dancers and on stilts. ‘What they are doing is breaking barriers, because these instruments are usually reserved for the men in Carnival,’ says José Silveira, who came to watch his wife perform. ‘This is the day when the “minority” becomes a strong “majority”, ‘ he adds. 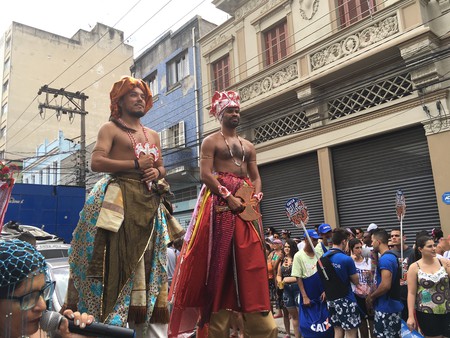 To be able to participate in the annual festivity these women have practiced for the past six months, eight hours per week playing the wooden drum, the agogo (a small bell made of two metal cones) or the xequere (African gourd rattle). They come from different parts of the city, different backgrounds, different social classes, but all are interested in disseminating the struggles faced by women of African descent in Brazil. 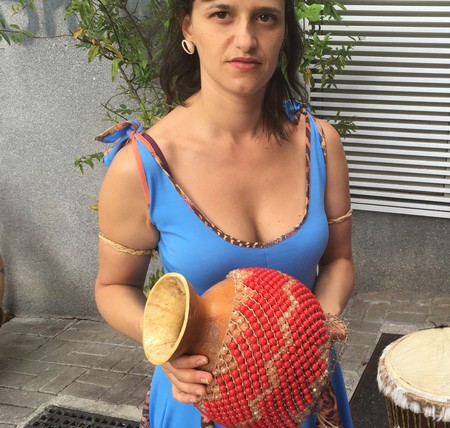 Claudia Guerreiro with xequere | © Lise Alves
Give us feedback