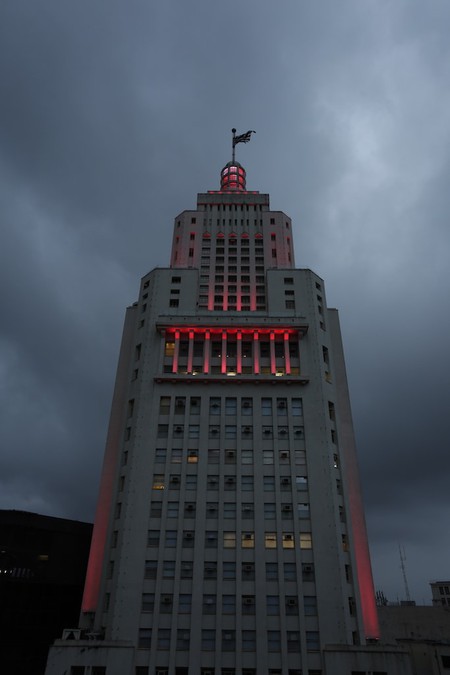 São Paulo’s landmark Altino Arantes building, the 36-storey skyscraper which can be seen from all over the city and inspired by New York City’s Empire State Building, has recently been renovated, reopened to the public, and rebranded as the Farol Santander. The new project promises to make one of São Paulo’s most recognizable buildings into a valuable cultural center. Here’s all you need to know for your visit to the Farol Santander.

Completed in 1947 as São Paulo consolidated itself as the financial capital of the continent, the building was constructed to be the headquarters of the now-extinct Banespa Bank. Until today, the skyscraper is commonly known as the “Banespão” and regarded as one of the city’s most popular tourist attractions.

The architects in charge of the project were inspired by the Empire State Building, completed 16 years previously and the tallest building in the world at the time. Despite being half the size of its Manhattan counterpart, the Banespa building was the world’s tallest structure made out of reinforced concrete, and the tallest building in São Paulo until the Mirante do Vale was completed in 1966. The São Paulo state flag that flies from its tip can be spotted from all around the city.

Banespa was sold to Spanish bank Santander in 2001 and was closed for reforms in 2015. It reopened this year on 25 January, the anniversary of the city of São Paulo.

Not everything has changed in the new Farol Santander. Most of the structures remain the same, including the jaw-dropping 3-meter-high (10-foot-high) crystal chandelier that hangs above the tower’s main hall. The intention to preserve the city’s heritage is present throughout the new building, with several floors dedicated to exhibits on the history of São Paulo.

The lower levels are packed with historic documents and photographs, with an emphasis on portraying how life was like in 1940s São Paulo, the decade the skyscraper was completed. There is even a recreation of a 1947 branch of the Banespa Bank, full of equipment used at the time and accompanied by a soundtrack of a busy afternoon at the bank. Visitors can even open their own “bank account”, going through all of the steps members of the public would have to go through in the 1940s. 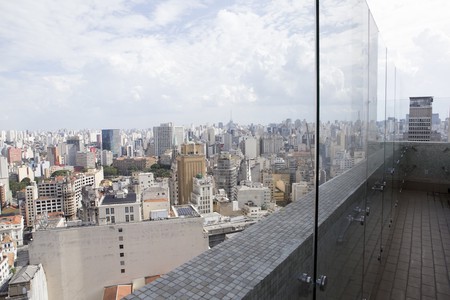 The incredible view from atop the Farol Santander | © Renato Suzuki

One of the biggest attractions of the old Banespão was its incredible view of the massive city which surrounds it. The lookout deck of the Farol Santander (on the 26th floor), has been completely reformed, including the installation of an Art Deco 1940s style café. Don’t forget to bring your camera for some incredible shots of São Paulo from above.

There are also some innovative ideas in the new Farol Santander, like the luxury loft available for rent on the 25th floor, for instance. One of the most interesting changes comes on the 21st floor, where Brazilian pro skater Bob Burnquist has designed a state-of-the-art skate park, complete with an excellent view of the city. Tickets cost R$ 15 ($4.50) per hour during the week and R$ 30 ($9) at weekends, with equipment for rent inside the building. 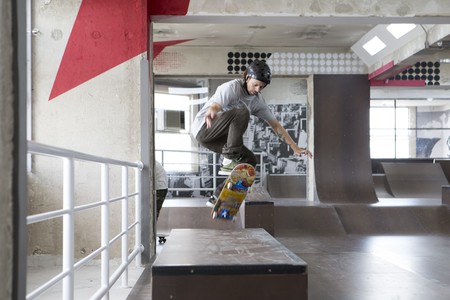