© Hugo Brizard - YouGoPhoto/Shutterstock
São Paulo is South America’s largest city – a thriving metropolis with a diverse culinary social scene. Renowned worldwide for the fine-dining steak houses, the city offers choices to last a lifetime of carnivorous dining. Churrascarias (barbecue restaurants) are a Brazilian tradition and we’ve found the very best in São Paulo that cater to all budgets and tastes.
© Júlio Boaro/WikiCommons

On the upper end of the price range, Churrascaria Vento Haragano is a picture of elegance and indulgence firmly rooted in the gaucho customs, with traditionally dressed waiters serving up the rodízio barbecue. The restaurant impresses from the moment you arrive when you will walk past a plush covered smoking area and through the entrance flanked by an imposing open flame over which meat is roasted.

Notable for both the quality and variety of meat and wines that have repeatedly won excellence awards, Vento Haragano also stuns with the level of decadence, comfort and sheer size of its facilities. The restaurant’s numerous rooms, including the wine alcove, are decked out with quaint wicker chairs alongside tasteful soft furnishings and specially commissioned artwork, all beneath high ceilings with exposed wooden beams. With gourmet specialties such as wild boar served with jabuticaba jelly and grilled mozzarella straight from the barbecue, it is easy to see why this churrascaria is overwhelmingly popular.

When you walk into Fogão Gaúcho you will feel like you are in a typical churrascaria in the interior of Rio Grande do Sul. Waiters, wearing typical ‘Brazilian cowboy’ clothes will bring you various cuts of meats at an amazing speed, which sometimes even makes it difficult for you to enjoy what you have on your plate. Side orders are also plentiful, with meat fritters and onion rings. There is also a nice salad bar and a sushi bar. 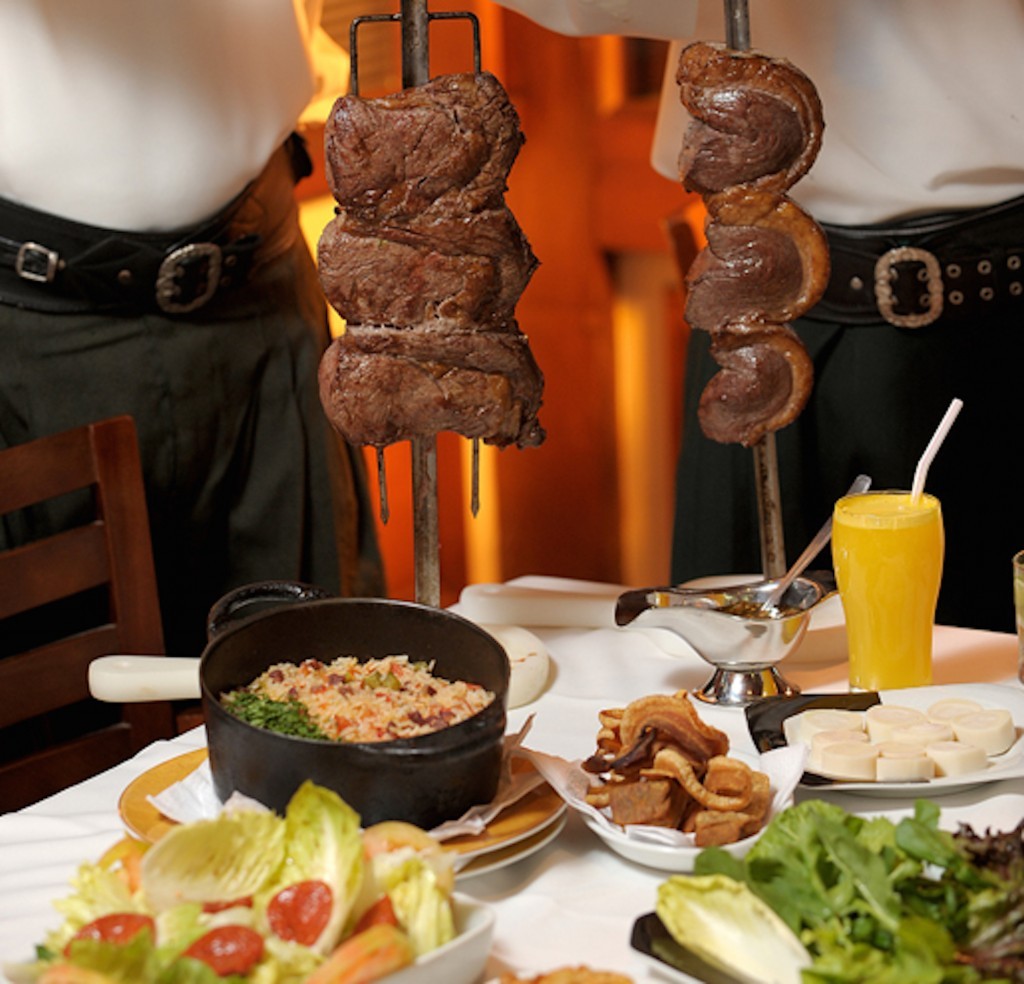