Rio Vs Salvador: Which Carnival is for You? 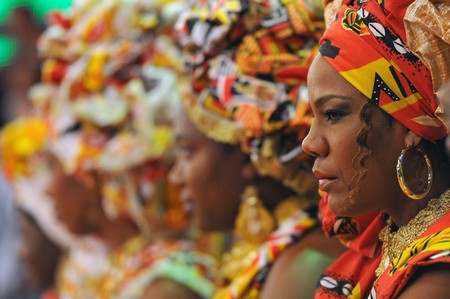 For those coming to Brazil for the first time to experience the world famous Carnival, a common question is – which carnival is better, Rio or Salvador? The two are easy enough to compare, as their characteristics are clearly defined and rooted in each city’s culture. The tricky part is deciding which one to go to.

Carnival in Rio de Janeiro is divided into two main parts; the official parades in the Sambodromo and the street parties known as blocos. While some street parties have variations or tweaks on musical genres, it’s samba that lies at the heart of the entire carnival.

The official parades that take place at the Sambodromo are the most important event of the Rio carnival. It’s the main arena for the city’s largest samba schools to come together and give their best performance to win over the judges’ vote to be crowned the best samba school of the carnival. The samba schools prepare the whole year for this pinnacle annual event, practising dance routines, learning songs off by heart and handcrafting elaborate costumes. When the main event arrives, each samba school turns the Sambodromo into an extravagant runaway of flamboyant, colorful costumes that spin and whirl to the lightning-pace of the steel drums, beating out the hypnotising rhythms of samba. The atmosphere is charged and for the spectators that watch from the stands that flank the parades, the energy is electric. This bedazzling event is televised all around the world and is one of the most famous parts of Brazilian carnival. It is mostly attended by foreigners or traveling Brazilians rather than Cariocas (locals of Rio). 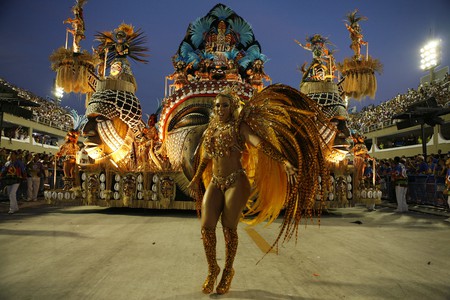 The other side of Rio carnival is the blocos, or street parties, where the majority of locals head, rather than to the official parades with the samba schools. The street parties take place over the course of a week, causing the whole city to happily come to a halt while everyone from families to fun-loving groups of friends head to the streets to drink, socialise and dance. The blocos are formed by a van that slowly trawls through a pre-determined route blasting out samba music to the following crowd. People dress in fancy dress, drink beers or melzinhos (long tubes of sweet vodka gel) and everyone parties. The best blocos take place in Centro, Santa Teresa or in the coastline neighborhoods. The atmosphere is fun, friendly and liberal, and although pick- pocketing does happen, the vast majority enjoy carnival with no issues. Most blocos are medium-sized with a few thousand people, yet Cordão do Bola Preta in the city center can attract up to 2 million party goers. 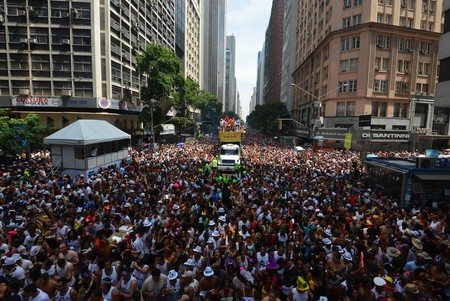 Salvador’s carnival doesn’t have any samba schools or official samba school parades. This is because the music that fuels the carnival in Salvador is not samba, but axé, a fusion of African and Brazilian pop music. The lack of samba parades has led to a revolution in street parties which is what carnival is all about in Salvador. 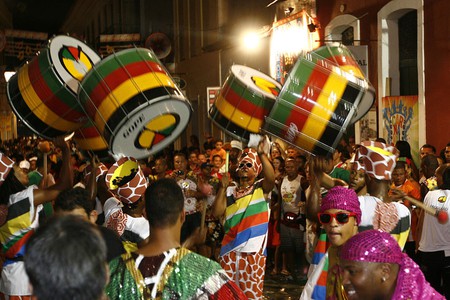 The blocos in Salvador have a different structure to the ones in Rio. Whereas Rio’s blocos are free, Salvador’s blocos (known as Trio Electricos) come at a price ranging between R$200 – R$800. The headline acts (in other words, the most expensive ones) are the best ones to go to if your budget stretches that far. These are Jammil, Asa de Aguia, Ivete Sangalo, Chiclete com Banana, Timbalada and Bloco Salvador (electro). The entrance fee buys you a vest known as a abadá which grants access to the roped-off bloco area around the truck that plays the music. Many people like these cordoned areas for the security and sense of participation. It also is one of the most exciting and engaging parts of the city’s carnival. The blocos follow three main circuits in the city: Osmar, Dodo and Batatinha, each one taking a different route through the streets. Dodo is one of the most popular routes as it passes through four kilometres of streets that run parallel to the stunning Bahian shores.

A lot of people stay in the pipoca area. This is the area around the fenced-off blocos that follows the blocos even without having access to the main area. It gets crowded and is fuelled with a wild, party vibe; yet be careful for pick-pocketers and, for women, take care to avoid being grabbed or groped in the large, packed crowd. 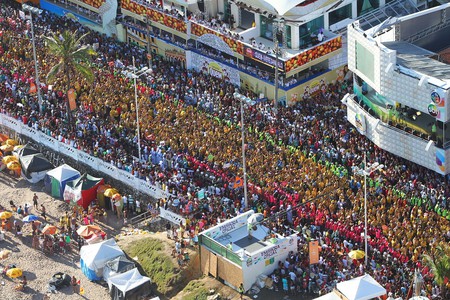 The parties in the blocos or pipoca area are larger, longer and more frenetic than in Rio. The hip-swaying sounds of the African-influenced beats puts an unshakeable spring in everyone’s step and the singing and dancing is contagious. It is intense, outrageous and absolutely anything goes. The crowds are heaving and the parties long; stamina and a lack of claustrophobia are essential.

The Camarotes are a way to keep out of the crowds and act as a spectator instead. From here, you can still hear the music and see the bloco crowds but out of the way from the intense throngs of people. There are options of Camarote with a bloco experience, which is a great way of combining the full-on party with a break away in the stands.

The biggest names in showbiz perform at Salvador’s carnival including the hottest Brazilian musicians of the moment. It’s expensive, but for those who have a more elastic budget, tickets to see these events are worth it for the euphoric crowds and unforgettable experience. The closing ceremony of Salvador’s official carnival is a huge gathering at a final rave, which is the biggest and best party of the whole week, yet the carnival will unofficially continue for a few weeks later.

Rio’s carnival is intense, yet Salvador’s takes it to a whole new level. A popular choice for tourists is to go to Salvador a week before carnival to enjoy the pre-carnival week (there are plenty of street parties and the atmosphere has an intense vibe) before heading down to Rio for the official carnival experience. Just remember to book accommodation in advance and be prepared to pay up to three times the usual costs in both Rio and Salvador.