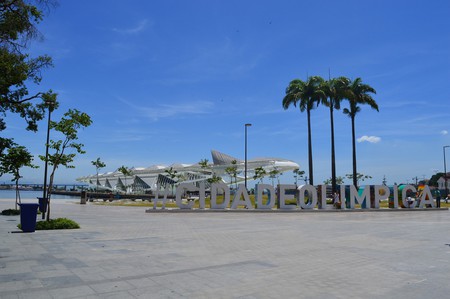 Often overshadowed by the art scene of São Paulo, the gallery circuit in Rio de Janeiro is currently experiencing a renaissance. With its international profile on the rise, we look at ten galleries that validate Rio’s status as a must visit destination for art and culture.

Museu de Arte do Rio was opened in 2013 as part of Rio de Janeiro’s plan to revitalize its cultural sector in the lead up to the 2014 World Cup. The museum’s highly innovative design, the work of Bernardes + Jacobsen Arquitetura, comprises three existing buildings of differing architectural styles that have been joined together under a single, billowing roof. Exhibitions draw from the museum’s permanent collection of roughly 3,000 works of Brazilian and international art, and are rotated throughout the year. Museu de Arte do Rio is celebrated not only as a positive cultural addition to the city, but also as an iconic building within Rio’s developing urban landscape.

Oscar Niemeyer’s Museu de Arte Contemporanea Niteroi is another architectural gem housing an impressive collection of contemporary artworks. The saucer shaped building includes a Hall of Exhibitions and a viewing gallery, boasting wraparound windows with stunning views of the surrounding sea and mountains. Remarkable in its own right, the structure’s highly unusual design lends itself to the display of the artworks, making for one of a kind exhibitions. Among the list of Brazilian and international artists in the museum’s collection are Helio Oiticica, Franz Weissmann, Lygia Clark, Artur Barrio and Carlos Vergara. 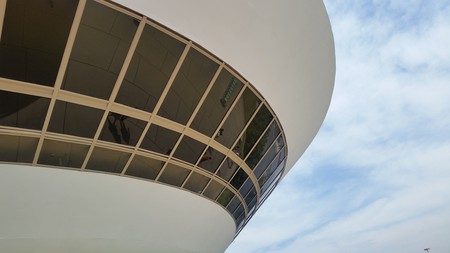 Spread over three floors of gallery space, Anita Schwartz presents a rotating program of monthly exhibitions by established and emerging artists. The gallery has been an important reference point for contemporary art in Rio for over 25 years, serving to highlight the unique voices of artists within the country. In recent years Anita Schwartz has brought in foreign artists to complement the gallery’s list of national names, thus encouraging creative exchange between the aesthetics of different cultures. To build upon its exhibition program the gallery holds a series of lectures and panel discussions in attempt to bring visitors nearer to the creative process. 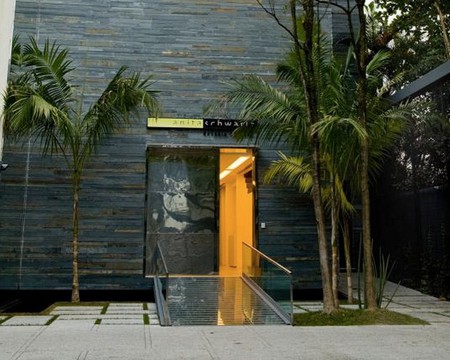 A Gentil Carioca was founded in 2002 as the joint initiative of three reputable Brazilian artists: Marcio Botner, Ernesto Neto and Laura Lima. The gallery is not merely a site for exhibitions, but is intended as a place where one can produce, experience, reflect upon and celebrate the art market. The location of the space, which is situated in the historic district of Sahara, was carefully considered, playing upon the gallery’s nature as a center of cultural exchange. As the largest open air market in Latin America, Sahara began around a century ago by immigrant Arabs and Jews, and reflects the gallery’s view of the artwork as a melding of international influences. A Gentil Carioca fits perfectly into this unique location from its position in one of the many colonial townhouses that characterize the area. 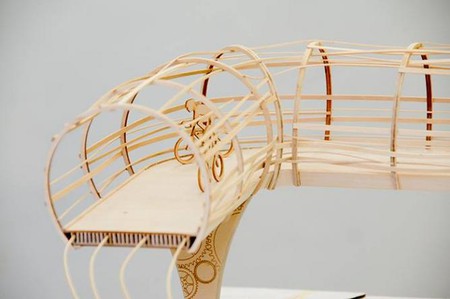 Museum of Modern Art Rio, or MAM Rio, was inaugurated in 1948 in a room of the Baovista Bank, and exists today as one of the most important cultural institutions in Brazil. The museum was moved in 1967 to a stunning modernist construction designed by the architect Affonso Eduardo Reidy and celebrated its opening with a retrospective exhibition of the work of Lasar Segall. MAM has been at the forefront of artistic experimentation in Brazil since its inception, and many important art groups, such as the Neoconcretists, were sustained as a result of the support the museum lent to their projects. 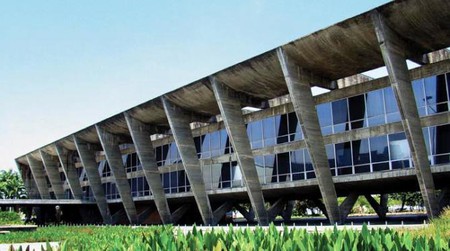 Active in the Rio art scene since 1987 Artur Fidalgo Gallery values the strong contemporary voices of established artists as well as the fresh perspectives of newer talents. The gallery’s cutting edge exhibition program is defined by the desire to move beyond familiar territory in art, acting as a platform for true innovation. Danilo Ribeiro, Fernando de La Rocque and Julia Debasse are among the emerging artists showing here, while more renowned names include Albano Alfonso, Ernesto Neto, Hildebrand de Castro and Victor Arruda. 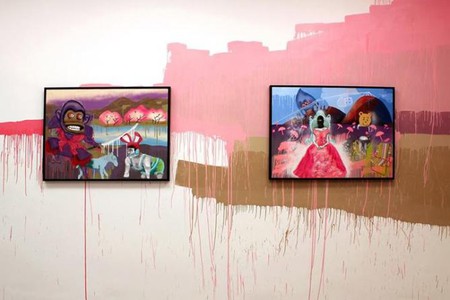 Founded in 2002 by art collector Ricardo Rego, LURIXS Contemporary Art recognizes a fundamental difference between the purchase of art and commercial transactions of any other kind. The gallery is therefore committed to promoting dialogue between artists, critics, curators and the public, and values the exchange of ideas above the sale of artwork. The artists represented by LURIXS are spread across different generations, working in a variety of media and traditions. Hélio Oiticica, Renata Tassinar and Raul Mourao are among the recognizable names to be seen here. 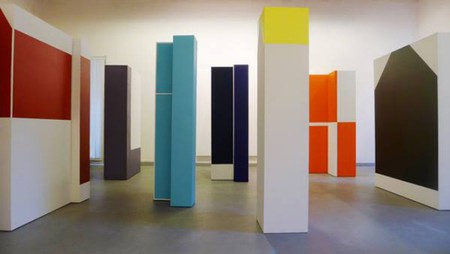 Luciana Caravello, who has been showing the work of Brazilian artists since 1998, opened Luciana Caravello Arte Contemporanea in 2011 in Rio’s Ipanema neighborhood. The gallery’s purpose built exhibition space successfully integrates elements of classic architecture with modern design features, maintaining Rio’s picturesque infrastructure while looking to the future. A regular program of high quality exhibitions highlight the work of established and emerging artists, placing particular attention on the most cutting edge works in order to prove Brazil’s relevance at the forefront of the international art scene. 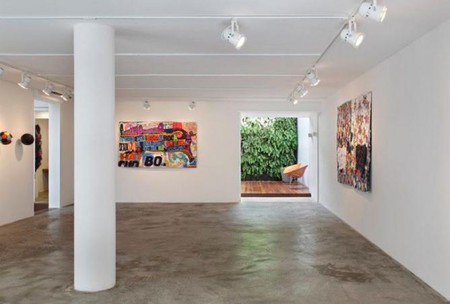 Galeria Laura Marsiaj opened its doors in April 2000 during a period in which the art scene in Rio de Janeiro was stagnating. The gallery provided a much needed platform for the dissemination of contemporary art, demonstrating a belief in the city’s potential as a cultural center. By showing the work of newer artists and promoting creative dialogue both within the country and abroad, Galeria Laura Marsiaj gives credibility to emerging voices, strengthening their names within national and international art circles. An additional exhibition space was inaugurated in 2005 to show the work of guest artists and to serve as a venue for more experimental works. Artworks shown within both galleries take on a variety of forms including photography, painting, installation, sculpture and video to name a few. 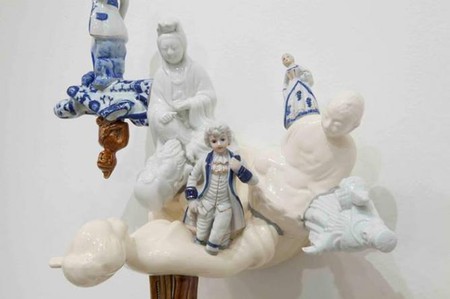 In 2013 the Swiss institute Daros Latinamerica, one of the world’s most extensive collections of Latin American art, moved its collection of 1200 artworks to Rio de Janeiro. By bringing the collection to Brazil, curator Hans-Michael Herzog hoped to create a space for the celebration of Latin American art in the place of its origins, meanwhile providing a platform for discussion between artists and art appreciators. The collection is housed in a monumental, neoclassical building designed by architect Francisco Joaquim Bethencourt da Silva in 1866. An extensive restoration program of this heritage listed structure began in 2006, and the building finally reopened in 2013 amidst the rapidly developing cultural circuit of Rio. 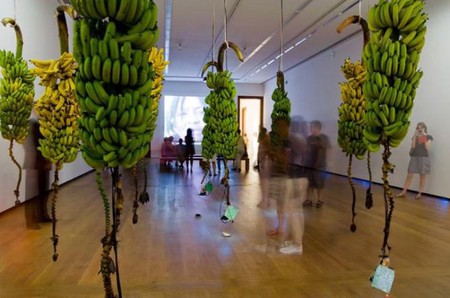 © Casa Daros
Give us feedback