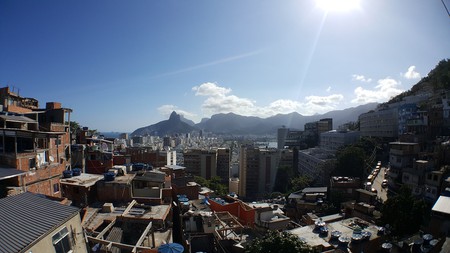 Carioca funk is a type of Brazilian dance music originating from Rio de Janeiro. The lyrics are often centered around references to sex, women, and substance abuse, yet some attempt to explore social issues as well, most related to favela (slum) life. Baile funk is the party where this genre of music is played, and most take place in Rio’s favelas. Culture Trip explores six funk artists you should check out.

The name Wagner Domingues Costa would probably go unnoticed, yet his stage name Mr. Catra is famous throughout Brazil. Known as one of the most influential and significant funk artists on the Brazilian funk scene, he is as legendary for his music as he is for the number of children he has, which stands at 32. Beginning his career in rock music, Mr. Catra later started a company that organized bailes de funk (funk parties) and gradually moved into this area. Some of his popular songs include “Uh! Papai Chegou” (Oh! Daddy arrived) and “Mansão Thug Stronda” (Stronda Thug Mansion).

Ludmilla is considered one of the major representatives of carioca funk in Brazil, creating a slightly more mainstream funk sound by mixing in pop elements. The young singer, who is currently 21 years old, rose to fame in 2012 with the track “Fale Mal de Mim” (Talk badly of me) after it went viral on Youtube. She used to be known as MC Beyoncé, a name coined from her love of the American idol. However, in 2013, she returned to her birth name, Ludmila, after a legal dispute with her former manager.

One of the best known female names on the scene and considered the queen of funk, Valesca Popozuda was the lead singer for the funk band, Gaiola das Popozudas. Her name, Popozuda, roughly translates to large butt in English, which the artist insured for R$5,000,000 (US$1,601,229) in 2010. She left the group, dropped the name Popozuda, and found greater success as a solo artist. Some of her most popular songs include “Late Que Eu Tô Passando” (Bark, I’m coming by), “Beijinho no Ombro” (Kiss on the shoulder) and “Eu Sou a Diva Que Você Quer Copiar” (I am the diva that you want to copy).

Nego do Borel is the stage name of Leno Maycon Viana Gomes, a 24-year-old funk artist famous for singing funk ostentação, sometimes known as Paulista funk. Paulista funk comes from São Paulo and centers its musical themes around topics such as cars, life in the slums, ambitions, drink, and women. Although Nego do Borel specializes in Paulista funk, he was born in Rio de Janeiro. Some of his most popular songs include “Os Caras do Momento” (The guys of the moment), “Diamante da Lama” (Mud diamond) and “Bonde do Brabos.”

Deise Tigrona is a carioca funk artist who started her working life as cleaner until her song “Injeção” (Injection) brought her fame. She is known for her use of highly sexualized metaphors that have created largely successful songs, although they have come with some criticism, especially the songs that openly discuss women and sex such as “Injeção” and “Sex-o-matic.” She argues that her music is purely entertaining and for dancing, not for causing offense, and has received praise for her catchy melodies.

Tati Quebra-Barraco is famous for her role as one of the first female hip hop artists in Brazil, breaking into what used to be an incredibly male-dominated market. Nowadays, she is known for her music of the carioca funk genre, with her lyrics containing strong sexual references while attempting to break stereotypes and promote equality of men and women. One of her most popular and well-known songs is “Elas Estão Descontroladas” (They are uncontrolled).