Rio de Janeiro vs São Paulo: The World of Rappers 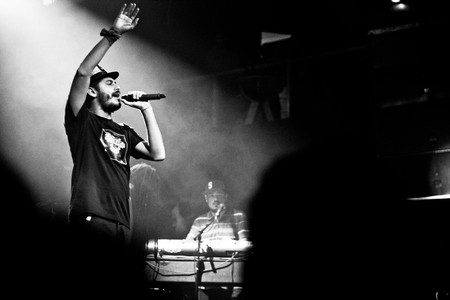 Brazil has a popping rap scene that grew mostly out of the favelas in Rio de Janeiro or the pereferia of São Paulo, the endless urban outskirts of the city. These harsh realities became the fuel for some of the greatest rap music that Brazil, and the rest of the world, has seen. We take a look at some of the best rappers from these respective cities.

MC Marechal, aka Rodrigo Vieira, was born in Niterói in the state of Rio de Janeiro. His lyrics are considered to be composed and performed in a different manner to other rappers, with the objective to carry a message of ideals and inspire thought, rather than simply inform or entertain. Marechal founded the famous rap battle Batalha do Conhecimento (“Battle of Knowledge”), that reflects his personal approach to rap. The Batalha do Conhecimento seeks to improve the content of the lyrics in a rap battle. Instead of ridiculing or attacking the rival – known as a Batalha de Sangue, or “Blood Battle” – the Batalha do Conhecimento encourages ideas of new concepts, education, culture and politics.

One of the most well-known rappers in Rio de Janeiro, Marcelo D2 began his solo career with the album Eu Tiro é Onda, which was well-received within the rap scene of Brazil. In some of his songs, he mixes samba with hip-hop, most notably in a collaboration with will.i.am from the Blacked Eyed Peas. One of his most successful and well-known songs is Desabafo.

Criolo was originally known on the rap scene in Brazil as the creator of Rinha dos MCs (a battle of freestyle rap), yet gained international success for his solo work, especially from his album Nó Na Orelha, which won Best Album of the Brazilian Music Video awards. Born in the pereferia of São Paulo in a favela, Criolo sings about his life, touching upon a variety of themes from urban structure and public transport, to more distressing topics such as racism, police brutality and murder. His music is widely acclaimed as a social critique of Brazil that manages to avoid straying into political debate and maintains an edge of entertainment.

Considered the most important and influential rap group in Brazil, Racionais MC’s are made up of four members and are most famous for their ground-breaking song Vida Loka. The group grew up together in the ring of favelas that surround the city center of São Paulo, the social injustices and violence there inspiring their lyrics as they fueled their experiences into powerful songs. As with many rap artists, Racionais MC’s provide a social critique of Brazil that reflects the issues from the 70s, 80s and 90s.

Emicida, aka Leandro Roque de Oliveira, is one of the most well-known rappers in Brazil, his quick wit and talent in improvised rapping earning him respect in the MC scene. His stage name, Emicida, is a mix of the words Emcee (MC) and homicide, the latter coming from his reputation as a killer in the battles of improvisation, capable of beating his opponents through his rhymes. He grew up in a poor family in São Paulo and raps about his experience of his father dying when he was just a child in his song Ooorra.