Project Morrinho: the Mini Toytown Favela From Brazil That Traveled the World 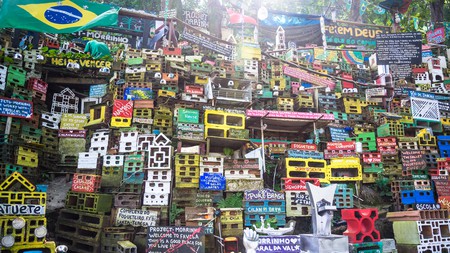 Though it began as a toy, Project Morrinho managed to capture – perhaps for the first time – the vivacious energy and a sense of playful fun so often missing from depictions of favela life | © Bjanka Kadic / Alamy Stock Photo

In 1997, two young Brazilian brothers whose family had recently moved to Rio de Janeiro from the countryside began to play a construction game like no other. Decades later, what began as a game has transformed their lives and their community, and challenged international stereotypes about life in Rio’s favelas.

Living high on the hillside in Pereira da Silva – a favela (shantytown) community occupying a lofty position above the old colonial mansion houses of Santa Teresa – 14-year-old Cirlan Oliveira and his 8-year-old brother Maycon used pilfered bricks and other found materials to craft an intricate, scaled-down model of their new surroundings.

Populated by modified Lego figures, the mini replica was complete with shops, bars, bandidos, police cars and bailes (warehouse parties soundtracked by the distinctive, bass-heavy sound of baile funk music). Their fast-growing backyard brincadeira (game) became a perfect snapshot of favela life, played out in miniature. They called it Morrinho (little hill), in reference to the fact that, like many Rio favelas, the real-life community is perched on a hillside.

Like the real favela, the makeshift mini-community quickly spread over unclaimed land. Other young people from the neighbourhood clamored to join in the construction, and the intricate mini-favela soon occupied over 400sqm (4,305sqft). In a city where favelas are largely seen only in negative terms, this was something truly unique: the young people had captured the essence of their community, with its vivacious energy and a sense of playful fun so often missing from depictions of favela life. In Morrinho they had created not only an eye-bogglingly elaborate open-air art installation, accurate to the tiniest detail, but also a safe space where they could play out favela dramas with their Lego characters. 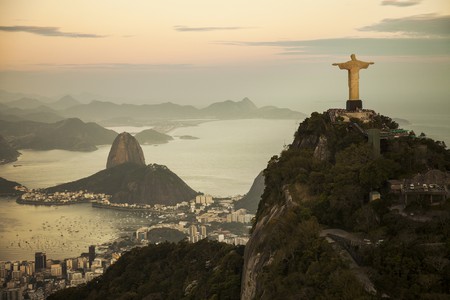 Word of the boys’ creativity began to spread outside the community, and when photographers from National Geographic arrived to snap the colorful scene in 2002, it sparked a flurry of media interest that brought in outside investment, television appearances and the opportunity to produce scaled-down replicas at arts events around the world as well as within Brazil. The micro-favela became a visitor attraction that continues to bring many a film crew, photographer and fascinated tourist into the steep streets of Pereira da Silva.

In 2001, documentary film makers Fábio Gavião, Marco Oliveira and Francisco Franca invited the boys to try their hand at shooting their own micro-movies, using Morrinho as the backdrop and its 1,000-plus Lego inhabitants as leading actors. Fueled by their imagination, the boys created compelling, darkly humorous short films. Their aptitude and enthusiasm for the camera inspired the documentary makers to create a series of audiovisual workshops that would give Morrinho’s creators the skills to make their own mini-movies. The project evolved into TV Morrinho, an independent film company and community project that expanded into an official NGO called Morrinho Social. TV Morrinho’s short films show the boys’ hands moving the favela’s Lego residents through improvised adventures based on the realities of community life. Romantic dramas and small-scale adventures play out alongside the more turbulent side of life in the favela.

In 2006, local film producer Chico Serra joined the TV Morrinho ranks to give a professional edge to the home-made movies, and the following year helped develop a short film for kids’ channel Nickelodeon. The result is the engrossing morality tale Saci No Morrinho. In this film, Saci (a mischievous character from Brazilian folklore) wreaks revenge on a Morrinho thief who has been mugging children for their sweets. The movie won several short film awards in the year of its release.

Because of the media attention, the creators of the micro-favela were invited to recreate scaled-down versions of Morrinho at major arts events around the world, such as the 2007 Venice Biennale. This evolution was documented in the fascinating full-length 2008 Portuguese documentary Morrinho: Deus Sabe de Tudo Mas Não é X9 (God Knows Everything But Isn’t a Snitch).

As a 14-year-old playing a complex game with bricks and Lego houses, Cirlan could scarcely have imagined how far the project would take him. Looking back, he says, “to tell the truth, we could never have imagined where this would take us, and that we would be invited to share our work with an international audience and share space with famous artists, with people from other places and cultures, and with different visions and viewpoints.”

Given the popular misconceptions about Rio’s favelas – usually dismissed as shanty towns or slums by international press, and represented as no-go badlands – the success of Morrinho has allowed its creators to educate an international audience about the more nuanced reality of favela life.

Visitors to Rio de Janeiro can visit the original, and ever-evolving, Morrinho Project at its home in Pereira da Silva and see favela life from a unique perspective. Not least because it’s easy to get lost in the labyrinthine streets, out-of-towners are best advised to arrange guided visits in advance, via Morrinho.

Chico Serra is an independent filmmaker who has worked with Morrinho Project since 2006, and co-produced many award-winning TV Morrinho films. “It has been interesting to see how the evolution of something that began with making little houses from bricks has led to running a project that affects the whole community in Pereira da Silva, either directly or indirectly,” Serra says. “As well as the social project. Nowadays there are hostels and lots of visitors to the community, and much of that is due to to Morrinho. Now people from Brazil and overseas have heard of Pereira da Silva, and it’s being shown in a positive light.”

Morrinho Project has also helped them lead by example, showing young people within the community that artistic endeavors can reap real rewards.

Frances Ridley is a British arts enthusiast and photographer who from 2007-2009 worked on cultural projects with children and young people from Pereira da Silva as a volunteer with Morrinho Project. She says, “It was wonderful to be part of something so unique, and in 2010 I was able to meet up with the project again, when the Morrinho crew created the South Bank Favela in London as part of the huge Festival Brazil. It was amazing to see the community I know and love so well, recreated in my home country.”

Stressing the importance of Morrinho in creating positive role models, Ridley adds, “Not only does Morrinho offer young people an opportunity to get involved with the arts, but it has also been really successful in communicating the culture of the favela in a visual way, and hopefully changing people’s perceptions.”