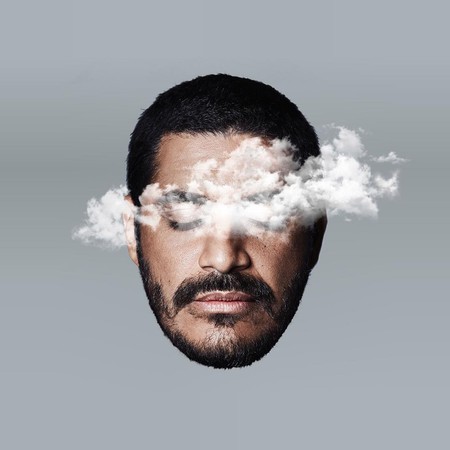 Kleber Cavalcante Gomes, otherwise known as Criolo, is something of a national hero. His career spanned 23 years before he broke into the international rap scene in 2012, and he continues to be successful today. His talent as much as his strong values for social justice won over the nation, crowning him a rap legend in Brazil.

Criolo was born and raised in Grajau, a large district on the outskirts of São Paulo city that faced social injustices, inequality and occasional violence. At the age of 11, Criolo started to focus his efforts on rap by performing at small local venues, his lyrics reflecting the conditions in his neighborhood. His career officially started in 1989, aged 13, yet at this point, he wasn’t big on the rap scene. Instead, he was known as the creator of Rinha dos MCs, an event that held weekly rap shows, freestyle battles, and graffiti and photography exhibitions. It was an arena that celebrated a rich diversity of talent and provided a platform for upcoming artists. It still remains an important and influential event on the urban scene today.

In 2006, Criolo released his debut album, Ainda Há Tempo (There’s Still Time), that earned him a reputation in São Paulo as one of the most important and exciting rappers in the city. However, the turning point in his career came in 2011 when he released his second album, Nó na Orelha (Node in the Ear) first in Brazil and later internationally in 2012. It was this album that took his music beyond Brazil and brought the opportunity for live performances not just at home, but around North America, Europe and Australia too.

The album, Nó na Orelha, was awarded best album at the Brazilian Music Video Awards in 2011. It was clearly a rap album yet it combined captivating elements of samba, brega and reggae. Criolo had been quietly mixing this style for years, but this album marked a phase in his career where years of experimenting were finally made public. These additional elements came from the influences of the north-east where his migrant parents are from.

Growing up in a neighborhood of one million people from all corners of South America exposed Criolo to a mix of cultural information and sounds, and it became natural for him to mix musical styles. The result was a raw yet well orchestrated album with a sound not quite like anything heard before. He left his album available for free download on his website, claiming he wanted to ease the dialogue between people, break barriers and let music be available for whoever wanted it, when they wanted it. In less than one month, more than 50,000 people downloaded it.

Criolo is highly respected throughout Brazil for his strong values for justice, especially regarding racial discrimination, social inequality, and the limited prospects for young people growing up in the suburbs. Criolo once described a scene from his childhood that influenced his music and morals. He had suffered an accident at home and his father, concerned for his son, picked him up and carried him to the hospital. However, on arriving the nurses called the police, thinking that the father had kidnapped him as it was considered strange for a black man to be carrying a white child.

His lyrics in his songs are powerful and deep, capturing the narrow reality of many people in poorer suburbs, yet still offering an uplifting glimmer of hope. In his song, Não Existe Amor em SP (Love Doesn’t Exist in São Paulo), he sings:

“There is no love in SP
The bars are full of empty souls
Greed vibrates, vanity excites
Give me back my life and die
Drowning in its own sea of gall
Here nobody goes to heaven

One of his most famous songs is Ainda Ha Tempo (There’s Still Time), with lyrics such as:

“People are not bad
They are just lost
There is still time.”

Criolo represents hope for poorer communities in Brazil, offering outsiders an eye-opening glimpse into a different reality while providing a platform for discussion on social issues, injustices and the everyday troubles of many people in the country. It’s these values and factors that have made Criolo one of the most important and liked modern-day musicians in Brazil, and a well-respected rapper on the global scene.