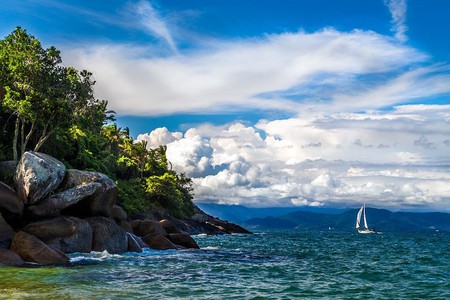 São Paulo gets called many things: bustling, chaotic, gray, a financial hub, to name a few, but not ‘paradise’, which is usually reserved for other places in Brazil. But ‘paradise’ is the best description for many regions in the city’s namesake state, where pristine beaches, dense jungle, and cathedral-like caves are just a few hours’ drive from the cultural metropolis.

Where do residents of São Paulo city head for a weekend break? They go to São Paulo’s northern coastline in search of the landscapes found in Ubatuba, where pristine white beaches and crystal-clear waters set the scene for the perfect beach day. The surrounding Atlantic forest that clings onto the Serra do Mar mountain range explodes into vibrant greens during the region’s rainy season, which lasts from January until March, yet the flora and fauna remain wild and beautiful all year round. Head there between August and December to enjoy the long, dry days at the beach, trekking through the jungle, exploring the area on boat trips, or surfing the large waves that hit some of the shorelines.

The appropriately named Ilhabela (which literally translates to ‘beautiful island’) gets its good looks from the volcanic peaks, untouched beaches, and wild jungle. There are hours of exploring to be done on the island from wildlife-spotting in the dense forest to diving among 16th- and 17th-century shipwrecks in the surrounding sea. A 20-minute boat trip from the mainland, Ilhabela is a popular weekend retreat for São Paulo residents and can get busy during the peak season (Brazil’s summer months and holidays). The best time to go is between August and December when the weather is pleasantly warm, there are fewer crowds, and the days are usually sunny and dry.

If the image of paradise comes in the shape of mountainous retreats while keeping cozy in Swiss-style architecture among pine trees, then Campos do Jordão will indulge those whims. This location favors warm clothing and cold getaways over swimwear-clad beach days. Being the highest city in Brazil at 1,628 meters (5,341 ft) above sea level, the winter months between May and August see temperatures below freezing, but this also happens to be the best time to visit. Come and enjoy experiencing the city’s famous fondues, soups, and hot chocolates next to snug fireplaces. 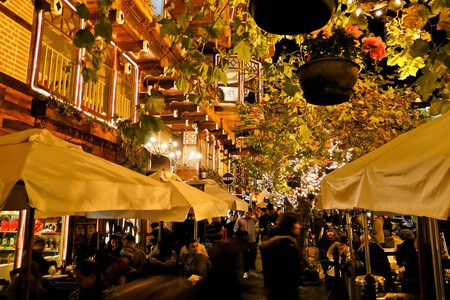 For those wanting an off-the-grid escape, then look towards Ilha do Cardoso, São Paulo’s deserted island where the beaches are rarely (if ever) crowded and good, old-fashioned walking replaces cars. The island is home to just 400 residents, and local conservation projects restrict tourist numbers in an effort to preserve the thriving ecosystem there. The result is wild beaches, dense forest riddled with less-trodden paths, and mangroves home to exotic wildlife, where visitors can disconnect and explore untouched nature. Dolphins and the occasional seal can be spotted just off the island’s shorelines. 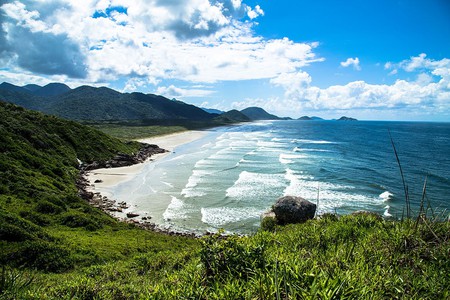 The PETAR (Tourist State Park of Alto Ribeira) caves provide an underground paradise of unusual rock formations, natural freshwater pools, and chambers the size of abbeys. The fact that the caves are far from civilization and accessible via dusty tracks is part of the appeal, rather than a hindrance. The trails to the caves wind through the thick forest and across small streams. There are more than 400 caves in the region and just a handful are open to the public – yet that still gives plenty of opportunities to find peace and tranquility in ancient caverns and silent passages. 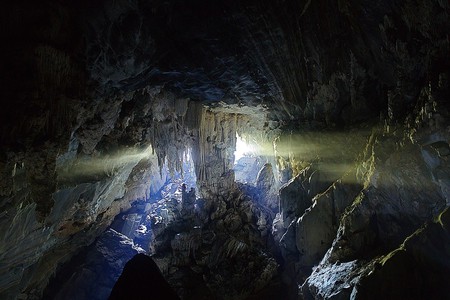 Paradise can be found within the depths of the forest with crystal-clear streams that run into picturesque waterfalls, or from panoramic viewpoints that overlook canopies far below, which is the case with the Corisco hike in the State Park of Serra do Mar in São Paulo/Rio de Janeiro. The 20km (12.4 mile) route snakes through thick vegetation and is challenging – it takes nine hours to complete the course and the path winds up to altitudes of 600 meters (1,968 feet) high, so only attempt it if you are fit and healthy. When you reach the top, you’ll see the breathtaking vistas and empty trails offer a rewarding escape from city life. 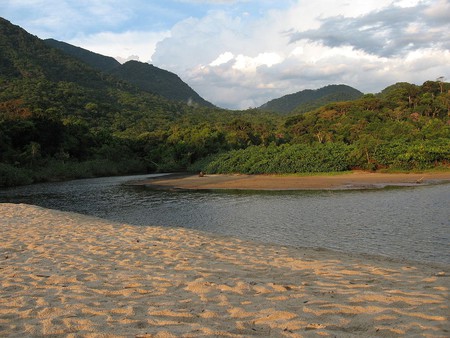 The Hike of Silence

Sometimes paradise can simply be a few moments of peace and quiet, such as along the Hike of Silence in the State Park of Jaraguá in São Paulo. The hike is just 800 meters (half a mile) there and back, and is edged by emerald-green forest and thick vegetarian where the only sounds are birdsong, the chatter of marmosets, and the gentle hum of flying insects. The trail is well-paved with support rails and benches, making it a blissful discovery that can also be enjoyed by those in wheelchairs, elderly visitors, and the visually-impaired.