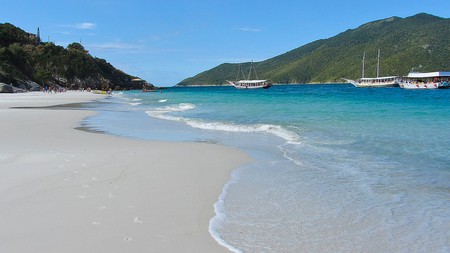 The pristine beaches of Arraial do Cabo | © Edu / Flickr

More than just a coastal city, Rio de Janeiro is a state in Brazil with dozens of towns, national parks, beaches, and mountains that offer a different side to what most tourists see of Rio. From colonial settlements and picturesque waterfalls to mountainous hikes and tropical beaches, there is something to cater for every whim – all within a couple of hours from the main city. Here are the must-visit destinations outside Rio de Janeiro.

Located in the southern tip of Rio de Janeiro, Paraty is a charming coastal town that was once a thriving gold port. Nowadays, it’s known for its colonial architecture, cobbled streets, and boat trips to uninhabited tropical islands. Its slow pace of life attracts writers, musicians, and artists who are drawn to the creative possibilities here. The town’s must-see attractions include boat trips and snorkeling, exploring the surrounding trails and waterfalls, and visiting the cachaça distilleries. There is also the famous Pedra que Engole, a crevice between rocks where visitors can slide through a curtain of water into an underground cave. 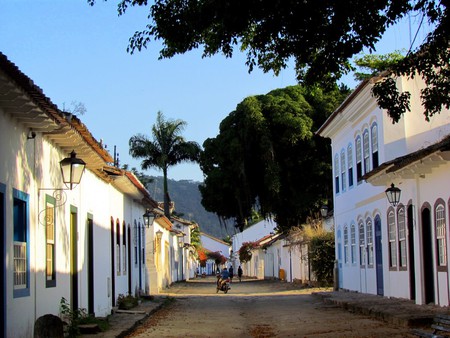 Teresopolis is a small, mostly residential town made up of colonial architecture. The main draw is the surrounding nature from the Serra dos Órgãos national park that offers wonderful trekking opportunities with long trails and hidden waterfalls. The area is known as Brazil’s capital of mountaineering with several large peaks, including Peak of Pedra do Sino which stands at 2,263 meters (7,425 ft) and the famous Peak of Dedo de Deus at 1,651 meters (5,417 ft) which looks like a curled fist with a long finger pointing at the sky. 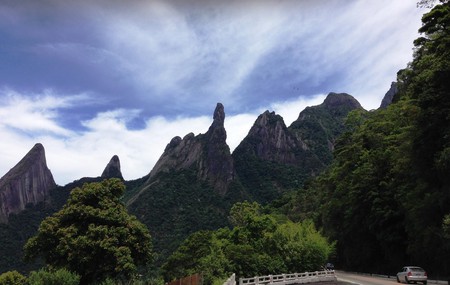 A picturesque island just off the coast of Rio de Janeiro, Ilha Grande – meaning ‘Big Island’ – is a slice of paradise with untouched white beaches, crystal clear seas, and wild jungle hikes. The island is car-free and has a small population of locals, leaving the rest to nature. Take a hike to the summit of Pico Papaguio, the highest peak on the island, for breathtaking panoramic views, or visit the abandoned prison on your way to Lopes Mendes beach, considered one of the most beautiful in Brazil. 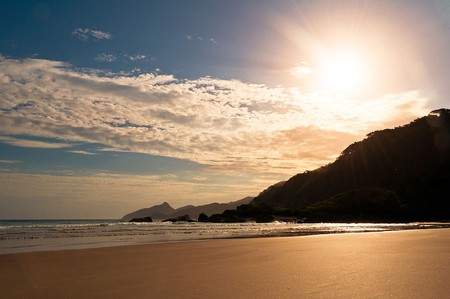 Once a sleepy fishermen’s village, Buzios was firmly fixed on the map after a visit from French actress Brigitte Bardot and her Brazilian boyfriend in the 1960s. Buzios is made up of three towns – Manguinhos, Armação de Búzios, and Ossos – which are known for tropical beaches, excellent snorkeling and diving, and an enticing selection of restaurants and bars. There are more than 20 beaches in Buzios and one of the best ways of exploring them is by taking a boat trip. 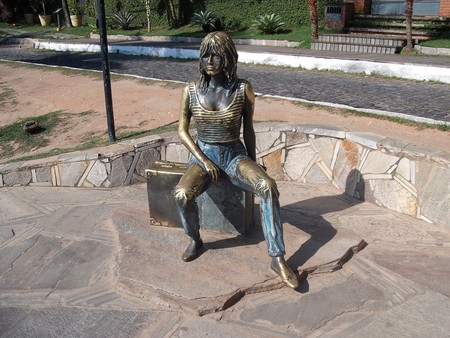 When locals in Rio de Janeiro fancy pristine beaches and peaceful settings, they head north to Arraial do Cabo. The small town has a few low-key restaurants and lively bars at night, yet the main appeal is the pristine white sand and crystal-clear water. Enjoy quiet days on the beach and make the most of the water’s visibility by diving or snorkeling just off the coastline.

The pristine beaches of Arraial do Cabo | © Edu / Flickr

Although geographically in Rio de Janeiro, the island of Paqueta is so hidden and so tranquil that it seems a world apart from the bustle of Brazil’s most famous metropolis. A one-hour ferry journey to Paqueta is all it takes to leave Rio’s city center and arrive on the tiny island, which has no cars and plenty of dirt tracks for cycling around the perimeter of its pristine coastline. Enjoy quiet afternoons surrounded by colonial architecture and low-key bars and restaurants. 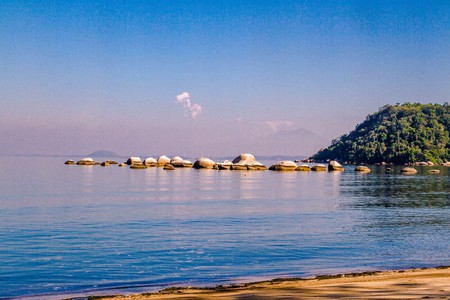 Once the residence of Dom Pedro II, the last emperor of Brazil, Petropolis is a small colonial town in the mountains just outside Rio de Janeiro. The town itself is packed with classic Portuguese architecture and attractions such as the Bohemia brewery which features a guided tour of the Bohemia beer production and free samples, the house of Santos Dumont, and the striking Imperial Palace. 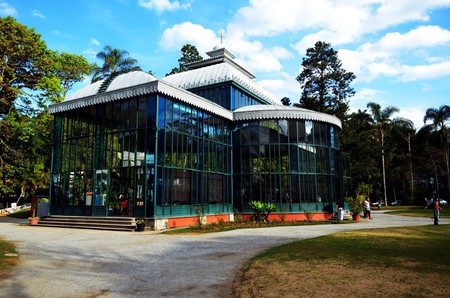 Itatiaia is purely for nature lovers with its wild, untouched national park with miles of rolling hills and dense forests to explore. There is also an abundance of waterfalls and natural pools to check out, including the waterfall slide where a sheet of water skims over a smooth, sloping rock, and the picturesque God’s Waterfall. For adrenaline junkies, the skydiving school offers tandem jumps as well as courses for those looking to learn the art of solo jumping. 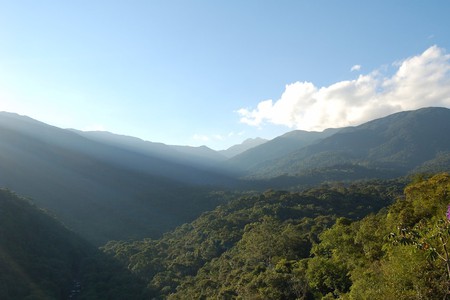