Menu of the Day: Food from Santa Catarina in Brazil 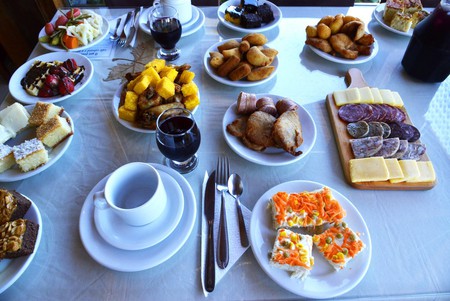 Located in the south of Brazil, Santa Catarina seems a world apart from more northern states thanks to its cold winters and European architecture. Colonization has been a major influence on the cuisine, where typical Italian and German dishes have been modified to incorporate local produce. Key dishes and ingredients include tortellini soup, lasagna, polenta, salami, colony cheese, and homemade bread.

Caldo de cano is sugarcane juice. It’s made fresh by grinding long stems of sugarcane and then filtering the juice over ice to make sure it’s extra cold. Naturally sweet, it’s a refreshing, non-alcoholic drink and can be found in most juice shops or at the farmers’ markets where it’s sold alongside deep-fried pastels. 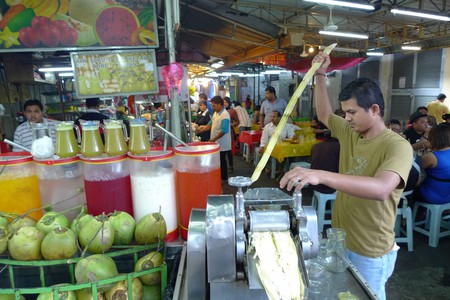 Colony cheese is iconic in the south of Brazil, originating from Rio Grande do Sul and later produced in Santa Catarina too. Typically made at home in rural areas influenced by past German and Italian immigration, the cheese can take months to mature, making it soft inside with a tough, yellow crust on the outside. It’s best with red wine (perfect for the chillier nights in the south of Brazil) and it’s commonly used in cooking for pizzas, pasta, and lasagnas.

Pinhão is a type of pine nut found in supermarkets in Santa Catarina in the winter months. Cooked in the pressure pot, it can be eaten as it is or used to produce other dishes. 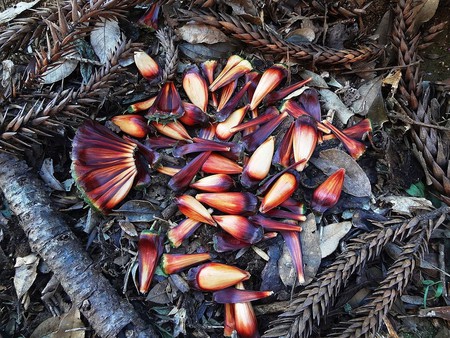 Polenta no fio has Italian roots and is a dish made from boiled cornmeal which then solidifies as it cools and turned into a firm loaf. In Santa Catarina, it’s usual to cook it for a long time to make the loaf hard – so hard that it can be cut with a cotton thread, or cut ‘no fio’.

Typically made with cheese, eggs, and a pinch of salt and pepper, the fortaia is like a simple version of an Italian omelet. It’s cooked in butter and once done, it can be served in the pan it was fried in or served on top of a polenta no fio.

Tainha, or ‘mullet’ in English, is one of the most common fish in Santa Catarina and a popular dinner option. It can be cooked in a variety of ways and is usually fried, barbecued, or roasted. 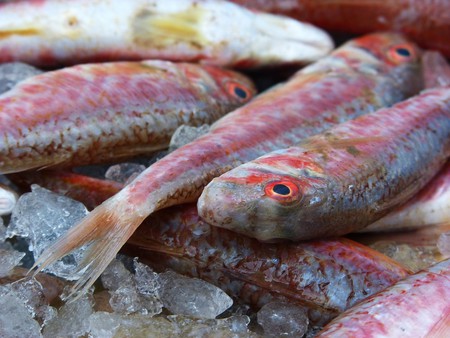 Mullet is a popular fish in Santa Catarina | © Pixabay

Rodizio – a term that means ‘all you can eat’ – is a popular option in Brazil and usually applies to sushi, pizza, barbecue, and, in Santa Catarina’s case, pasta. Finding a pasta rodizio is possible almost anywhere in Brazil but thanks to its Italian influence, Santa Catarina has among the best in Brazil. Go to a restaurant, pay a fixed price, and then help yourself to as much pasta as you want from the options available. 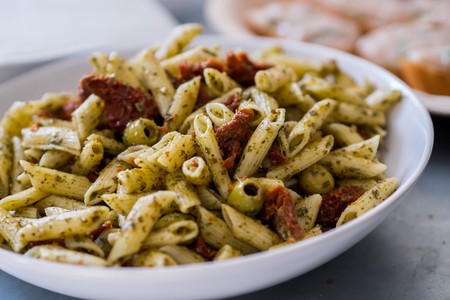 The Gaúchos is the term for the inhabitants in Rio Grande do Sul as well as the community of skilled countrymen from the south of Brazil, Uruguay, and the north of Argentina. They are widely known for the gaucho-barbecue where they roast meat over an open fire to produce tender, flavorsome meat that gives Brazil and Argentina its reputation of having the best barbecues in the world. The style has crept up to Santa Catarina and there are several gaucho-style barbecues with melt-in-the-mouth meat.

This spread is typical in the south of Brazil, especially in regions of German immigration, and is a meal with several types of food, like a buffet. Usually, the food is homemade and can be consumed at any time of day. It’s made up of a variety of bread, butter, cheese, cakes, ham, different spreads, cured sausages, wine, hot chocolate, pork, biscuits, honey, and all sorts of other goodies.

Marreco is a type of duck that is common in the north of Santa Catarina, especially in areas of German influence. It’s typically served with potato or apple puree, sauerkraut (finely cut cabbage), and spätzle (a soft egg noddle).

Defined as between a cake and a loaf of bread with a cassava crust on the top, cuca is made in regions influenced by German immigration. It’s relatively flat and can be made with various different flavors, such as pineapple or sweet banana.