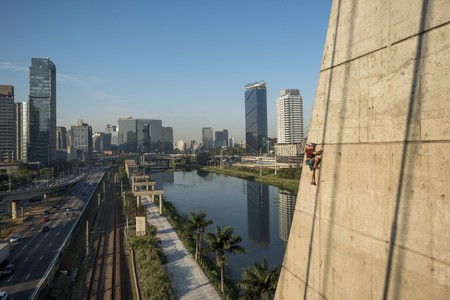 São Paulo native Felipe Camargo wanted to see his hometown like never before – so he decided to climb nearly 50 storeys high above the city for the most majestic of views.

Camargo climbed the east side of the mast of the Octávio Frias de Oliveira Bridge, which crosses the Pinheiros River. 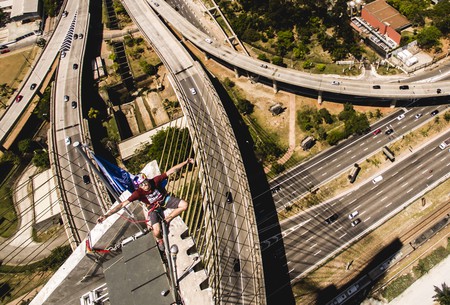 The Octávio Frias de Oliveira is a cable-stayed bridge in São Paulo, and has been a central part of the city’s skyline since it’s construction in 2008, standing approximately 138 metres (453 feet) high and 1,600 metres (5,249 feet) long.

Not content with what he was able to see at ground level, the experienced climber scaled a height equivalent to a 46-storey building and, in doing so, was able to take in one of the best possible views of São Paulo.

Camargo had been climbing long before he even reached his teens. Born in Riberio Preto, São Paulo, he climbed his first wall as at just ten years old and has been hooked ever since.

When he won the Brazilian Climbing Championships in 2006 he was still only 15, despite competing in the adult professional category. He has since maintained a career at the very top of world climbing, including urban structures and mountains faces, as well as bouldering and other climbing disciplines. 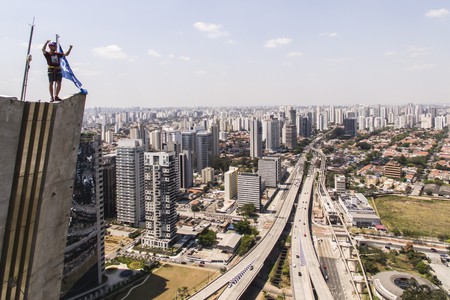 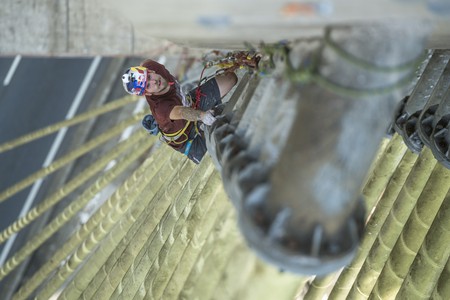 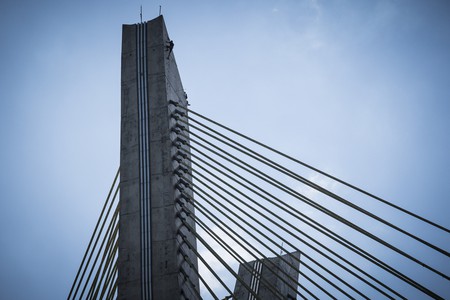 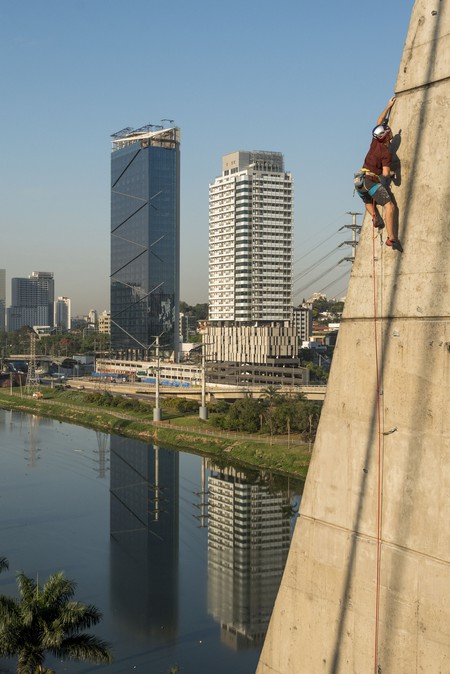