Meet the Families of Rio's Favelas: An Interview with Photographer Antonello Veneri 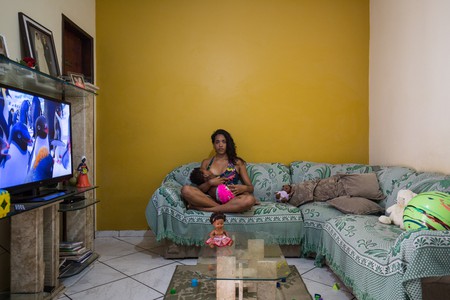 From the Interiores da Mare |© courtesy of Antonello Veneri

The architecture of Rio’s favelas has been a source of inspiration for numerous photographers. They come enchanted by the makeshift buildings that seem both decrepit and yet deceivingly strong, decorated in bright colors with strings of clothes hanging outside. A housing solution for those marginalised by society, these favelas are not put together by large construction companies, but the hands and labor of the residents who live behind the walls. 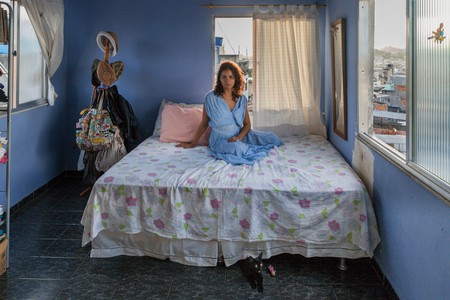 The families that construct these homes and the social fabric of favelas have largely been left out of photographic essays, with artists only seeing the façades of the community. This left Antonello Veneri with an unprecedented opportunity – to photograph the families of the favelas and tell the story of the Brazilian family unit. With the help of musician and cultural producer, Henrique Gomes, Veneri began Interiores da Maré – a personal project that set out to capture the lives of families in 16 favelas across Rio. The results are eye-opening and inspiring, offering a glimpse into a life few people truly get to know and highlighting the diversity of the people who live in these communities.

Veneri was born in Italy in 1973 and has been documenting life in Brazil since 2011. Culture Trip interviewed him to discover more about his project and what it was like to engage so intimately with people and their lives in the favela.

Can you tell me a bit about your career as a photographer?

For 10 years I was a journalist, photographer and professor of literature. I’ve been a photographer for a long time.

Why did you decide to photograph favelas?

I photograph what I find interesting to tell. What I think humans talk about. In these last few years in Brazil, I photographed everything. You can click a button in my file, on any subject, and find photos (laughs).

What inspired you to create the Interiores da Maré project? Why this particular favela? What other favelas did you photograph and why?

I arrived in Maré in 2012, photographing for an NGO from São Paulo, the Lua Nova. We went to Maré and met Henrique Gomes who works for the NGO Rede da Maré. Sampa’s (nickname for São Paulo) people left and I decided to stay for a few more weeks. Henrique and I started taking portraits of favela residents. The design soon took shape. We did not think there was a systematic, timely record of portraits of people inside houses. Posed portraits, looking seriously at the camera. The old fashion way. 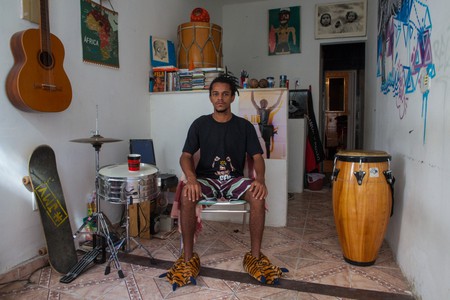 How did you select participants? How did you approach them to ask if you could photograph them?

In this project Interiores da Maré, Henrique, who besides working for NGOs, is a musician and cultural producer. He is an incredible guy, everyone likes him and nobody knows Maré better than him. We walk along, we walk a lot through the streets and alleys. And in our wanderings, we chat. It would be nice to photograph that resident, that family, etc. With this work, we want to talk about what is inside a community. The “inside” is not just a space or a place. The inside is something that involves feelings. Through the intimate space of the house, the objects, the looks, the colors we are telling a contemporary story, whether small or large.

How did the people you asked to photograph respond? Do they like it? Were any apprehensive?

Usually, at the first meeting with the people, we explain the project and if they accept we will schedule a day to photograph them. So far no one has refused to be photographed. We already made an exhibition, our project won a grant at the Travessias 4 (creative space that brings art exhibitions from Maré). As a result, we managed to print several large photos, almost in real-life size. We invited photographers and the photographed to the exhibition. They gave interviews, they were the protagonists and after the exhibition, we delivered the photos for them to put in their home. Some even reformed the room to value the photos. It was amazing. This is what I call “human return”. The photographers should always take care of this aspect. Take care of the photographed.
The idea, or rather the dream, is to publish a book, with at least 100 portraits of people and families and to deliver for each photographed person a book that remains as a memoir. But so far this is just a dream. Publishing a book is not easy.

How do you make the most of the people you photograph, since they are not professional models?

I am a documentary photographer. I always photograph people and not models. In Interiores da Maré the photographed opened the doors of their house to us and they presented us with their view. This is a lot and my way of thanking them was making them feel like the protagonists of Interiores. Each micro-story is part of a macro-story. Henrique and I just recorded it.

Some photographers took pictures of favela architecture, but not people. What made you choose the social side?

Generally, the photographic production of non-favela photographers is aimed at photographing misery and violence, but this place is a complex world, made up of a lot of energy, good and bad. Our project wants to tell a simple story, by going inside of things.

Have you faced any challenge in the favelas? Any security issues?

I lived for months in the Maré and like all the residents I had to experience conflicts between armed groups and police and army operations. 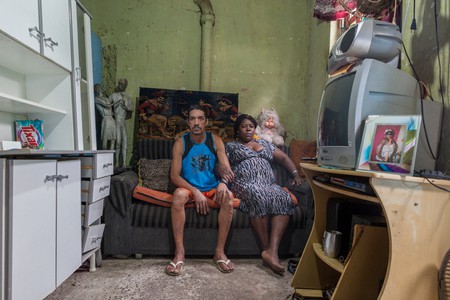 What have you learned about the favelas by connecting with them at such an intimate level?

I learned so much about so many aspects. Every Brazilian should have this experience, of living in a community for a while. I think Brazil would be a much better and less unfair country.

Do you think the project helped raise awareness of favelas? How did that make the difference?

Documentary photography has not changed and will not change the world. Yet it still has an important role to play. The photographer records “visually” a moment in the lives of those photographed in the history of mankind. Small or large, this moment is recorded in the form of a “visual narrative”. Nowadays, the documentary photographer does not give a voice to people or people (who can photograph themselves alone through cameras and cell phones) but can be a “cultural multiplier”, that is to say, through the media (newspapers and magazines, books and online) and social networks, it can tell an important and intense story.

As a photographer, what do you think of the outcome of the project?

It would be necessary to continue, there is still much to do, but the project is stopped. In 2015 we managed to win a grant that allowed us to do the exhibition and print the photos but we always self-finance the Interiores da Maré. We are anxious to continue but we have to wait for better times.