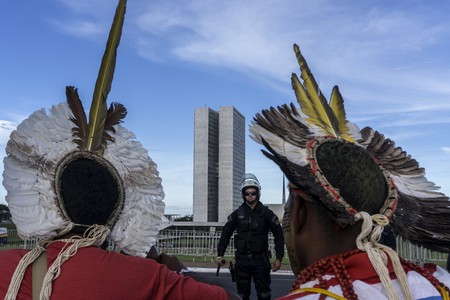 Across Brazil, land conflicts between indigenous communities and non-indigenous farmers and loggers have plagued the nation for decades. Co-opted by wealthy landowners, government agencies and security forces are seen to turn a blind eye, leaving indigenous people to fend for themselves. While economic gains are seemingly more important than the human rights of the country’s indigenous community, last month, this issue reared its ugly head once more in Brazil’s north-east, with a horrific attack which shocked the population.

At the end of April, in the north-eastern Brazilian state of Maranhão, a violent confrontation between local farmers and members of the Gamela indigenous tribe left 16 people injured. Indigenous men were rushed to hospital with bullet wounds, broken bones and severe stab wounds. Two had their hands hacked off by machetes, while three farmers were also injured. 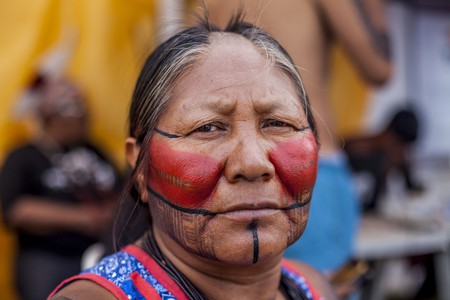 Witnesses say that a group of 30 members of the Gamela tribe entered the Ares Pinto ranch, which they regard as part of their ancestral land, during the afternoon. Finding the area empty, they set up camp.

Hours later, the farm’s caretaker arrived to find the indigenous families on the property. He then drove to the nearby town to recruit help to drive them out. An angry mob of landowners then arrived at the ranch with dozens of cars and motorcycles, determined to take the law into their own hands, which is when the violence ensued.

“This wasn’t a confrontation, it was a massacre,” said 60-year-old Francisco Gamela. “Who are we, with only our arrows, against their guns?” 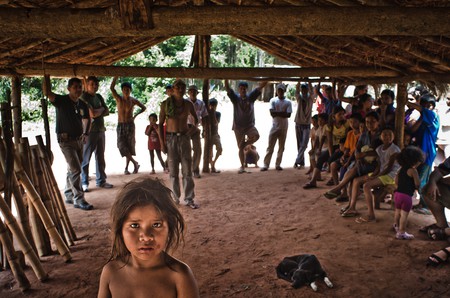 The rights of Brazil’s indigenous communities are often violated, due to negligence, incompetence or commercial interest. FUNAI (Fundação Nacional do Índio), the federal government agency created to protect indigenous rights, has a history of being co-opted by the influence of ruralist landowners, whose representatives control an estimated 25% of Brazil’s Congress. This interference has increased in the past year under the government of unelected president Michel Temer, who seized power in a 2016 parliamentary coup.

Demarcations of indigenous lands have been put on hold and government cuts have gutted FUNAI. With the agency already stretched to its limits, a decree signed by Mr. Temer in April scrapped hundreds of jobs and forced FUNAI to close 50 of its local coordinating units. While FUNAI has severe political problems, violent conflicts against indigenous communities only occur in areas where the agency has no physical presence.

One week after the attack on the Gamela tribe, FUNAI president Toninho Costa resigned, claiming he refused to “yield to political interference” in the government agency. With FUNAI, local government and security forces all controlled by ruralist interests, the ethnocide of indigenous communities in the name of land grabbing has effectively been decriminalized. Economic progress is seen as more important than preserving indigenous culture and, with the support of the authorities, farmers and loggers feel vindicated ousting tribal peoples from their ancestral lands, by any means necessary.

While these conflicts have escalated under the Temer government, they are hardly a new occurrence. In 2012, the indigenous struggle in Brazil gained nationwide coverage with the plight of the Guarani-Kaiowá tribe, one of the largest groups of indigenous peoples in the country, who have been forced to live on tiny reservations, where murder levels are comparable to war zones and suicide rates are astronomical. 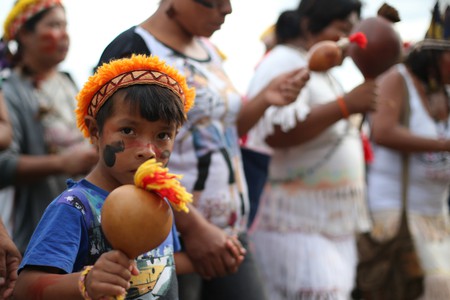 In October 2012, a group of 170 people from the Guarani-Kaiowá tribe was evicted from a riverbank in Mato Grosso do Sul. Surrounded by gunmen, hired by the farmer who legally owned the land, the group drafted a letter to the courts, announcing their mass suicide.

It read: “We ask the Government and Federal Justice not to issue an eviction notice, but to issue our mass suicide and to bury us all here. We ask you, once and for all, to order our complete extinction, as well as sending several tractors to dig a large hole and bury all of our bodies.”

The United Nations Human Rights Council recently demanded Brazil adopt more efficient methods to combat human rights violations, mentioning the land disputes between indigenous peoples and local agribusiness. However, to maintain their political and financial interests, the government (at the federal, state and municipal levels) chooses to look the other way. 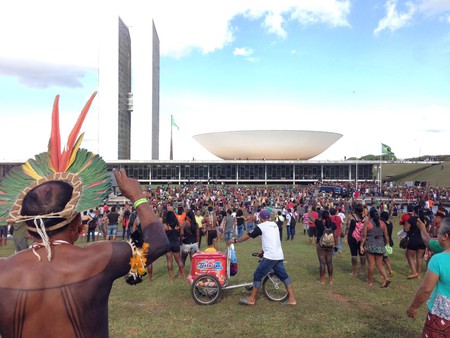 The national press does not give enough coverage to these conflicts, with newspapers focusing on the massive corruption scandals which threaten the future of Michel Temer’s government. Local reporters are routinely harassed and many risk their lives by criticizing the authorities. Between 2013 and 2016, 22 journalists were killed in Brazil while practising their profession.

Toninho Costa, the former president of FUNAI, warns that things are likely to get worse. “The indigenous community is going to have some difficult days from now on. The Brazilian people need to wake up, they’re anesthetized. We’re about to instate a dictatorship in this country, one which FUNAI is already living through, which doesn’t allow the foundation to carry out its constitutional policies. It’s really worrying.” 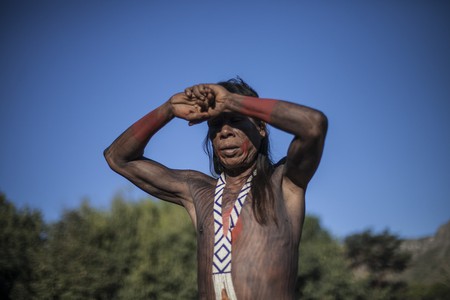