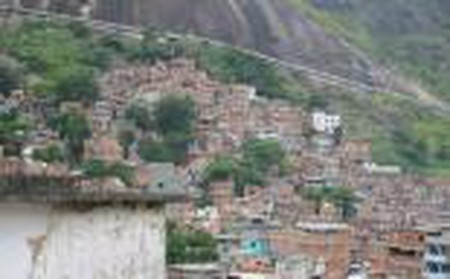 The slums of Brazil are some of the most impoverished areas in South America and contain legions of orphaned children. Melanie Scagliarini meets Mãe Preta who is trying to set up a refuge for these orphans. 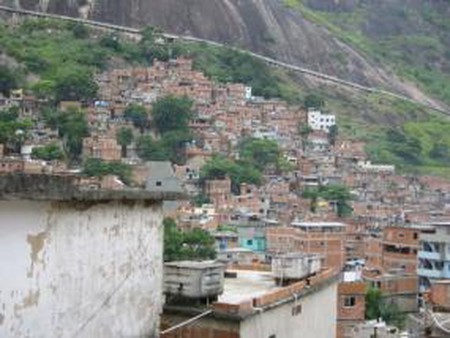 As the voices of the children singing floated upstairs into the small, basic office of the refuge, a small lady appeared in the doorway. Dressed in tracksuit trousers, a lycra top and laden with gold bangles and necklaces, her huge smile radiated the kindness that had propelled her to spend many years helping street children. Only the lines on her face told a deeper story of personal hardship and prostitution.

As the lessons start in the school room downstairs, Mãe Preta begins her story of how this refuge came to exist. In her little house in one of the roughest streets in Salvador, she would cook the simple, staple Brazilian fare of rice and beans, and the homeless would come in increasing numbers as the word of her generosity spread. Instead of turning them away, Mãe Preta simply bought more stoves. When she found it difficult to return the children to the streets afterwards; she brought them into her house.

Whilst it is hard to ascertain the true number of Brazil’s street children, the estimates range from 200,000 to 8 million. Many laws and rights have passed with an aim to help them but, in Mãe Preta‘s view, this has not done enough, “Government never helps me… I used to ask the government to help the kids. I used to lie down on the floor to give my bed for people to sleep. I was starving to give the children something to eat.”

As she settles into a wooden school chair borrowed from downstairs, she twists playfully into poses for the camera before telling of her escape from her home in the interior of Brazil at the age of 15. Distressed, she describes how she fled her village to Salvador empty handed and alone after her father threatened to murder her for “laying down with a man.”

“In Salvador, I made a friend. She told me that if I work in a massage parlor I can make money. I slept with the guys and they give money to me. I made 20 children.” A legal profession in Brazil, she continued working as a prostitute, leaving her children in the care of neighbors whilst working.

The mood switches suddenly to happier thoughts; thinking of the children singing and of her early life, she explains how she had always wanted to help, “My father had a shop and I would help him with the customers. Sometimes, I would give the hungry children bits of food. My father saw, but didn’t say anything.”

Her work inspired a charity in her name, ‘Friends of Maria’, as well as the refuge, which provides a safe haven for those left to fend for themselves in one of the poorest areas of Brazil, often due to immense poverty, drug addicted parents, HIV related illnesses or violence in the home. As I take a tour the children are still singing in their play area before heading off to the well-equipped kitchen where they learn basic cooking skills and bake cakes to raise funds for the charity.

Since my visit, the refuge has burned down and Mãe Preta has remained on the same street. The charity set up in her name is now called ‘Children of Bahia’ and has expanded through the support of local NGOs to care for some of the children who were at the refuge, along with around 100 more. Despite her age Mãe Preta is not quite ready to retire to the rocking chair yet. In answer to my question of what else she wanted to do, I’m told, in a very determined tone, “More!”