Iracema is a Romantic novel by José de Alencar which was first published in 1865. It is set in the Northeastern Brazilian state of Ceará during the first Portuguese incursions into the Americas. Edwin Johan Santana Gaarder looks at how the novel depicts the early years of the Brazilian nation. 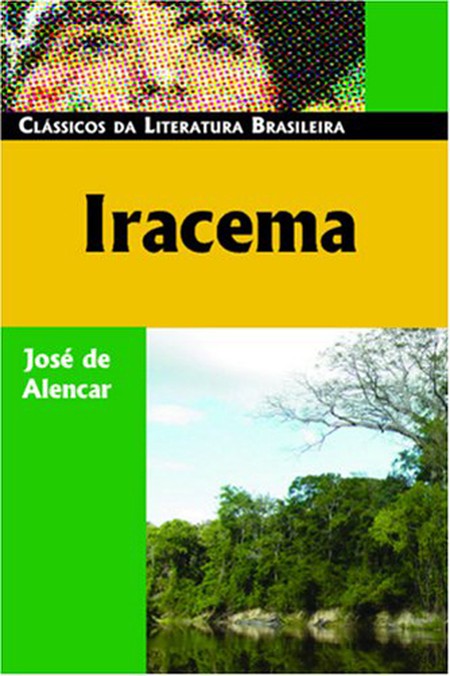 José de Alencar’s novel tells the story of Iracema, a native virgin, and Martim, a Portuguese colonizer who, despite the cultural barriers that separate them, fall in love. As a result, Iracema is forced to abandon her tribe, but her illusions of peaceful coexistence are shattered when she is herself abandoned by Martim, left only with their child. The tragic sorrow and sense of betrayal she feels eventually lead to her death.

Iracema (an anagram for América) has been read as an allegory for the birth of the Brazilian nation. Alencar, who was a leading figure amongst the Brazilian Romanticists, incorporates themes like colonialism, miscegenation, the clash of cultures, the war against indigenous peoples and migration. In the Brazilian state of Ceará and its capital Fortaleza, Alencar’s novella is treated with even more patriotic reverence, with statues of Iracema and Martim embellishing several points of Fortaleza’s beaches. Roads, buildings and neighborhoods named after characters, places and events in the novella are also common in Ceará’s capital.

Alencar’s narrative uses predictable formulae, yet largely avoiding the clichés of Romanticism. The natural beauty and grace of the native virgin, Iracema is introduced to us by means of a bath, a scene of baptismal sensuality to which we are awkward guests. We share with the European intruder the guilt of the voyeur, but also the enchanting pain of being immobilized by that which is different and unknown, of being surprised over our own vulnerability. The exoticism, the difference between the European imperialist and the native virgin, induces the fascination between them, causing her lips to tremble: ‘Iracema tinha o lábio trêmulo, e úmida a pálpebra’. [Iracema’s lips were trembling, and her eyelids were humid]. To the modern reader, their passion follows the age-old truism according to which opposites naturally attract each other.

There is, moreover, an undertone of psychological realism that allows us to suspend our disbelief. The reader could perceive that, alongside the fantasies conjured up in a distant setting, the stupor of tropical drugs and the mysticism of a primitive culture, the novella is anchored by a familiar reality: a fiancée and a home. The foreigner reader thus chooses to uncover the secret of the virgin – ‘o segredo da jurema’ [jurema’s secret] – and indulge himself in a tropical dream. Will his blood continue to boil? Will he forever fear the eyes of his innocent lover? Or will he find himself saturated with pleasure and filled with a more powerful longing: ‘a saudade da pátria’ [homeland’s nostalgia]?

In the story, the moment of sexual betrayal is interplay between the cultural constructs built around the two races: white, dark; blonde, brunette; Christian, Indian; pragmatic, impulsive. It is also an example in microcosm of the tragic consequences of a failed relationship between two societies that never completely learnt to respect and trust each other, and also portrays the difficulties of melding different cultures. This dysfunctional coming together of cultures is intrinsic to the fear of the wise old Pajé: ‘…foi algum funesto presságio para a raça de seus filhos, que assim ecoou n’alma de Araquém?’ [… was it a tragic presage to his sons’ race echoing in Araquém’s soul?] 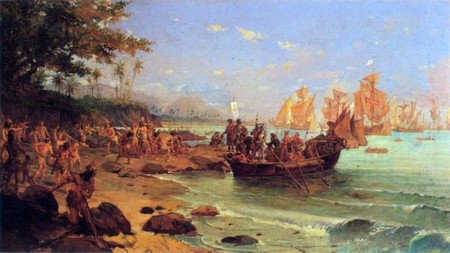 In the case of Iracema, it is the white male who fails to integrate himself into the new community. He is the serpent that succumbs to his passion, drowning himself in subconscious desires with no regard for the consequences. He is inspired to do so by the heavens – ‘desce-lhe do céu ao atribulado pensamento uma inspiração’ [an inspiration descend from the skies into his troubled thoughts] – but he believes that his commitment to the pleasures of her flesh is temporary:

However, Martim proves himself to be as misguided as the subtitle of Iracema – ‘a virgem dos lábios de mel’ [the honey lips virgin] – because the virgin is only the heroine of half her novella; the other half is dedicated to Iracema, the wife and mother. Passion is the prelude to perennial love for the Romanticists. Iracema sacrifices the blood of her brothers for the sake of her union with Martim; from that day onwards they share one flesh. In the eyes of Martim, by contrast, passion belongs to the realm of dreams: 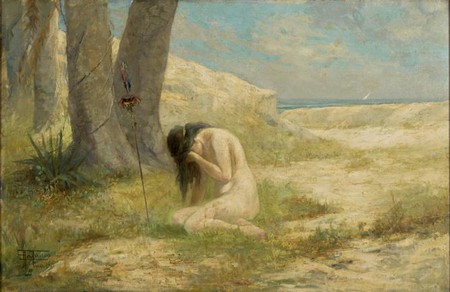 Domestic happiness is superceded, in the male, by the graver concerns of patriotism, war and friendship. Despite finding himself in a utopia of Edenic love with a wife simultaneously beautiful, caring and fertile, he is unable to find peace and satisfaction. He is restless: ‘Quando Iracema brincava pela praia, os olhos do guerreiro retiravam-se dela para se estenderem pela imensidade dos mares´. [Whenever Iracema was enjoying the beach, the warrior’s eyes would deviate from her and get lost into the sea’s immensity.] His abandonment of her testifies her status as the symbol of his domestic imprisonment.

Iracema’s faithfulness is tainted with the poison from a heart that cannot be faithful, so she becomes jealous and suicidal. Her child, born in a time of war from a restless father and an abandoned mother, is the victim of a home that has no organic integrity. Iracema’s son, Moacir, is brought up on a diet drained of everything but suffering: ‘O sangue da infeliz diluía-se todo nas lágrimas incessantes que lhe não estancavam nos olhos; pouco chegava aos seios, onde se forma o primeiro licor da vida’. [Unhappy, her blood would dilute completely within her unceasing tears, little would reach her bosom, where the first liquor of life is molded]

Yet, there is hope in the death of Iracema, who sacrifices the last drops of her lifeblood to feed the child of her union with Martim. She is the mother of a new race – and of Ceará – albeit cursed with the fate of migrant exiles: ‘O primeiro cearense, ainda no berço, emigrava da terra da pátria. Havia aí a predestinação de uma raça?´ [The first person born in Ceará, still in the cradle, emigrated from his homeland. Is this a race’s predestination?] Martim discovers, at long last, that in his marriage he had found his home: ‘… as terras, que foram de sua felicidade, são agora de amarga saudade’. [… the lands to which his happiness belonged now belong to a bitter nostalgia.]