An Introduction to Brazilian Telenovelas 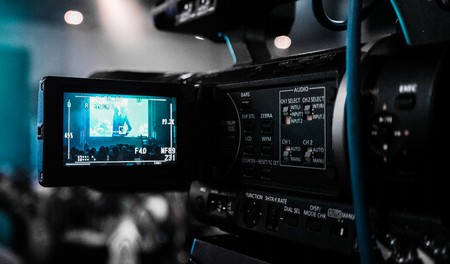 Brazilian novelas (soap operas) play a central role in Brazilian media and are a focal point in everyday conversation. Their popularity is reflected in the numbers; Avenida Brasil, one of the most popular novelas, earned approximately $1 billion in revenue. From the first novela, Sua Vida Me Pertence (Your Life Belongs To Me) in 1951, their popularity has snowballed. We explore the seven most popular novelas throughout Brazilian novela history.

Novelas portray daily life in Brazil with each series representing a different social class, making them highly relatable from all walks of life. Within a finite number of episodes, the series often runs for just a few months so the plot is packed with twists and action from the beginning and viewers expect an ending that is often highly anticipated. Characters in novelas accurately depicts the real lives of Brazilians, from their hopes and fears, to family and work. This is why they’re rooted in contemporary culture and are often trending topics in the news.

Avenida Brasil was broadcasted by Globo between March and October 2012, airing a total of 179 episodes. The storyline was based in the suburbs of Rio de Janeiro and in its heyday was the most watched TV series in Brazil. However, its popularity wasn’t concentrated in Brazil; it was transmitted in a total of 130 countries with voiceovers in 19 languages, including Russian, Arabic, Spanish and Greek. The story follows Rita (later changed to Nina), her struggles against her evil stepmother and her plot for revenge.

This drama-meets-romance novela is about the love between a muslim woman and a Brazilian man. The story line explores this rocky relationship that faces and attempts to overcome large obstacles such as drug addiction and human cloning, adding a bit of sci-fi in the mix. During its airing between October 2001 and June 2002, the story was unfolded through 221 episodes in 91 different countries.

Da Cor Do Pecado (The Color of Sin)

In terms of market share and foreign viewing, this was the second most popular novela of all time and one of Globo’s most successful productions. It was aired between January 2004 until September 2004 and broadcasted throughout 100 countries. The plot lies in the middle of a love triangle and unravels all of its complexities in a mix of drama, suspense and romance as well as exploring racial discrimination. It was the first time a novela used an afro-descendant as a main character which played a role in its huge success.

Malhação has broken the rules when it comes to novelas; its first episode aired in 1995 and yet there has been no signs of stopping yet with nearly 5,400 episodes. Its audience is aimed more at the teenage public, yet its proven popular for all ages. The storyline centers around the daily lives of teenagers in school, with their friends and families and especially in their relationships. The plot unfolds in the fictional Gym Club in Barra de Tijuca in Rio de Janeiro. The story location has changed over the years thoughm to a school, back to the gym and then to an art school.

The most popular novela of all time, this classic series had the highest number of viewers and remains to this day the most-watched novela in Brazil. This is immensely impressive given it was aired between 1985 and 1986. The plot is about Roque Santeiro who is apparently killed whilst protecting his city. 17 years later though he returns, much to the surprise and disappointment of some residents that have been exploiting his image as the saviour of the town. The added twist is that legend has it that the town will cease to exist should Roque ever come back. This leaves the authorities in a sticky situation and they have to decide whether to reveal Roque’s true identity or not.

Aired between January and September 2009, this emmy-winning novela became one of the most-watched in Brazil. One of the factors behind its success was the fascination it drew by highlighting the differences between the Eastern and Western cultures, especially their beliefs and values. Another factor is that it’s the second novela to have some scenes set outside of Brazil, with many scenes shot in India. The story line is based around forbidden love and the drama involved with it. Even though the novela has ended, past episodes continue to be aired on TV.

The majority of this novela was set in Leblon, one of Rio de Janeiro’s most upscale neighborhoods. The storyline is centered around the love between a mother and her daughter with various dramatic scenes such as when Camila, the daughter, shaves off her hair when she is diagnosed with leukemia. A total of 209 episodes were aired between June 2000 and February 2011 and became highly popular in Brazil.