How to Spend Three Weeks in Brazil 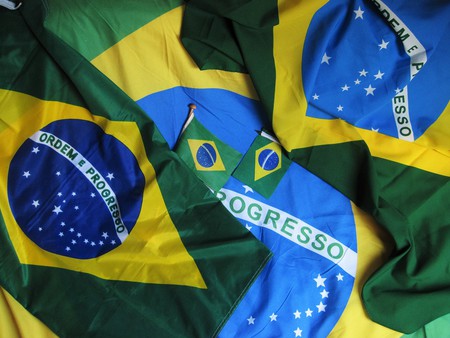 For Brazil-lovers, no amount of time is ever long enough in this enchanting country. Three weeks, however, is a decent amount of time to take in both the south and north, the cities and the surf towns, to tour the national parks, and marvel at its natural wonders. With that in mind, pin your plans to the mast of this itinerary.

Rio is the first port of call for many travelers. The fabled city, squeezed between rich green mountains and the tumbling waves of the Atlantic, is as good in real life as it is in the postcards. Sightseeing need not be arduous—trips up to Christ the Redeemer and Sugar Loaf give 360-degree views of the city and beyond. Stay in Ipanema or Copacabana, where the accommodation ranges from hostel to the hippest hotel (the Fasano), and be sure to walk the length of the beach observing the Cariocas in their natural habitat. Live outdoor samba at Pedra do Sal is a Monday-night must; Lapa is a rite of passage for party people, otherwise a cold beer or a caipirinha in a local bar is usually the way to kick-start the night. 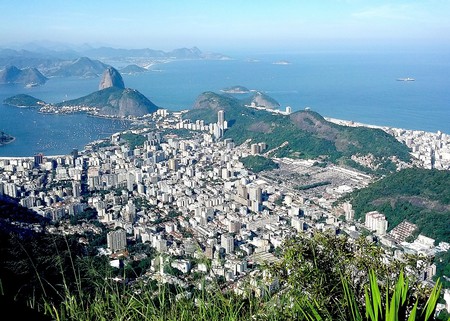 West of Rio, along the Emerald Coast, are two popular backpacker stops. Ilha Grande is a rugged, car-free island a short boat ride out to sea. It has one of Brazil’s most revered beaches, Lopes Mendes, where the sand squeaks between your toes as you walk. It also offers hikes through the forest, homely little pousadas, and enough of a party scene to keep you up till the early hours. 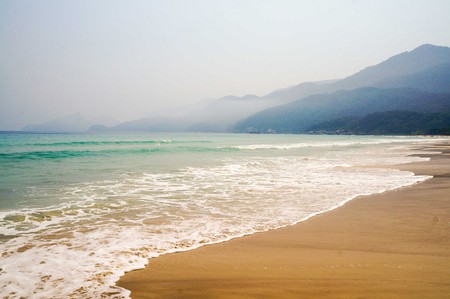 Paraty, a little further down the coast, is a sweet but sophisticated town. It is made up of well-preserved 17th century colonial buildings that were built by the Portuguese during their gold boom years. It lacks its own beaches, but has a pier lined with bobbing painted boats that make day trips out to the surrounding islands and swimming spots. At night it fills with travelers and tourists leisurely pursuing shops, dining out and drinking in the town square. And when the moon is full the streets flood with sea water, which was thought to have been designed by the Portuguese to clean the town. 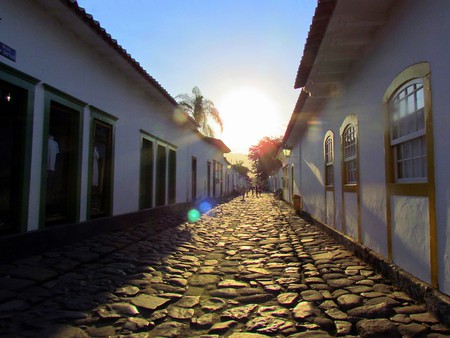 It is easy for travelers to overlook São Paulo. They hear it is grey and sprawling, and dangerous, not that it is cosmopolitan, culturally rich, and great fun. For a day or two, stay in Vila Madalena or Pinheiros, visit the museums, the municipal market, Beco do Batman—its famous alleyway of graffiti—and make your way around the exceptional restaurants (DOM, Tuju and Maní all specialize in world-class Brazilian haute cuisine). As the Paulistanos play as hard as they work, there are all kinds of stylish and original bars that have at least a hint of New York about them. And then, of course, there are the clubs…

The Iguaçu waterfalls are one of South America’s most famous natural wonders. Straddling both Brazil and Argentina, they stretch for almost two miles (3km), fall 260 feet (80m) in places and have three times the volume of water of Niagara Falls. The cities around the falls aren’t worth lingering in, but the surrounding national park not only has the best view of the waterfalls—as well as the chance to be soaked by its spray—but howler monkeys, tapirs, caymans and even jaguars among its resident wildlife. 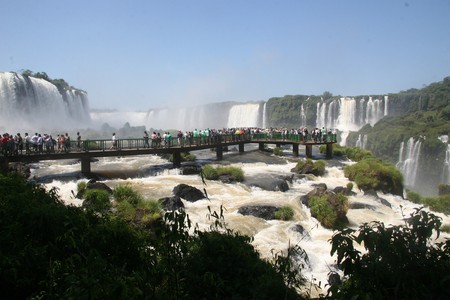 From Foz, fly to Salvador in Bahia. Brazil’s third largest city has a very different feel from either Rio or São Paulo, blending its Portuguese colonial heritage with African culture that came centuries ago with slaves and its own history. The architecture, city’s markets, beaches, relaxed nightlife and energetic live music will keep you entertained for two or three days on the trot. 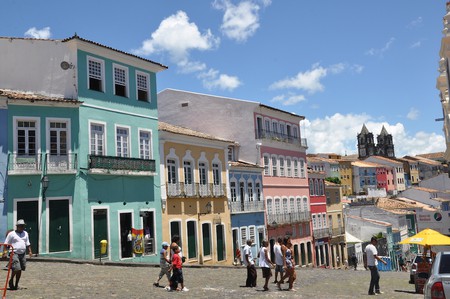 It would be almost criminal not to bask in some of Bahia’s exceptionally laid-back beach vibes while in Brazil. The state is lined by a long coastline that is sparsely developed and hypnotically beautiful. Choose between the surf and party town of Itacaré, backpacker island Morro de São Paulo, or its slow and scenic neighbor Boipeba, to make your home for a few days. Early morning beach runs, yoga and surf lessons, days of tanning and reading, and evenings of meals of freshly caught fish, fruity caipirinhas, and barefoot dancing till dawn will have you hooked.

Continuing the dreamy beach resort theme, head to Praia da Pipa near Natal. It attracts surfers, travelers, turtles, and pink dolphins to its idyllic beaches. The town is on the cliffs above, and caters for everyone from scruffy backpackers on a budget to honeymooners with cash to splash. Spend peaceful days walking between the beaches, take a buggy bombing down the coast, or save your energy for the fun that unravels at night, beginning usually with samba or forró on the main street and finishes in the club Calangos.

From Pipa, bounce from Natal to Fortaleza to visit Lençóis Maranhenses National Park. Tucked away on a wild stretch of isolated Atlantic Coast, it is a huge field of rolling, slipping, blowing sand dunes of dazzling white, pale greys, and yellow hues. Most of the year fresh-water lakes fill the dips between dunes, providing much-needed cooling off opportunities as you walk barefoot across the lunar-esque landscape. The park is accessed either from Barreirinhas or from Atins. 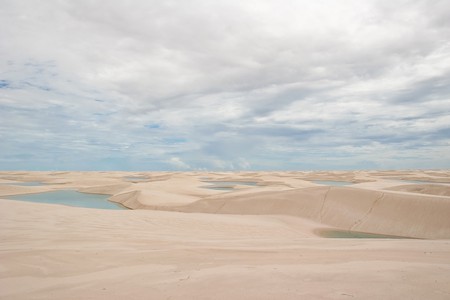 By now your three weeks will be up. But if Brazil has stolen your heart, extend your stay and continue up to the Amazon, entering the rainforest from either Belém or Manaus. For those returning to reality, flights from São Luís will take you to national and international airports around the country.