How to Spend 3 Weeks Along Brazil's North-Eastern Coast

Three weeks is a luxurious amount of time to visit the north-eastern coast of Brazil. Sparsely populated and with relatively poor infrastructure in places, the area has some wonderful off-the-beaten track gems. Here’s our suggested itinerary to take in the mind-bending landscapes, laid-back villages, beautiful scenery and magical experiences that await you.

Begin in São Luís in the far north-eastern state of Maranhão. It is a city on an island that was once a heartland of European trade – the French founded it in 1612 before the Dutch moved in briefly and then the Portuguese settled there for the long term. São Luís’s colonisers left it with a network of cobbled streets that show off the best of European architecture adapted for the tropical climate. Under UNESCO’s protection, many of the buildings still stand though they are in varying states of repair. Look closely to see the azulejo tiling, intricate cornicing, detailed balconies and interior courtyards on buildings in the now quiet streets.

Stay in the old town for a couple of days. You’ll need one afternoon and an evening to meander around the Centro Histórico. There are pousadas, like the Portas da Amazonia, that are housed in once-grand casarãos and are nearby to institutions, like Brazilian restaurant Cafofinho da Tia Dica. There is almost always some live music playing in the square or at bars in the evening and the town has a strong reggae tradition too. In June, frenzied and fabulous Bumba Meu Boi celebrations play out in the streets telling a north-eastern folkloric tale about bulls. 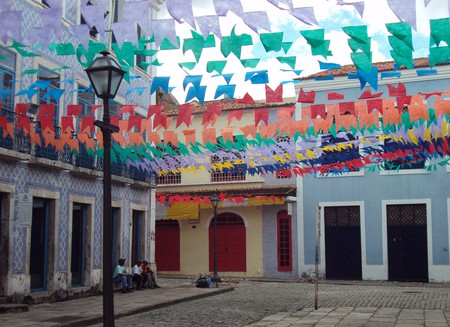 The next day go by boat – about an hour leaving from the ferry terminal in the morning and returning in the afternoon – to Alcântara, a former boom town whose wealthy inhabitants fled when slavery was abolished in 1888, leaving the place in the hands of the then-liberated slaves. It is now a strange world stopped in time, with framework and façade of the colonial settlement surrounding the more modern set-up that has emerged from among the ruins. Pop into the Museu Casa Histórica de Alcântara to get an idea of what a merchant’s house would have looked liked inside, including where the slaves would have lived. 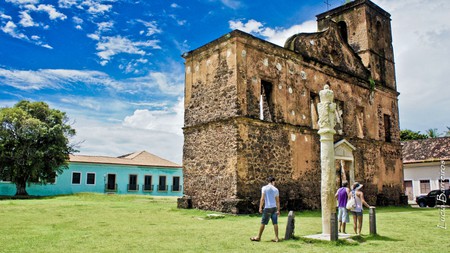 Ruins of the São Matias church in Alcantara | © lubasi/Flickr

About five hours by bus from São Luís is the extraordinary Lençóis Maranhenses National Park. Set between a wild and remote section of the Atlantic and the rainforest, it is a vast set of rolling white sand dunes that fill with rainwater of certain times of year, leaving shimmering pools of midnight-blue water. There are two towns to base your exploration of the park from: Barreirinhas, which is a decent backpacker stop with endless tours and plenty of pousadas to choose from, or, for the more adventurous, it is worth taking a boat to the other side of the park to Atins. On the cusp of development, Atins is a tiny, simple backwater loved by kitesurfers and with only a handful of places to stay and eat, sand for streets and hardly any light at night. 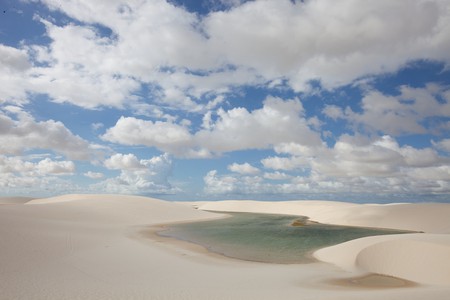 To hop from Atins or Barreirinhas to Barra Grande, the next stop, is not so far as the crow flies, but as there are no direct roads – rather, long winding ones – the best way to travel is by tearing along the shore at low tide in a 4×4.

Barra Grande is another village that the kite- and windsurfers found their way to first. Its wide sweep of deep sand dips down to the sea and is lined by exotic palms. The town is slowly working its way onto the beaten track, but at the moment it is still simple and unhurried. As well the the various wind sports practiced and taught on the beach, there are trips inland to see the sea horses and to go kayaking. Schedule a couple of days here, though don’t be surprised if you wind up staying for longer.

Jeri was the original undiscovered windsurfing destination on the the north-east coast. It has far surpassed its rustic and unsophisticated beginnings ,and today throngs with tourists year round. Its streets, though sandy still, are home to smart restaurants and surf boutiques and the occasional uber-chic hotel.

However, the landscape around the town is protected and remains its biggest draw. Exploring it will keep you busy for a good few days. Take buggies or a 4×4 to nearby beaches, where hammocks are slung over mint-blue shallows, or up to dramatic rock formations and to inland lagoons. The town is surrounded by undulating sand dunes that are ripe for surfing down, riding across and walking up to see the sunset – a cult evening activity in Jeri that kicks off evenings that often last until the morning.

Frequent buses and transfers run between Jeri and one of the north-east’s biggest cities, Fortaleza. It may come as a bit of a shock after the intensely relaxed, barefoot rhythm of the beach towns but Fortaleza has good cultural sights, like the Dragão do Mar Centre multi-arts park, Mercado Central and historic buildings in Centro, as well good restaurants and a happening night scene. Start your day at one of the beachside megabarracas on Praia do Futuro. Some have live music or DJs, particularly on the weekends, and then work your way (by taxi) to Praia de Iracema to cruise the local bars and clubs in the neighbourhood. 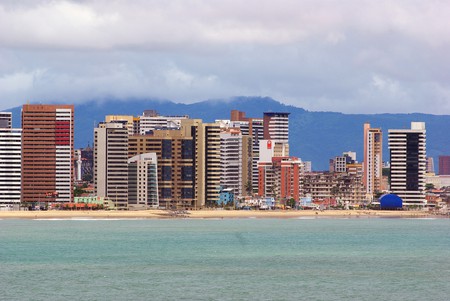 It is well worth taking the overnight bus or flying to Natal in order to reach Praia da Pipa. The surf town is well established and attracts a big local weekend crowd, thanks to its beaches that seem to be bathed in magic making it an understandable favourite of almost all who visit. Endless beaches are abutted by dramatic cliffs and washed by crystalline waters that leave in places natural swimming pools when the tide goes out and serious surf waves at others.

The Praia dos Golfinhos gets a daily visit by the local pink dolphins, while turtles come to lay their eggs and crabs scuttle across the sands along the coast. Take a buggy and drive for miles, being blasted by the wind and sun, stopping only for cachaça tastings and a slap-up lunch. At night, seek out the cocktails and international cuisine in Pipa’s restaurants, before soaking up live music and dancing the night away.