How to Spend 24 Hours in São Paulo 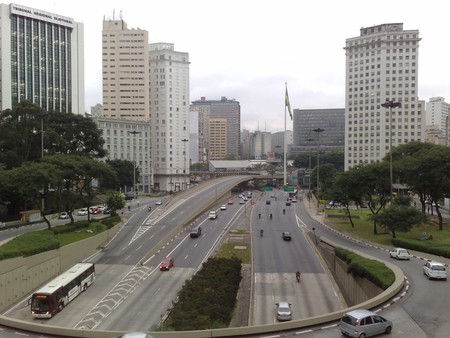 São Paulo is so big it would probably take you weeks to see even a part of what the city has to offer. There are dozens of parks and museums, hundreds of galleries, and thousands of restaurants and bars – not to mention open food markets and fairs. With so many choices, it’s sometimes hard to choose what to visit. We’ve set up a 24-hour tour with some of our favorite places in São Paulo.

To begin your day on the right foot, start with a tasty brunch in Itaim Bibi. A good option is the Boston Bakery, where you can order a la carte or try the buffet. Other than on Mondays, the bakery is open 24 hours a day, so you can start early or sleep in a little. 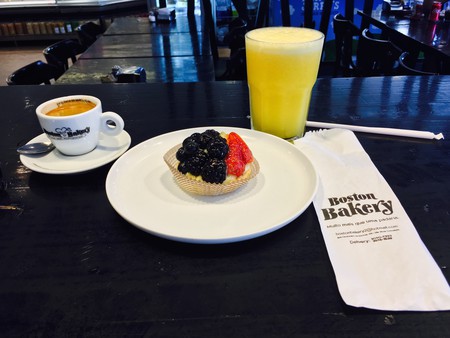 Coffee and Pastry at the Boston Bakery | © Nikolas Silva

Nothing says São Paulo like Parque do Ibirapuera. One of the city’s postcard attractions, it has bikes to rent, museums to see and walkways to explore. The park, one of Latin America’s largest, is an oasis in the middle of South America’s largest city, and it’s one of the most important areas for culture and leisure. Created in the likeness of New York’s Central Park, the Ibirapuera Park has a jogging track, fields for playing soccer and an open-air gym.

For those seeking to connect with nature, the park houses 494 plant species and is home to 35 types, ten types of fish, eight types of reptiles and 156 species of birds. If you get there early enough, you may even join one of the Tai Chi Chuan classes conducted for free on one of the park’s many lawns. 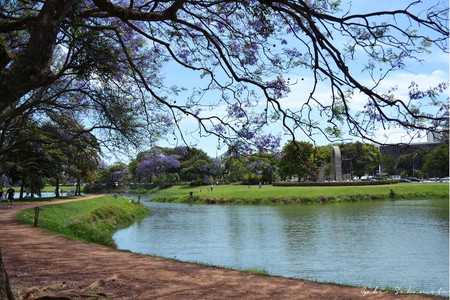 Stop for Lunch at Liberdade

After a refreshing walk, head over to Liberdade where the smell of vegetables, meats and sesame oil will surely open up your appetite. While strolling down, be sure to check out the stores selling Japanese and Asian products. These come directly from Asia and may be pricey, but there are things in Liberdade you can only find here or in Japan. On Saturdays and Sundays, you can check out the stands set up at the Liberdade Square, where the neighborhood’s metro station is located. Local Japanese food and souvenir vendors spread their products along the square, and it’s a great place to find little knick-knacks to take home.

It’s time now for you to choose where you’ll want to eat. There are many street vendors who sell Japanese fast food, or you can sit down at one of the restaurants. The choice of restaurants is large, but we’d recommend Porque Sim, Lamen Kazu or the excellent Chinese restaurant Rong He. 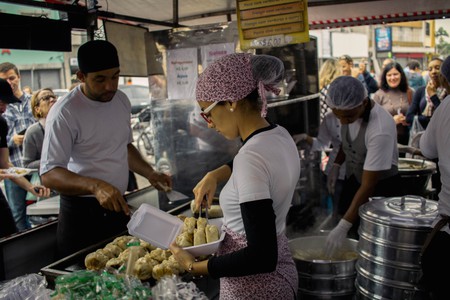 Take the metro from Liberdade Square and head towards Avenida Paulista. You’ll have to transfer at the Paraiso stop to the yellow line. Stop at the Brigadeiro metro stop so you can walk along the avenue. From the Brigadeiro stop to the Consolação stop, you’ll pass the FNAC bookstore, São Paulo Art Museum (MASP) and the Trianon Park. On Sunday on the large space underneath the MASP, there’s an antiquities fair where everything, including old cameras and pens, jewelry and watches and even old art books are sold.

While you’re there, check out the latest exhibit at the MASP, one of Brazil’s most famous museums. The Trianon Park is also a welcome stop, but don’t venture into the park after dark. The area is known for its pickpockets and muggers. 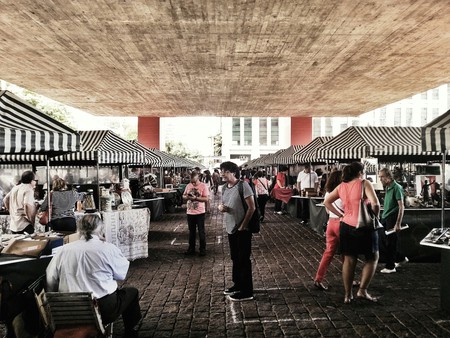 Have Dinner in Pinheiros

As the day is winding down, catch the metro and head over to Pinheiros for dinner. You have an endless variety of restaurants to choose from, including the Mexican El Kabong, Brazilian Consulado Mineiro and Le Jazz Brasserie. If you prefer a churrascaria, try Bovinu’S.

End the Night in Vila Madalena

After eating, and if the weather is nice, you can walk to Vila Madalena for a fun night out. Here you’ll find plenty of people walking around, as customers from the more popular bars spill out on to the streets. The night at Vila Madalena is considered one of the best if you like cold beer, decent appetizers and a youthful crowd. The bars line up on Rua Aspicuelta and side streets, where you find everything from samba, to romantic jazz and sports. 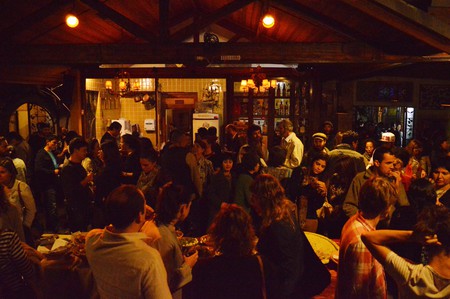