How to Get Around Lençóis Maranhenses, Brazil 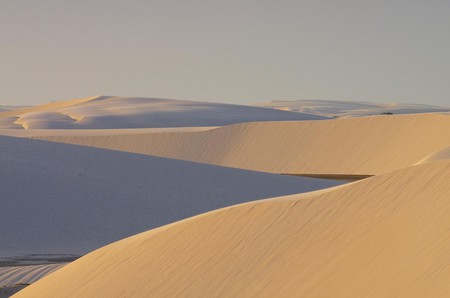 Located in the north of Brazil, Lençóis Maranhenses is an untouched, vast national park made up entirely of rolling white sand dunes where freshwater pools nestle between the dips that remains a relatively unknown natural attraction. For those planning to go there, here are the best ways to arrive at and get around Lençóis Maranhenses.

Occupying an area of nearly 600 square miles (1,555 square kilometers), Lençóis Maranhenses is located in the Maranhão state in the north of Brazil and lies 155 miles (250 kilometers) from the state’s capital, São Luís. Within this region is the Lençóis Maranhenses National Park, made up of sand dunes, freshwater lagoons, and mangroves. 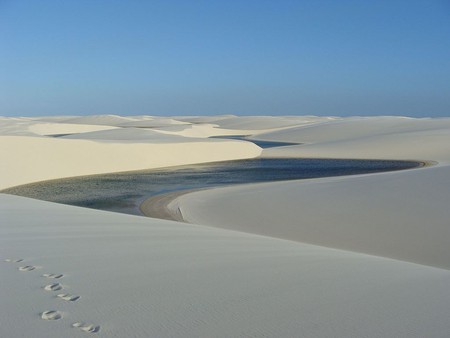 The beautiful landscape of Lençóis Maranhenses in the north of Brazil | © Lessa.danilo / Wikimedia Commons

Getting to Lençóis Maranhenses

There are two main entry points to the Lençóis Maranhenses National Park: Barreirinhas and Santo Amaro do Maranhão. The Barreirinhas Airport is the only airport in the region and it only receives chartered flights, which are extremely expensive. The best way to get to the park is to first fly into the São Luís International Airport and from there, head to Barreirinhas or Santo Amaro do Maranhão, either with a hired car (you can hire one at the airport), bus, or a private van.

The easiest route is to head to Barreirinhas. Transport—be it a van, car, or bus—can be directly organized at the São Luís International Airport and the journey takes about four hours. Traveling by bus will be the cheapest option and there are several bus and coach companies at the airport which are safe, reputable, and affordable.

The other route you can take (though it’s a bit more difficult) starts at the São Luís International Airport and heads to Santo Amaro do Maranhão. There aren’t any buses that will take you in all the way as the end of the route has to be traveled by a 4×4 Jeep. You can book a private van, then get a transfer over the dusty part of the road; however, this route costs more and takes a little over four and a half hours.

From Barreirinhas, you can take a transfer to Atins—a much smaller, more tranquil city between the sea and the Preguiças River—and access the Lençóis Maranhenses National Park from there. The quickest (and arguably most memorable) way of getting to Atins is to take a small boat from the Barreirinhas port, a trip that takes about 40 minutes. You can also take a 4×4 Jeep from Barreirinhas to Atins, which is a slightly cheaper option. 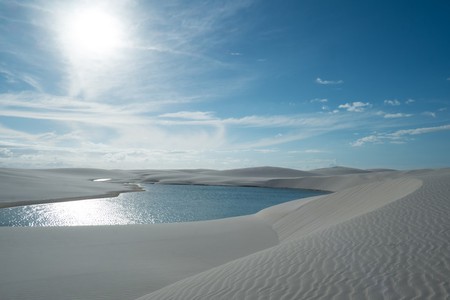 Getting around Lençóis Maranhenses

Hiring a car will only take you as far as Barreirinhas. After that, you’ll have to leave the car behind. To explore the dunes, you will need a 4×4 Jeep and authorization to drive it in the park. As that is not exactly an easy option, your best way of getting around the park is simply by walking to its best-known lagoons—Lake Azul and Lake Bonita—or hiring a guide, who can take you on longer three- or four-day treks or drive a specially-adapted Jeep across the dunes. There are several private tours that will allow you to explore the park with ease and most can provide the tour in Portuguese and English.