How This Quilombo Community Is Fighting for Its Musical Roots 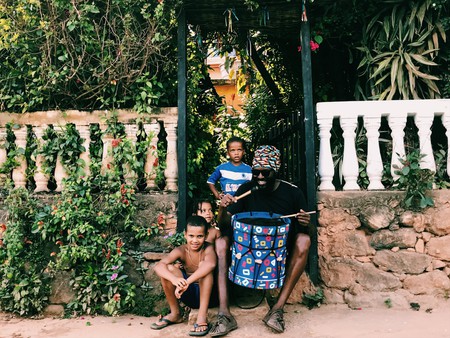 Rei and some of the children he teaches | © Brunella Nunes

Despite a lack of government funding or support, Afro-Brazilian musician Reibatuque is determined to keep the musical heritage of the quilombos alive.

The streets of Quilombo Marinho are full of music. Walking through its dusty roads, you can find children and teenagers playing traditional Afro-Brazilian songs on homemade percussion instruments. One man, Reinaldo Santana Silva, is responsible for this. Through his music classes and a planned cultural center funded entirely by the community, he wants to give the youth of the quilombo a sense of pride in their identity.

Quilombos are communities in Brazil, which were originally formed by escaped slaves and today play a role in maintaining the original culture of their inhabitants. It is believed that Quilombo Marinhos, where Rei works as a music teacher, was formed over 300 years ago. Since the 1980s, Antônio Cambão and Leide Santana da Silva, Rei’s parents, have acted as the community leaders. Their idea was to create a farm group to sustain whoever needed support in the community, and in subsequent decades they have encouraged the continuation of the quilombo’s historical legacy. 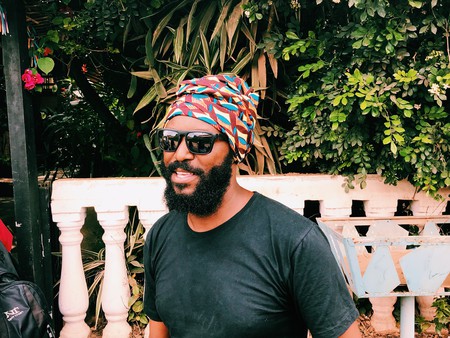 Working under the name Reibatuque, Rei began teaching in 2012, working with around 30 local children and teenagers. He teaches them how to build and play their own percussion instruments, embracing traditional Afro-Brazilian music. He says that his connection to the quilombo is very important to him. “Working with music and traveling, I realized I shouldn’t get out of here. I had to stay here to make this project happen and to see people having this connection with everything we built over the years of resistance. Even the community needs to realize their roots and that they don’t need to leave them behind.”

Now, his classes have developed to include creativity workshops, making use of Afro-Brazilian literature and allowing the youths to tap into their own potential. “By these cultural works happening here,” Rei says, in reference to his classroom, “I could see the impact in our own people, especially the young ones, who need our support and knowledge to recognize their values.”

The musician is building a cultural center for his project, Batuquenatividade, to expand his classes beyond the small numbers and limited instruments currently available to him. This project will receive no government funding or assistance; it will be entirely funded by the people within the community. 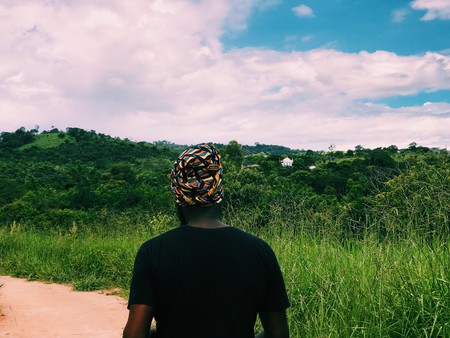 Rei’s fiancee, Jana Janeiro, is also involved in helping the young people of the quilombo community remain in touch with their heritage. She created Ateliê Pele Preta, a scheme which teaches craftwork for local woman and young girls, in the aim of encouraging them to find an economic activity of their own and achieve financial independence. She says that the classes have the added benefit of aiding young Afro-Brazilian women discover their own cultural identity: “Increasingly, I see the representativeness and self-recognition of blackness in the participants.”

Janeiro, who was raised in the community alongside her partner, also organizes the Quilombola Experience, where tourists can visit and can learn about the quilombo history. “To visit a Quilombo is to enchant with the natural beauty and unique way of life, to know closely its music, traditions, cuisine and the affection of the people,” says Janeiro. 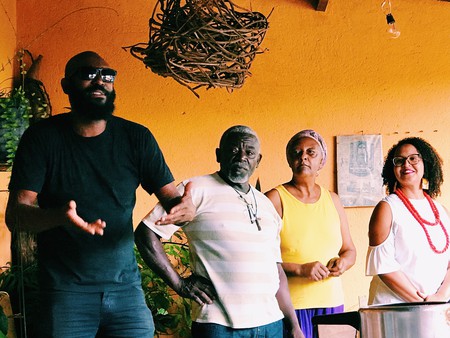 Rei with his family, including fiancee Jana | © Brunella Nunes

The experience also includes taking part in traditional festivals of importance such as the harvest. This takes place in June, where everyone celebrates the abundance of food with a huge open party. “With the harvest we can see the importance of multiplication. A planted grain become a lot of fruits or vegetables. It’s the beauty of nature. At our party we celebrate life. It’s a way to be grateful for the food God has given to us,” says Rei’s mother, Leide.

With the new cultural community center, named Casa Quilombê, the couple will be able to hold larger classes for the local people and even be able to host tourists for a few days.

Leide says that the sense of identity is vitally important to the community. “I’m glad I came from a Quilombo family. I know my ancestors were slaves and worked a lot…suffered a lot. We all know what happened back then. But what I think it’s beautiful is our strength to continue, to move on, you know. Our fight and resistance. I’m proud to be who I’m, a quilombola. There’s no way I can be different than that.”