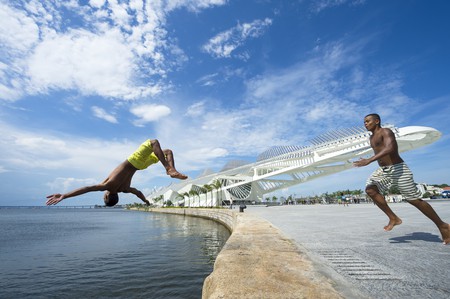 In 2016, the Olympics inspired an ambitious renovation project in Rio, most notably in the city’s former gritty, run-down port area. The result was an extraordinary success. It became home to the city’s most-visited museum – the Museum of Tomorrow – and supported an explosion of artistic, cultural and gastronomical movements. However, the port’s makeover masks an incredible history of slavery, a heritage that is in danger of being lost.

Not far from the Museum of Tomorrow is the smaller, lesser-known museum of the Instituto Memoria e Pesquisa Pretos Novos – Institute Memorial and Research of New Blacks, otherwise known as IPN – a privately owned museum in operation for the last 21 years. The city council has been providing approximately $2,000 per month for the last two years to help support the everyday expenses of the museum, yet this funding ended in March 2017. Fundraising and talks among local authorities have managed to secure steady funding for the next year – although this will simply cover day-to-day costs and won’t support workshops, exhibitions and courses. Locals are seeking out new ways to fund this institute, as the IPN isn’t an ordinary museum – it represents the Afro heritage in Rio that came from slavery centuries ago. It is also the burial site of thousands of enslaved Africans. 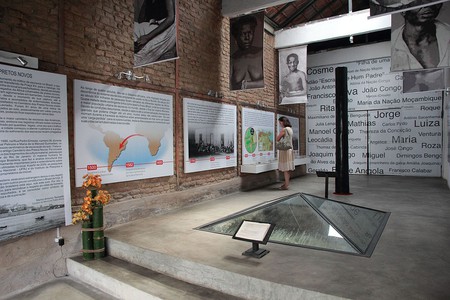 The bodies are of African slaves that arrived in Rio during the 18th and 19th centuries and sadly died during the voyage or when they reached the port. In 1996, the institute was a house of a local Rio resident who was doing construction work on her home when the skeletons of 26 African bodies were found, estimated to be the remains of people between three and 25 years old. The house, under the owner’s will, was immediately transformed into a memorial site to pay tribute to the lives lost there. Archaeologists studied the area and concluded the Institute’s site houses around 6,000 bodies, and the whole port is a burial site of approximately 30,000 enslaved Africans.

Between the years of 1500 and 1856, more than two million slaves were brought to Rio’s port where the Museum of Tomorrow stands today – more slaves than Salvador, which is originally considered the former capital of slavery in Brazil, and more slaves than any other dock on the planet. The whole port area of Rio is riddled in a complex and deep history of slavery, yet it receives very little exposure from local tourist departments, depending on a handful of private groups to act as the heritage’s mouthpiece. Praça XV, a square famed for its late-night outdoor street parties, is the former area of the local slave auction, whereas nearby Pedra do Sal, known as the birthplace of samba, used to be the point where Africans would try to escape from a destiny of slavery. 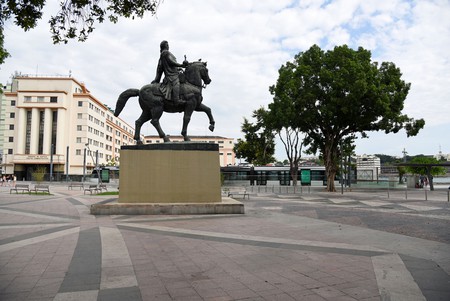 The IPN doesn’t charge for entry – the owner feels that charging to visit the cemetery of thousands of enslaved Africans is not an ethical thing to do. The hope that the city council will provide continued funding for the institute is dimming as new mayor Marcelo Crivella, an evangelical pastor, has made a point of not attending carnival or large Afro-Brazilian festivals. For now, the institute looks set for another year, allowing the Afro heritage to live on, although the future remains shaky at best.