How Easter Is Celebrated in Brazil 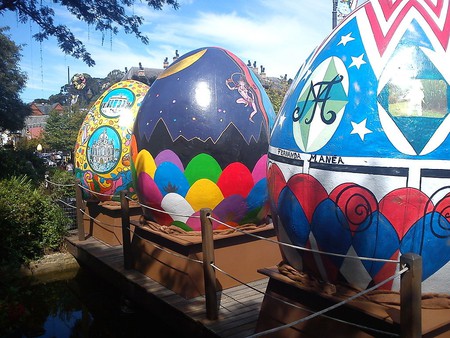 Easter in Brazil, a country with one of the world’s largest Catholic populations, tends to revolve around religious celebrations and family and, of course, Easter eggs. This year, Easter falls on April 1 – another significant day for all the jokers out there – which is the first Sunday after the full moon of the Spring Equinox (when the Brazilian autumn season begins) as based on the lunar calendar. Let’s take a closer look at how Easter is celebrated in Brazil.

The first signs of Páscoa, the Brazilian word for Easter, arrive at least a month before the official day and are found in the local supermarkets. Every year, from the major supermarket chains to the smaller, local stores, row upon row of Easter eggs are strung across the tops of the aisles. Easter eggs make up an important part of the Easter celebrations and typically, loved ones will exchange Páscoa eggs or simple chocolates (Easter eggs can be quite expensive in Brazil) on Easter Sunday. 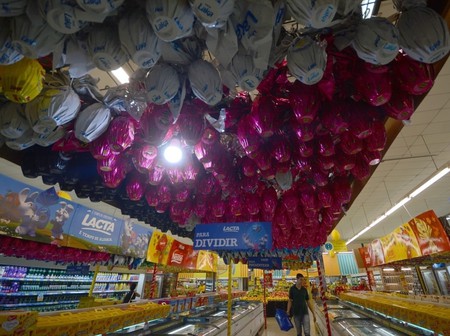 Although the commercial side of Easter is readily apparent, there is also a strong religious side that millions of Brazilians take part in. Easter itself is part of Semana Santa, or Holy Week, which begins on Palm Sunday (March 25, one week before Easter), and is the most important event on the religious calendar for the Roman Catholic Church.

During this week, religious services take place across the country, incorporating traditions such as weaving crosses from palm branches, speeches, prayer, and ceremonies. On Good Friday (known as Sexta Paixão), most households in Brazil will avoid eating meat and eat fish instead. When Easter arrives, many Brazilians go to church in the afternoon and spend the rest of the day with family and close friends. Good Friday, which is on March 30 this year, is a national holiday in Brazil, as it is in many countries across the world.

While celebrations take place all across the country, Ouro Preto in Minas Gerais is one of the most famous and colorful in Brazil. The long street between the Matriz de Nossa Senhora do Pilar church and the Nossa Senhora de Conceição church is lined with a carpet of brightly colored flowers, sand, and sawdust to create intricate patterns, a tradition that began in 1733. The decorations begin the Saturday night before Easter, to the sound of children dressed in white singing religious songs. Other parts of the country celebrate in various different ways. 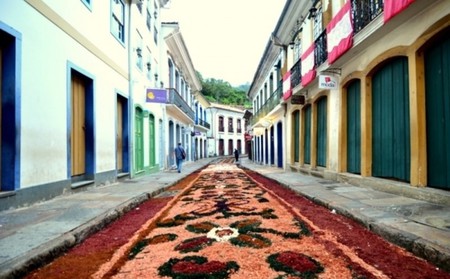 In Ivoti, in the South of Brazil, dogs and cats are painted blue or pink to remind children that Easter – “the sweetest time of the year,” as the children there are told – is arriving. The city also sells chocolate nests filled with mini eggs, a tradition that was brought to the country by German immigrants. Piauí is a state in the northeast of Brazil and has the largest population of Catholics in the country: about 88% of the state’s residents are practicing Catholics. On Good Friday, a lot of people there don’t take a shower or comb their hair, as this is prohibited during Holy Week. In Belém, there are large street processions that follow the trail between seven historical churches in the center of the city.

While Easter in Brazil is centered on religion, family is also a very important part of the celebrations. It’s a Sunday to spend with loved ones, especially children, who are given sweets and reminded of the religious importance of this significant date.