How Christmas is Celebrated in Brazil 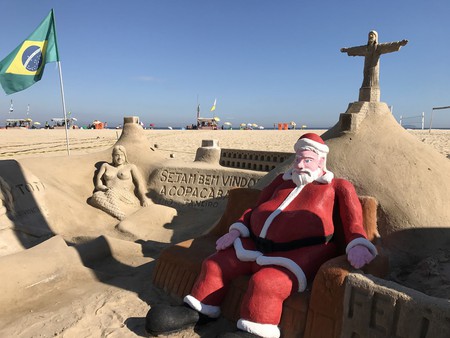 Like many other parts of the world, December 25 in Brazil means a time of family, religious reflection and, quite often, an excess of food and drink. Brazil celebrates Christmas in the middle of summer so the days are hot and sunny, giving the festivities a tropical mood. Here is how Brazilians celebrate Christmas.

Although the idea of decorating a palm tree conjures the image of a truly tropical Christmas, Brazilians decorate a traditional Christmas tree although it tends to be a plastic one and is adorned with all the usual fairy lights, baubles and tinsel. Tables will be laid with Christmas-patterned tablecloths and tinsel is often hung up throughout the home. 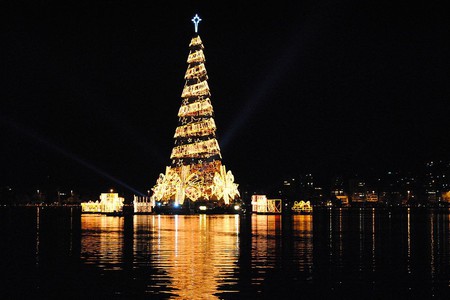 When Brazilians meet for Christmas, it’s usually the entire family that gets involved, from the immediate family to cousins, aunts, uncles, second cousins and everyone else that is somehow related. As a result, the celebration involves a large group of people and gift-giving could get expensive and time-consuming. A popular way to approach gift-giving is a Secret Santa, or Amigo Oculto as it’s known in Brazil, where each person is allocated the responsibility of buying a gift for one person without that person knowing. When it’s time to give the presents, the gift-buyer will often describe the person until everyone guesses who it is before giving them their present.

Santa Claus is the same in Brazil as most of the Western world see him. Papai Noel as he is known in Brazil is believed to come on Christmas Eve with presents for the children and lives in the North Pole. Some believe he wears silk to keep him cool in Brazil’s hot climate, but most believe he uses thick red and white robes.

The main celebrations take place on Christmas Eve when people get together with friends during the afternoon and spend the evening celebrating with their family at home. For the evening celebrations, it is usual to get dressed up in smart, new clothes and women will often style their hair and wear makeup. The celebrations continue late into the night with plenty of food, music, drinking and animated conversations with family, with the climax of the night at midnight when Christmas officially arrives. The day of the 25th has a more low-key, relaxed feel without the big celebrations and eating the leftovers from the previous day.

For many, Christmas food is one of the highlights of the day and in Brazil, it is influenced by many cultures, including Brazil, Italy, Portugal, Spain and, especially in the south of the country, Germany. Christmas dinner includes turkey, Chester (a round ball of turkey breast), vegetables, rice, ham, potato salads, and sometimes lasagne and dishes with cod. In the south of the country, especially in towns influenced by German tradition, pudding often includes stollen, whereas other places often eat the Italian-inspired panettone. The Christmas feast is eaten late at night on the December 24, sometimes around midnight when the main celebrations occur. 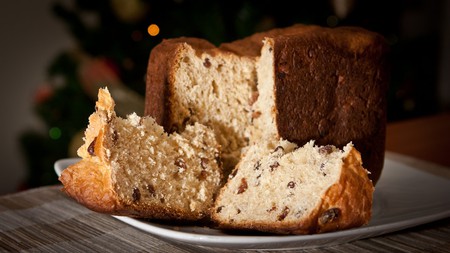