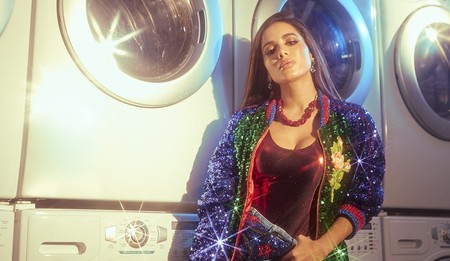 Singer Anitta talks to Culture Trip about working with Pharrell Williams, why she put her cellulite in a music video and growing up in a favela.

If you haven’t heard of Anitta yet, it’s only a matter of time. The Brazilian singer is a big deal in her native country after successfully bringing baile funk – a raucous blend of Miami bass and gangsta rap known as the sound of the favelas – into the mainstream. By toning down its explicit lyrics and suggestive dancing, Anitta went from 17-year-old YouTube wannabe to performing at the opening ceremony at the 2016 Rio Olympics. “I love the beat and how happy people get when they listen to it,” she says. “It’s fun to dance to.” The video for her debut single ‘Show das Poderosas’ has been viewed over 140 million times and she’s won five MTV Europe Music Awards. No wonder she has been tipped as the next Shakira.

It is a far cry from her early life in the favelas, but then Anitta always knew she’d be famous. The singer (whose real name is Larissa de Macedo Machado) reveals how she used to tease her mum about one day becoming a star. Hers is a true rags-to-riches story: she started singing in a church choir and studied business at college instead of her preferred choice of arts after her dad told her it would give her more job opportunities. “I came from a humble place,” she says. “When you come from a place like this in Brazil, you don’t have an opportunity to study art, so the church was a way to learn music. That was my first contact with music.”

She’s only 25 years old and has already notched up collaborations with J Balvin, Iggy Azalea, Alesso and Major Lazer, not to mention an upcoming one with Pharrell Williams. The star has her eye on global stardom and sings in Spanish and English as well as Brazilian Portuguese.

In May, Anitta posted a photo on Instagram of herself in the studio with the N*E*R*D frontman but their potential collaboration is shrouded in secrecy. “Meeting Pharrell was the craziest moment of my whole life. He is a legend for me. I respect him so much. I just couldn’t believe this man wanted to work with me. That day I cried so much.”

But despite her stratospheric rise, she hasn’t forgotten her roots. Which is why she filmed the music video for one her biggest hits, ‘Vai Malandra’ (‘Go Naughty’), in the Vidigal favela in Rio de Janeiro. She describes her own childhood as “simple”. “I played in the streets a lot. I had a happy childhood. I grew up surrounded by my family. We were always very close. We didn’t have much money but we were happy.”

She adds: “I’ve been doing a lot of pop music and different styles. In the middle of the English and Spanish songs, I wanted to show people how my culture is, that I’m the same person and that I will never forget where I come from.”

The video features an opening shot of Anitta’s cellulite because she wants to send an important message to women about embracing their imperfections. Not that she’s without her own insecurities: she’s disarmingly frank about having undergone plastic surgery several times. But as one of the world’s most influential social media stars (she was ranked 15th last year in a poll by Billboard), she realises she has a responsibility to her female fans.

I just can’t believe. I just have no words. The greatest energy ever. Thank u so much @pharrell @bia … I just wanna cry

“That’s why I always tell the truth about my face. Yes, I changed my face. Yes, I’ve had plastic surgery. Yes, I’ve put my cellulite out there just to show girls there’s no pressure to be the way people ask or expect them.”

For Anitta, she’s hoping that her achievements will help other aspiring singers realise that their dreams can come true. She’s accomplished a lot in a short space of time but that’s because she works hard and most of all believes that she can do whatever she puts her mind to.

“My mum taught me a lot about life. She’s a very humble person but she taught me we can get whatever we want to get – it doesn’t matter where we come from. It’s not just me, it’s any person in this world. It may be difficult for someone or easier for someone else but you’ll get there.”