Hermeto Pascoal: The Jazz Musician Who Makes Music Out Of Everything 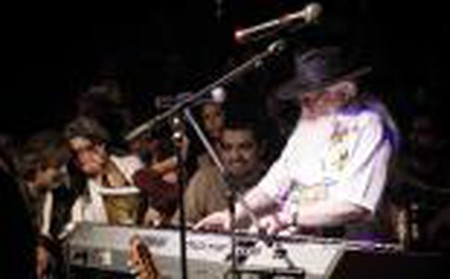 Hermeto Pascoal is a musician with a remarkable talent for transforming everyday objects into extraordinary compositions. He is one of Brazil’s most prolific, eccentric and treasured musicians and has a multifarious and comprehensive body of work which eludes easy classification. We explore both the life and the phenomenal career of this unique Brazilian artist.

Hermeto Pascoal has claimed that his native Brazil is ‘the country with the greatest number of peoples from around the world. So the world is Brazil… why shouldn’t we be home to the music of the world?’ Pascoal has used this global ethos as the basis for his innovative practice. A virtuoso accordionist, flautist and pianist, Pascoal has long preferred rather more unconventional ways of producing sounds. Anything at all can be an instrument for him — from carpets, chairs, pints of beer, body parts, and lakes to kitchen utensils. Even animals can be used to make music; a pig famously features on his 1977 album, Slaves Mass. The idiosyncratic technique peculiar to Pascoal prompted jazz legend Miles Davis to brand him ‘one of the most important musicians on the planet.’ 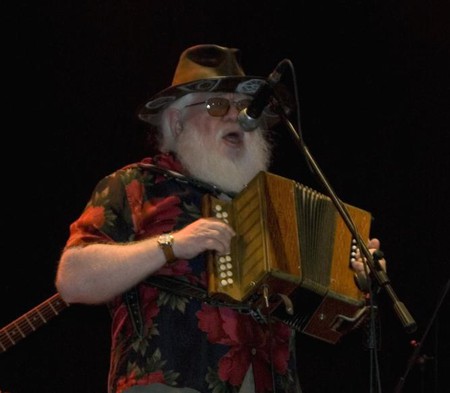 Pascoal appears to thrive upon unpredictability. He resists the readymade instrument, even refusing gifts from those who admire him. Rather, he relishes in the sounds that emerge from the most unexpected of places, ‘wherever I am is an instrument. A chair is an instrument. A table is an instrument. There are so many instruments.’ Having a collective appreciation for the arts as a challenging medium, he says that ‘musicians are like painters’ and to limit one’s self to any particular style of music or instrument is ‘very tedious’. He also finds set lists and schedules limiting, insisting on a repertoire that is quite simply enormous. The musician insists upon the influence of the moment during a performance, claiming ‘…we have to have loads of songs so when you feel something, you can play it.’

Hermeto Pascoal was born in Olho d´Água on July 22nd, 1936, and raised in Lagoa da Canoa, Arapiraca City, Alagoas State. Fascinated by the sounds of nature since he was a young child, Pascoal would experiment with the noises of scrap metal pieces in his grandfather’s blacksmith shop. When he reached the age of eight, he began to play his father’s 8-bass accordion and never stopped. He then began performing alongside his brother José Neto at parties alternating between the accordion and tambourine. 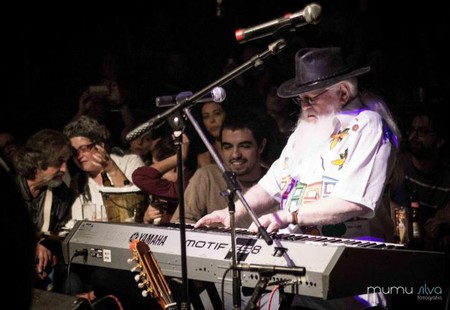 Pascoal’s public career began in 1964 with several appearances on Brazilian recordings with relatively small and unknown groups. These now classic albums and musicians eventually became widely influential in post-bossa Brazilian Jazz. Artists involved included Edu Lobo, Elis Regina and César Camargo Mariano, amongst others. Pascoal’s fame grew with his 1971 appearance on Miles Davis’ album Live/Evil, which featured the musician on several studio pieces that he also composed. From the early 1970s onwards, he mostly lead his own groups and became a major attraction at many esteemed events, from the 1978 International Jazz Festival in São Paulo to the Montreux Festival in Switzerland, where he recorded his double-album Hermeto Pascoal ao Vivo.

In 1973 he toured extensively throughout the USA and Mexico and recorded A Música Livre de Hermeto in Brazil. This effort awarded him the accolade of Best Soloist by the Association of Critics of São Paulo (APCA) and in the following year Best Arranger. 1996 saw him awarded with the Prêmio Sharp for Best Arranger for the Duo Fel CD Kids of Brazil. In the same year, he received the Prêmio Ary Barroso. Pascoal’s recordings are truly comprehensive, in total he features or leads in over seventy-nine albums. Between the years of 1996 and 1997 he set himself the exhaustive and challenging task of recording a song every day of the year, including the 29th of February, so that everyone would have a song for his or her birthday. Known collectively as ‘Calendário do Som’ or ‘Sound Calendar’, this achievement is perhaps the most enduring and impressive of Pascoal’s entire career and has earned him fame throughout the music industry. 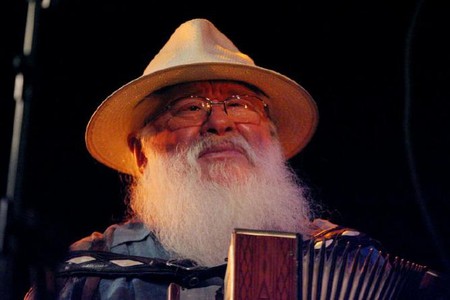 At seventy-seven years old, Hermeto Pascoal’s addiction to music is stronger than ever. Breaks from music are great struggles for the performer and he states ‘I get crazy to compose — just like people who use drugs or don’t have their cigarettes.’ When most artists his age would consider stopping, he feels like he’s only ‘just starting’ on his musical journey towards eternal innovation.