Here’s Why You Should Spend New Year in Barra Grande, Brazil 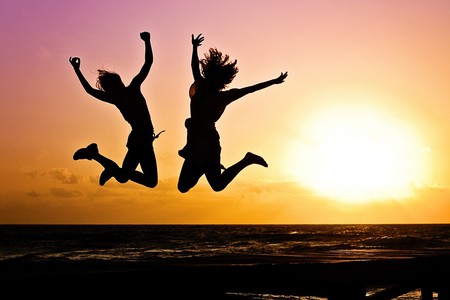 New Year’s Eve falls in the middle of the Brazilian summer. The sun is sizzling, the unofficial extended holiday until carnival is underway and the night is steeped in tradition. The chiming of midnight is celebrated all over the country, but there is one spot in particular that will help you see the new year in in style—Barra Grande in Bahia.

Barra Grande means big spit, or sand bar. It’s an apt description of the finger of land on Bahia’s long coast that pushes up between the Atlantic Ocean on its west side and the Bay of Camamu on its other. As well as being a wonderland of wild animals, lush forest, and blue lagoons that sleep under a sheet of glittering stars at night, it is one of the few places in Brazil where the sun can been seen setting in the west from a headland.

With no asphalt road to the town, the only way to arrive is either along a slow and uncomfortable dirt road along the peninsula, or by boat across the bay. The journey, though long from almost every way you approach, leads to a small fishing town of sandy streets, a scattering of restaurants and pousadas, and miles of open, unspoilt, and largely empty beaches. It is a good place to look back over the past 365 days and contemplate the next.

Barra Grande kicks into action the week of Christmas. Beach bars open, shops stock up, and party organizers start to set up for the ensuing influx. For about 10 days there is a roster of events, mini-festivals, live music and parties to move between. Some venues, like Brazilian electro pop-up Café de la Musique, are ticketed and will be cheaper the further in advance you buy them. Others, like local club Café do Mar, will charge a small fee for entry each night and don’t need to be planned ahead of time.

There is really only one place to spend December 31 when you are staying in Barra Grande, however. Tikal Praia Bar on Algodões beach has earned its position as the coolest, chicest, best organized, and most hedonistic place to spend New Year’s Eve. The bar is a wooden structure on a bouncy grass lawn that overlooks an empty beach with nothing and nobody for miles. The organizers—who run underground club night RARA in Rio—bring bands to pep up the crowd before midnight, before top DJs take to the decks entertaining a delirious crowd until dawn.

As is tradition in Brazil, everyone wears white on New Year’s Eve. After spectacular fireworks at midnight, groups flock to the water’s edge to jump holding hands over seven small waves. It brings luck for the year ahead. As the sun slowly rises over the sea, heat and glowing light warm the party, kicking it into a new phase as happy revelers begin to drift away into the year ahead.

Have no fear about waking up with new year’s blues in Barra Grande. Plop into the still waters of the bay to rest your weary legs. Fill your stomach with fresh lobster at Bar do Rô, and nap in the sun before heading to Macunaima for sundowner cocktails and sushi on one of their swing seats or hammocks. The following days can be filled with quad-bike tours to far off beaches, boat trips to glorious waterfalls, snorkeling, and bathing in natural pools, good food, live music, more parties, and lazy naps on the beach to leave you rested, recuperated, and pumped for what lies ahead.