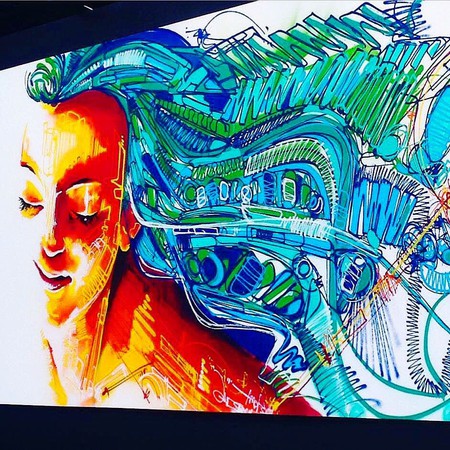 Marcelo Ment talks openly about life in Rio de Janeiro in all its imperfect glory, from its dazzling nature and thriving metropolis to the stark inequality between the rich and the poor. It’s these contrasts that have inspired his work and turned him into one of the few street artists from Rio whose fame has spread worldwide. Acknowledging graffiti’s origins from the ghetto, he describes how classic street art comes with a heavy presence of masculinity and a hip-hop theme. What’s interesting then is how Ment evolves these traditions by painting vibrant, colorful images of feminine figures, among other images, on the canvases of Rio de Janeiro’s walls. Here, Ment talks about his inspiration, Rio’s influence on art, and art’s impact on communities within favelas. 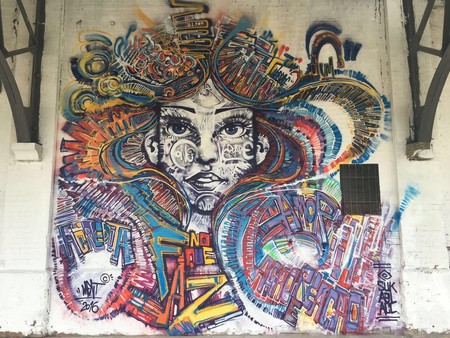 When did you start doing graffiti?

Street art in Rio de Janeiro is still a very recent culture, very new, with it starting in the nineties. I think that it’s still a very new culture worldwide, fifty years maybe. I started with almost all of the other artists from my generation. I started doing text that we call here ‘pixação’ [graffiti with letters] where I would sign my name. I always had an artistic presence in my house, my brother, my sisters. I always had this incentive and since a very young age I liked drawing so much and I was a huge fan of comics since Marvel, X-Men, this type of thing. I always liked this type of drawing because, despite it always being the same characters, there exists a different style because different artists drew these characters and this in some way encouraged me. I started to really dedicate myself to art, to an artist’s life, in 1998. The first project I did as an artist was in 1998.

What was and what is your inspiration?

I think, in the beginning, my biggest inspiration was in some way to try and understand myself a little as a part of the city. Graffiti was still just kicking off. There wasn’t much internet or it was just the beginning of the internet here. So, I think that the contrasts always were, and still are today, my biggest influences. I think that a city like Rio that has so much nature, has characteristics of a big urban center, so many buildings. It has traffic but at the same time, it has the beach and nature. 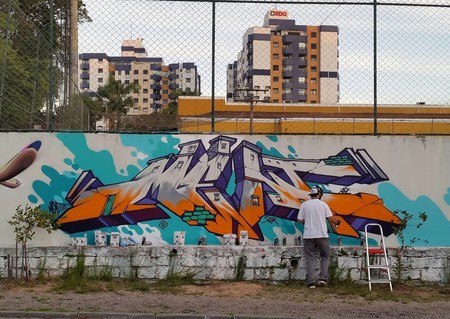 One of your most notable works is the drawing of a woman’s face. What is the story behind this?

I’ve always had a huge difficulty in drawing feminine figures. For me, it was always very difficult. I think the world of comics that were my main references had a lot of female characters but they are a minority. Graffiti is still connected to masculinity and the ghetto, something that came from the ghetto. The number of women that paint is fewer than the number of men because you stay on the street and are exposed to all that is good and bad on the street. I always felt a desire towards feminine characters. A lot of the characters were always that classic character of hip-hop with a guy wearing a cap with a microphone. I respect so much this form of art and in some way [painting feminine figures] is an additional challenge for me. So, it was a way of doing something else and challenging myself. To learn to overcome my limitations. I think the biggest challenge as an artist, even as a human being is this. The great challenge of life is this, you try to overcome your limitations, to strengthen our weaknesses. It was a way of learning and dealing with my limitations. Even today, it is a huge challenge to paint feminine figures. Also, I grew up with two sisters so there was always a strong feminine presence in my house so in some way to paint feminine characters is a way of celebrating that. 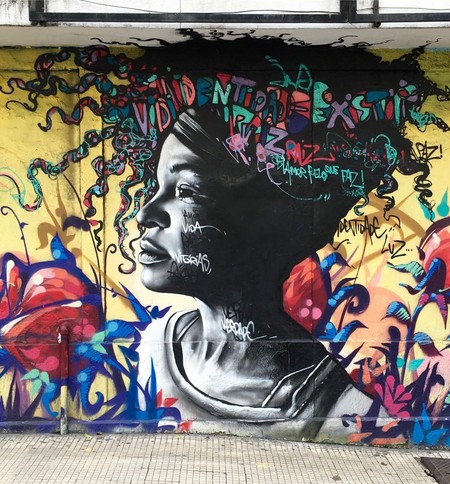 In 2009, the government introduced a law that legalised graffiti, allowing artists to paint on the city’s walls as long as they had the owner’s permission. How did this change street art for you?

To be honest, the law says that you can do graffiti as long as you have permission. And this, in practice, doesn’t change much. What it does change is how the people, the population accept graffiti or urban art as an artistic expression. The police never stopped graffiti here, not like they do in Europe or the U.S. So, in some way, we have greater freedom to paint here. The law is worth more in theory than in practice. For me, it doesn’t change a lot. I carry on painting, sometimes in a legal way, others in an illegal way. Most of the opportunities I get to paint on the street I try talking with the owner of the space first.

How does the urban art scene in Rio de Janeiro compare to the rest of the world?

Everywhere, I think, is still going through a moment of discovery and adapting; not only the artists adapting to painting in the street and using it as a canvas but also the general market adapting to absorb this art. Without any doubt, it is the most modern expression of art that has appeared in the last few years and has been expanding constantly. I think it is still a new thing that is being discovered in Rio and any other place in the world. Everything is still very new. I think there is a new profile of people that are buying and getting to know art. That profile of the traditional art collector still exists and will continue to exist. But, there’s a new profile of young people, of entrepreneurs, of doctors, lawyers, engineers, those with a higher income, buying art. I think graffiti has come and given the art market a shake. 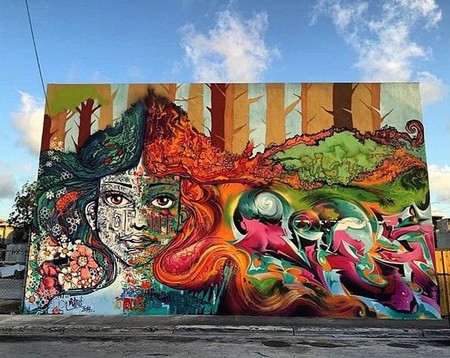 Do you think street art offers a way of providing opportunities to communities within favelas? Perhaps a way of avoiding crime?

The biggest problem in these places is the lack of reference, the lack of perspective. The projects connected to art and to culture are projects that create new perspectives and new references. Despite everything in Rio being all mixed with a favela here, the beach there and then the rich part of the south zone all mixed together, there is an invisible line that separates everything. A lot of people have little and a few people have a lot. Violence is the major reflex of this inequality. Education can create a better perspective. There are various examples such as Wynwood in Miami and Brooklyn in New York, areas that were abandoned that became revitalised through art. There are tourists going there, galleries opening, and the economy starts circulating. The favelas in Rio are from this culture. So, yes, graffiti can be a path to give more opportunities, to make it easier to follow a good path.

How do you feel when you are painting?