Golf Returns To The Olympics, But Without Its Top Stars 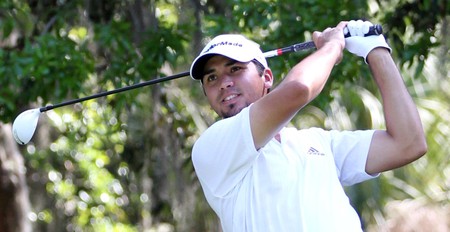 Golf makes its first appearance in the Olympics in 112 years as the men’s tournament begins Thursday at the 2016 Olympics in Rio.

Yet, the 60-player field is without a host of big names, including the top-four ranked players in the world: Jason Day (Australia), Dustin Johnson (USA), Jordan Spieth (USA) and Rory McIlroy (Great Britain). Not to mention former world No. 1 Tiger Woods (USA) is still recovering from multiple back operations.

Fears of the Zika virus and a congested schedule have led to many of the household names withdrawing from representing their country in Brazil this summer.

‘It will be a spectacular event just because it’s the Olympics,’ Woods said. ‘It would be better if we had a top-heavy field.’ It will be up to the likes of Americans Bubba Watson, Rickie Fowler, Patrick Reed and Matt Kuchar; Masters champion Danny Willett (England), British Open champion Henrik Stenson (Sweden), Martin Kaymer (Germany), Justin Rose (England) and Sergio Garcia (Spain) to capture viewers’ attention during the four-day competition at Olympic Golf Course, which runs until Sunday.

Rose, the 2013 U.S. Open champion, said he hopes the players who backed out of playing in Rio rue their decision. ‘I really truly believe it has been a great decision to be here,’ Rose said. ‘I hope the golf is a huge success and the guys regret not coming. That might spur them on to support future Olympics.’ The women’s tournament, which is August 17-20, features a stronger field, including the top five players in the world: No. 1 Lydia Ko (New Zealand), No. 2 Ariya Jutanugarn (Thailand), No. 3 Brooke Henderson (Canada), No. 4 Lexi Thompson (USA) and No. 5 Inbee Park (South Korea). ‘I’m proud to have the New Zealand flag on my bag and to represent New Zealand at an Olympics,’ Ko said.

Words can’t describe the feelings I have representing my country. Wearing red, white and blue playing for my country is a dream come true always for me. The Olympics aren’t too far away and I’m beyond excited and honored to represent the USA! @usagolf A photo posted by Lexi Thompson (@lexi) on Jul 12, 2016 at 11:50am PDT

Brazilian Adilson da Silva, 44, officially brings golf back to the Olympics when he tees off at 8:30 a.m. Thursday in a group with Graham DaLaet (Canada) and Byeong-Hun An (South Korea).

Golf great Arnold Palmer is looking forward to the sport’s return to the Olympics, with or without some of the world’s best.

‘I’m double excited and interested as we approach the historic and long-awaits return of golf to the Olympics,” Palmer, 86, said in a statement published on the Golf Channel. ‘I’ll be rooting for the USA, but pulling for the sport of golf.