How Gay Football Teams are Challenging Discrimination in Brazil 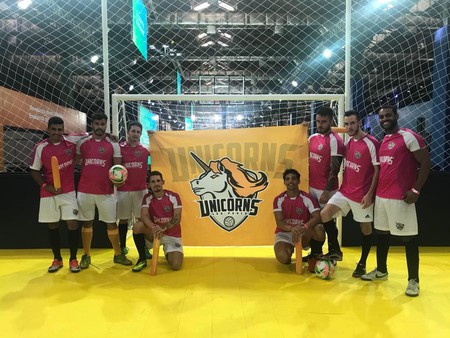 Known for producing some of the world’s finest football players, not to mention the country with the most FIFA World Cup titles tucked under its belt, Brazil and football go hand-in-hand. Despite its popularity, football in Brazil has been shrouded in a machismo culture and is considered a sport strictly for heterosexuals. Homophobia has created an impenetrable barrier for gay men wishing to fulfill ambitions of being pro footballers, and in a country that is facing increasing homophobic violence, the dangers of trying to break social barriers are real. However, LiGay, a football tournament for gay men, is helping to overcome such discrimination and providing a chance for LGBTQ members to enjoy the sport too.

LiGay is a football tournament especially for gay football teams and is currently the biggest sporting event for the LGBTQ population in Latin America. The first tournament was held in Rio de Janeiro in November 2017 and proved to be a huge success, prompting another championship to be scheduled in Porto Alegre on April 14-15. The tournament will see 12 football teams with a total of 260 athletes compete in a series of games in an attempt to win the LiGay Championship, drawing in an estimated 1,500 spectators. 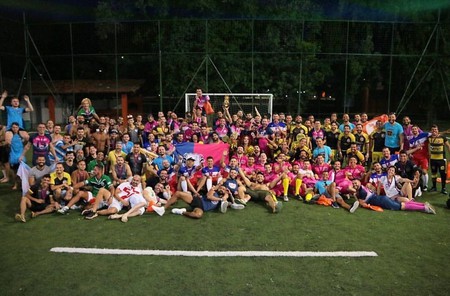 All the teams of the 2017 LiGay tournament | © Felipe Marquezin

Although there are no laws to stop gay people playing football in Brazil, the social barriers in football’s culture are hard to break and prevent gay footballers ever reaching a professional level. Brazil is also an increasingly dangerous country for LGBTQ people: according to Grupo Gay de Bahia, in 2017 at least 445 people were killed in Brazil as a result of homophobic violence, representing a 30% increase from the previous year. Against this context of homophobia, LiGay is providing a safe and fun environment for gay men who want to play football.

One of the founders of the Unicorns, Felipe Marquezin, said that their team in São Paulo began in 2015 with the idea of uniting LGBTQ people together to play football for fun. “It started with me, Bruno [Unicorns founder] and then Pedro [Unicorns founder]. Increasingly more people came to our practice sessions until we ended up creating a team. We also have a running club and a circuit training club, especially for gay participants.” 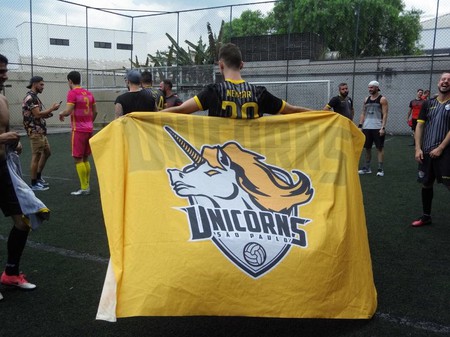 He explained some of the challenges gay men face playing football in Brazil. “Brazil has an environment of machismo in general. In football, it’s even worse.” He adds, “In the dressing rooms, people treat you differently and forget that you just want to play football.”

Against this background of discrimination, LiGay is growing in popularity and proving to be a fun, progressive event. The event is open to spectators and will take place over two days – 14th and 15th April – in Porto Alegre. To find out more information on the event and how to get involved, check out the LiGay Facebook page to keep up to date with the latest news.