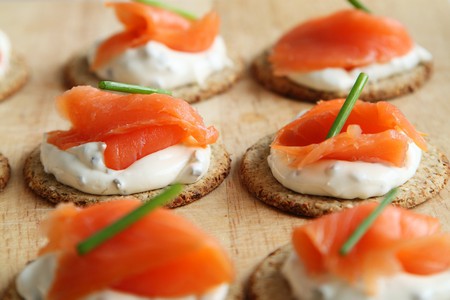 Rio de Janeiro’s gastronomy is packed with intense flavours, spices and variety; a perfect illustration of the city’s rich history. The local dishes are mainly influenced by the Portuguese colonizers and the African slaves who arrived in the city from the late 17th century. Here we highlight the 10 best restaurants that celebrate the best of the city’s local culture.

At the Espírito Santa head chef Natacha Fink creates Brazilian cuisine with an Amazonian twist, inspired by her Amazonian roots. The menu features adventurous flavours, and great attention to detail. The signature starter is the tambaqui (a popular Amazonian fish) lightly breaded and served with a pesto of jambu herbs. The Espírito Santa is housed in a 19th century building sitting right beside the tram line, just outside the busy streets of the neighborhood’s many bars and galleries. Perched on a hill, the restaurant provides impressive views overlooking Santa Teresa. 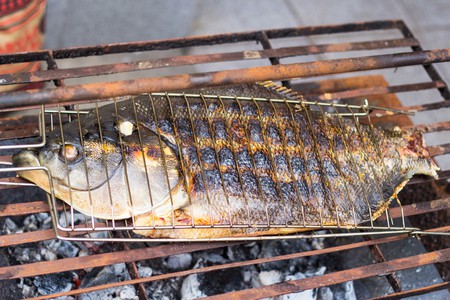 This quirky restaurant first opened in 2010 and is dedicated to fans of cinema. Located in Centro Histórico, halfway between Mosteiro de São Bento and the Candelária Church, the interior is decorated with film memorabilia and all dishes and drinks are named after famous titles of Brazilian releases. Cine Botequim also shows films daily and offers cinema students and new directors the chance to showcase their work. 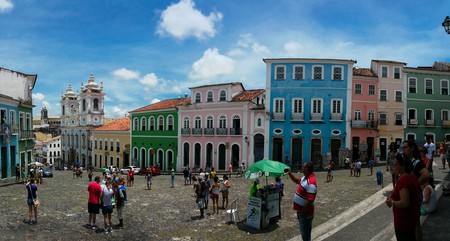 The Lagoon is set in what was once the disused headquarters of the Lagoa Rowing Club nearby Jardim Botanico. The renovated destination includes five restaurants, a live music venue and a cinema. The Gula Gula restaurant overlooks the Lagoa Rodrigo de Freitas towards Corcovado from an elevated terrace. Offering a varied mix of gourmet salads and hot dishes, this restaurant is dedicated to serving healthy food with a twist in a stylish and tranquil environment.

Market restaurant is hidden away down a narrow alleyway from the neighborhood’s bustling main road Rua Visconde de Piraja. Serving fresh local dishes in a lively little restaurant complete with a garden, it is a good choice for a healthy breakfast or lunch. Using only fresh ingredients, Market prides itself on creating novel combinations, as well as freshly made juices and cocktails. Unlike many of its contemporaries, Market also offers an extensive number of vegetarian options, making use of protein-rich ingredients such as quinoa and lentils.

Rio Scenarium is said to be one of the most beautiful bars and restaurants in Rio de Janeiro, and is known to have played an important role in the recent revival of Lapa’s nightlife. Located in a renovated warehouse on the edge of Lapa, Rio Scenarium is a club, restaurant and antiques warehouse all rolled into one. Local musicians play live music samba forró and showcase the accompanying gafieira dance, and its decor consists of an array of ‘objet d’art’. The menu offers Portuguese inspired cuisine complete with a full range of Brazilian wines. 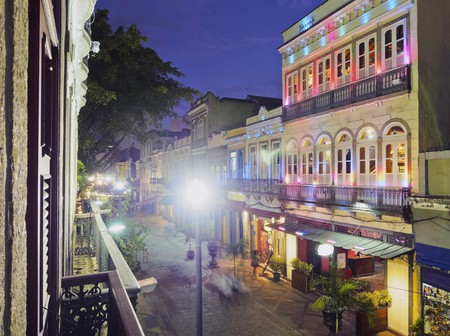 Established in 1933 Albamar restaurant is housed in one of the five turrets of the 1908 Municipal Market built in the administration of Mayor Pereira Passos, as part of a great urbanization project for Rio de Janeiro. In 1962, the unique metallic structure, imported from Belgium and England, was listed as a heritage site, rescuing it from the demolition of the old market. Albamar is known for its good selection of wines and its Brazilian cuisine served by chef Luiz Incao. The restaurant provides great views of the Rio-Niterói bridge, the fishing boats and the historic island of Ilha Fiscal.

The Palaphita Kitch is located on the shores of the beautiful Lagoa Rodrigo de Freitas. This Amazonian jungle retreat features all outdoor seating, and the furniture is truly rustic, being made from reforested eucalyptus with thatch and straw huts. The menu features fish dishes, appetisers and fruit plates with the majority of the ingredients found in the rainforest. A very exotic dish is the Carpaccios Exoticos which features yellow alligator, ostrich, wild boar, corned beef, seafood, buffalo mozzarella with sundried tomatoes and accompanied by a selection of roasted artisan breads.

Aprazivel is set in the neighbourhood of Santa Teresa in a hilltop mansion, complete with garden and patio seating offering views of downtown Rio. The menu features an intriguing variation on Brazilian cuisine, using many ingredients from the Nordeste region. Interesting starters include fresh grilled palm hearts, and pumpkin cream soup with prawns. The signature main is the peixe tropical, grilled fish in an orange sauce, served with coconut rice and baked banana. The owner and chef Ana Castilho first opened her home in 1996 for a large dining event and now 15 years later, the Aprazivel is still delighting guests with its fine Brazilian cuisine. On Thursday nights the restaurant hosts a ‘choro night’, presenting live Brazilian jazz music.

Miam Miam is set in a restored colonial building in the stylish bayside Botafogo neighborhood. The French-Brazilian owners offer a unique menu featuring French cuisine with a Brazilian twist, the fetuccini with mushrooms, roasted garlic and lime being a popular dish. The kitsch decor is furnished entirely with pieces from the 1950s, 60s and 70s.

Refeitório Orgânico (Refectory Organic) has been described as one of the best vegetarian restaurants in Rio de Janeiro. The cuisine is a mix of Brazilian and international dishes, and visitors have a choice of a buffet or à la carte options. All food is 100% vegan and organic, but this hasn’t stopped the restaurant being universally popular and is often filled with locals.