Forget Bavaria, Here Are 11 Reasons to Celebrate Oktoberfest in Brazil Instead 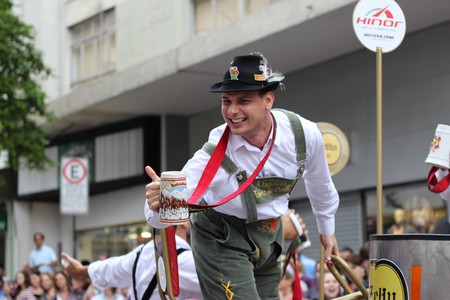 For the Irish, passing through a town like Chicago during St Patrick’s Day would surely be an eye-opening surprise and leave them thinking, ‘we don’t even take it this seriously!’ The enormous Oktoberfest held in Blumenau, Brazil, is very cultural and authentic, so if you’ve always wanted to celebrate Oktoberfest in Brazil, these 11 reasons will have you checking flights pretty quickly.

If you opt to celebrate this centuries-old German tradition in a South American country, you’ll have a unique story to tell about celebrating the gigantic beer festival in Brazil and end up making the Munich party-goers jealous. 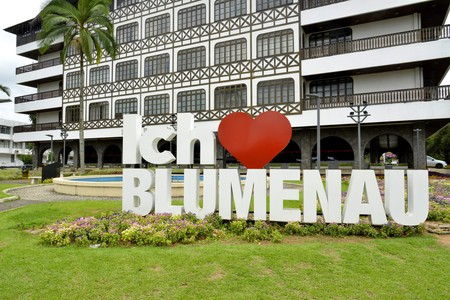 The festival in Blumenau is quickly growing into one of the biggest Oktoberfest celebrations in the world. Considering its inaugural year is 1984, it has very quickly become the third largest Oktoberfest in the entire world, encroaching upon Canada’s festival in Waterloo, Ontario, which is the second largest after Munich’s. 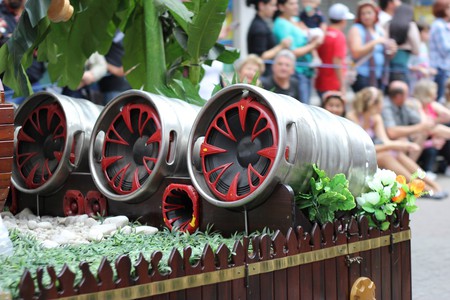 Germany outside of Germany

In the 1800s and once again post-World War II, Brazil saw a large influx of German immigrants into the state in which the festival is located—Santa Catarina. The architecture in Blumenau consequently resembles Bavaria’s, which adds to the authenticity of the giant party.

The autumn and winter months in the Northern Hemisphere are when you see a mass exodus of people heading south in search of sun. Because Oktoberfest is held in October, if you celebrate it in the north, you’ll be taking shelter from cold, rainy weather under giant tents, even if you’ve had enough pints of beer not to take notice. In the south of Brazil, Oktoberfest coincides with the beginning of the summer months, making the festival a bright, sunny affair. 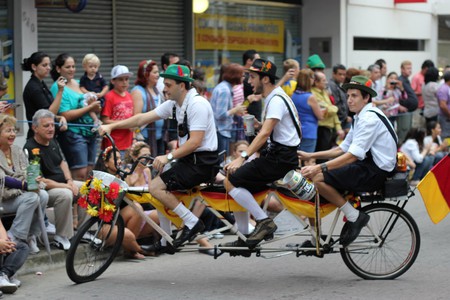 Head to the beach after the beers

Most people would agree that it’s best to spend a hangover, or resaca, in the shade of a beach umbrella listening to the sounds of the lapping ocean. After having fun at the festival, you’ll be able to jet east to the Santa Catarina coast, which is home to some of the most stunning beaches in all of Brazil.

Germans love their schnitzel, sausages and beer, which you’ll be able to find plenty of at Blumenau’s Oktoberfest. However, Brazilians are also very proud of their typical foods so don’t forget to try classics like batata recheada, a delicious stuffed potato, as well as feijao and the country’s wide selection of meats.

No beer, no problem!

Due to the hot weather, the beer in Brazil is usually quite light and served at freezing cold temperatures. Though plenty of German beers will be available, you should also drink Brazil’s national beverage, the caipirinha, if you want to take a break from the beers. 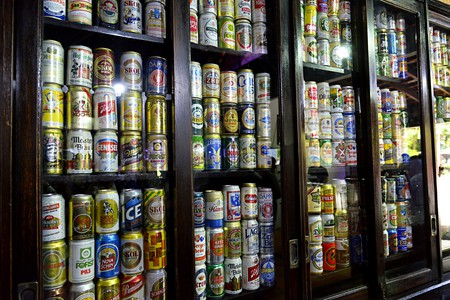 A beer festival is not complete without a drinking competition. To win the one at this Oktoberfest (which has a category for women and for men) you must drink a 600-millilitre (1.2-pint) beer as quickly as possible without spilling it or removing your lips from the glass. These contests take place every day and the fastest times are rewarded with the title of champion.

At Blumenau’s festival, a Queen of Oktoberfest is selected out of 10 possible candidates who take part in a competition similar to a beauty pageant. And at the end, there is only one winner, though the runners-up are made Princesses of Oktoberfest. 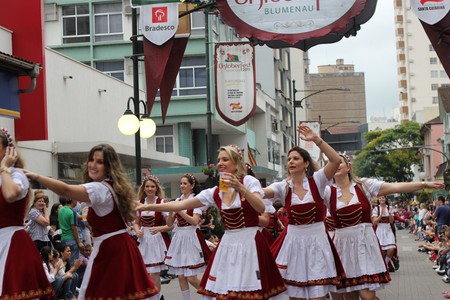 Take part in a piece of Brazil history

In 1984, Blumenau suffered a large flood which destroyed much of the town and cost the city millions of dollars in damages. Blumenau’s city council decided to implement an annual Oktoberfest in order to raise money for the reconstruction of the city, along with the spirits of the town’s people.

Similar to the Advil you might need after the festival is over, the festival itself begins and ends pretty quickly, moving into full swing right from day 1 and lasting an astounding 17 days, outdoing Munich by one day. 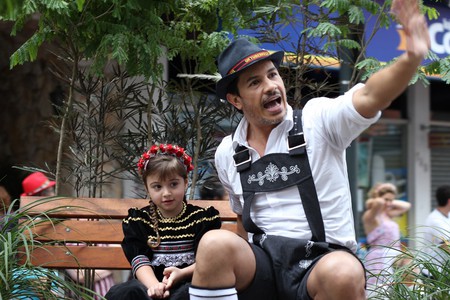 Fun for all ages | © Vitor Pamplona / Flickr
Give us feedback