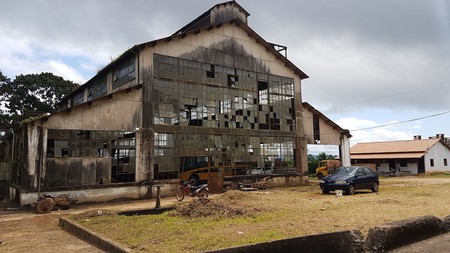 After 12 hours on a boat ride up the Tapajos river in the Amazon, a huge water tower emerges as if out of nowhere from over the horizon, marked with the faded lettering of the Ford Motor Company. The forest then shrinks and gives way to factory buildings, rural Midwestern homes, and an old church. Welcome to Fordlândia: a decaying monument to American industrialism, right in the middle of the Brazilian Amazon.

Fordlândia was built in 1928 by American industrialist Henry Ford. The famous automobile innovator had the daring idea to buy millions of acres of land from the Brazilian government and transform it into a rubber plantation, hoping it would serve as a source of the material for the Ford Motor Company back in the United States.

In typical Fordist style, producing rubber was only one part of the vision for Fordlândia. Besides the plantation, Ford sought to create an idyllic community, not dissimilar from the Midwestern United States of his childhood, complete with schools, hospitals, and traditional American-style homes. But in both in idealism and functionality, it was a colonizing experiment that completely failed. 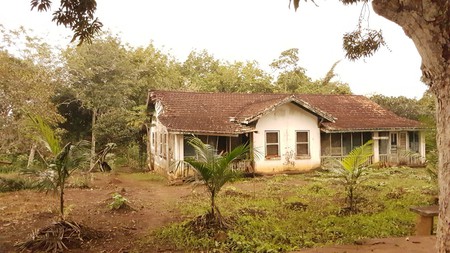 Why a rubber town?

The story of Fordlândia goes back to the turn of the 20th century and the changing global trade of rubber, once Brazil’s greatest export. The demand for rubber from industrialized Europe and the USA was massive, and back then the commodity could only be found in the Amazon Basin. Brazil’s monopoly sparked the so-called Amazonian Rubber Boom, which transformed northern cities Manaus and Belem into thriving metropoles, filled with lavish neoclassical architecture.

This all changed when British explorer Henry Wickham managed to smuggle tens of thousands of rubber tree seeds from Brazil back to London. Britain took the seeds to its colonies in southeast Asia, where the trees thrived, without the blight and pests found in the Amazon. Brazil’s stranglehold on the world’s rubber production had been broken.

Now that places like Europe had control of the rubber trade, Henry Ford became worried, since his Ford Motor Company relied heavily on rubber for car parts. His solution was Fordlândia.

In the 1920s, Henry Ford sent his emissaries to the north of Brazil to procure an expanse of land on which to build his new town. Desperate to make money from rubber again, local government jumped at the chance to host the Ford Motor Company. However, Fordlândia wasn’t the success Brazil hoped it would be.

When utopia becomes a dystopia

Though Ford paid his workers remarkably well and gave them access to schools, hospitals, and libraries, he also forced his own idea of “healthy” living onto the local population. This meant no meat (Ford was a strict vegetarian), alcohol, or prostitution. Ford essentially set up his idea of utopia and replicated a sort of prohibition like the one that was going on in the United States. As in the US, the response was not positive or long-lasting. And when the Ford Company managers did away with waiters in the cafeteria, a workers’ riot broke out. 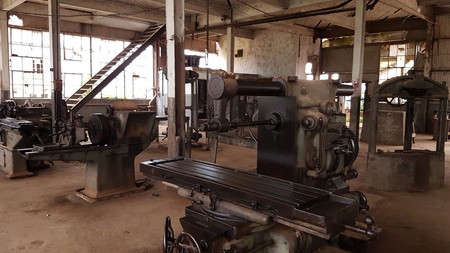 Not only did the workforce revolt, but the Ford Company’s plan of producing rubber also ended in farce. Dismissing expert advice, the company planted the first trees during the hot and dry season, and they perished miserably. While rubber trees usually thrive all year round in the Amazon, part of this is because they are surrounded by jungle foliage, providing them a steady supply of water throughout the dry season. In Fordlândia, the trees were isolated and planted in tight rows, which also created a haven for pests and fungi.

The town was a perfect example of attempting to impose foreign perspectives from afar without listening to nature. Fordlândia was almost completely abandoned in the late 1930s. The Ford Company formally closed it in 1945 before selling the land back to the government at a huge loss. Though he was constantly involved in the town’s construction and operation, Henry Ford never once visited Fordlândia.

Over 80 years later, Fordlândia still exists. The estimated 3,000 people who live there today are predominantly cattle farmers and local-business owners. If it weren’t for the incongruous American-style homes and fascinating Ford Company factories, it would seem like a normal Brazilian rural town. 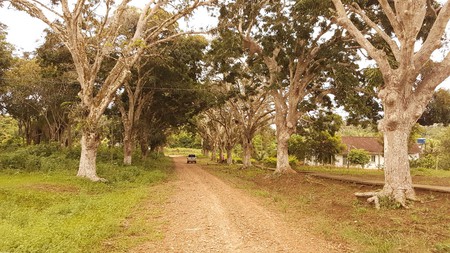 The tree-lined streets of the Vila Americana, Fordlândia | © Euan Marshall

Today, it’s a fascinating and unique place to visit; it’s certainly off the beaten track, though doable in a two- to three-day trip. Fordlândia is only accessible by boat from the port city of Santarem. A slower boat passes once a day and can take up to 15 hours, while there are also two fast boats, which complete the trip in five hours. You can buy tickets on the docks in Santarem or, for the return trip, on the boat itself.

The best option for accommodation is the Pousada Americana (Avenida Boa Vista, 31, Fordlândia, +55 95 3505 3073), located just up the hill from the docks. Guilherme and Rita, the proprietors, are amazing hosts and will make your visit to Fordlândia very special indeed. The rooms are clean, comfortable, and cheap, and for a small fee Dona Rita will cook all of your meals. Having lived in the town for decades, both know Fordlândia inside out, and Guilherme will take you on a tour of the main sights, which is indispensable for some slightly further out locations, such as the cemetery. 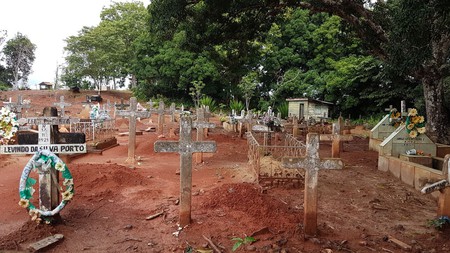 Touring around Fordlândia’s attractions can be done in one day, or spread over two. The Vila Americana (“American Village”) is a must see, with rural American-style homes and tree-lined streets fighting against the advance of the thick Amazon jungle, making a striking visual. If you’re lucky, your host Guilherme might even take you to visit one of the village’s current inhabitants.

As a tiny, rural town, there is very little to do in Fordlândia in the evening except relax. However, for some unforgettable views, take a walk down to the Moura supermarket, which doubles up as an informal bar looking out onto the Tapajos river. Grab a cold beer, make friends with the locals, and marvel at the natural beauty of one of the strangest little towns in the world. 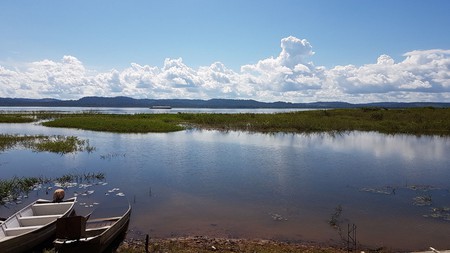