Exploring the Most Epic Caves in Brazil 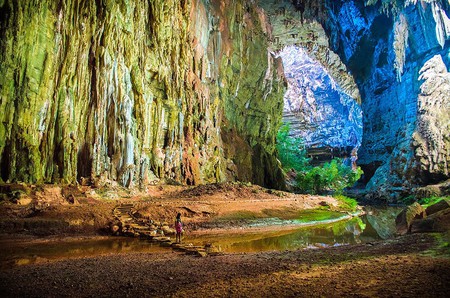 Brazil is riddled with mighty caverns, sunken depressions and mysterious underground cavities. The country’s caves continue to inspire curiosity with their compelling secrets, what has been discovered so far includes phenomenal natural beauty, cathedral-like chambers and subterranean forests. Here are some of Brazil’s most epic caves.

Located in the Alto Ribeira Tourist State Park, the Caverna de Santana is the longest cave in the state of Sao Paulo. The cave is considered among the most beautiful in the world due to the thousands of aragonite ‘flowers’ clutching the walls. These formations are the result of complex biological and physical processes that create crystal deposits of carbonate minerals. The cave is approximately 8,373 meters long. 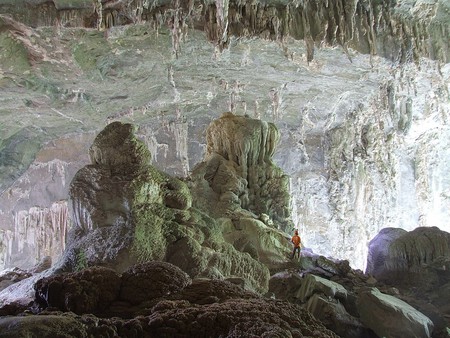 In one of the most remote and rural parts of Brazil, Abismo Guy Collet is in the north of Brazil close to the border with Venezuela. With a depth of 671 meters, it is the deepest cave in South America and the deepest in the world formed by quartzite. It was explored for the first time in 2006 and most of the cave still remains untouched.

Two of the most striking water caves in Brazil, Poço Encantado and Poço Azul have crystal clear water so transparent, it gives the impression the pools are empty. The water is, in fact, an electric blue color which is enhanced by the natural light seeping through a gap in the cavern. Both caves are near to the Chapada Diamantina National Park in Bahia. Poço Azul has significant historical importance as the bones of a giant sloth were found there, alongside other prehistoric animals. 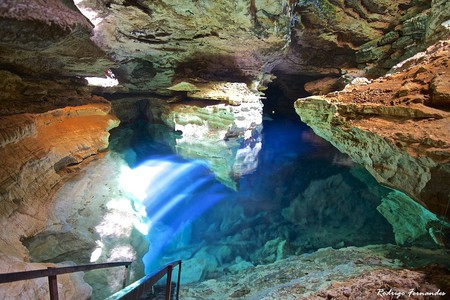 Located in the state of Minas Gerais, Gruta de Maquiné is the oldest cave in Brazil. The huge cave has seven chambers complete with lighting, handrails and walkways so that visitors can safely explore inside. In addition to extraordinary rock formations and looming stalagmites, the area is also a region of paleontological importance. The remains of a large woolly mammoth were found inside, alongside huge fossilized birds and the ancient remains of our human ancestors.

The fourth-longest cave in Brazil, Gruta Olhas d’Agua is located in the state of Minas Gerais and is over 9,100 meters long. It features impressive rock structures such as limestone formations up to 1,000 meters long. A unique ecosystem has managed to thrive in the chambers of the cave, including species of bats, spiders and an unusual breed of depigmented crickets.

Located in the state of Ceara, Gruta de Ubajara is considered one of the most beautiful caves in Brazil. At 1,120 meters long and with nine enormous chambers, it is a mighty cave formed by limestone. To get to the cave, visitors can take a cable car that descends into the cave over a 535 meter-deep cavity. The cave is situated inside a national park that is rich with a complex ecosystem of incredible fauna and flora, making it an ideal setting for exploring the untouched landscapes and wildlife spotting. 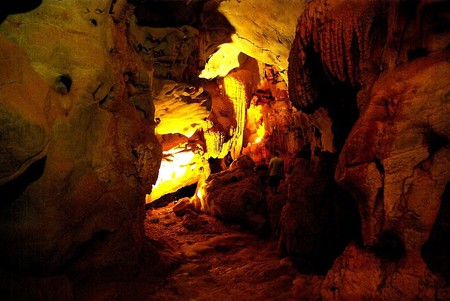 Located in the state of Bahia, Toca da Boa Vista is the longest cave in the Southern Hemisphere, with 120 kilometers of mapped passages. Many fossil records have been discovered in this cave, including an extraordinary collection of well-preserved skeletons from several extinct species. Its rural and isolated location has prevented it from becoming a tourist spot and it remains an important area of immense scientific value.

Located in the Cavernas do Peruacu National Park in Minas Gerais, this limestone cave is the largest in the region stretching horizontally to a total of 4,740 meters. The cave is riddled with small crevices and skylights which allow natural light to seep through. As a result, mini forests have grown around the Peruaçu River that runs through the cave, creating a unique ecosystem combining forest wildlife and plants with cave-dwelling creatures. The cave also features an enormous 28-meter long stalactite.