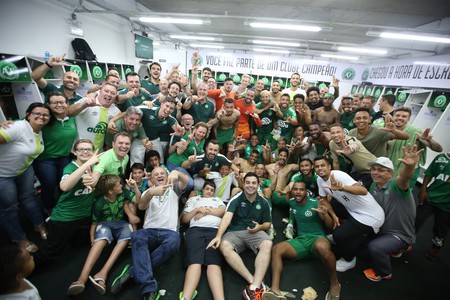 Just one year after the air crash that took the lives of so many of Chapecoense’s team and coaching staff, the Brazilian team are now celebrating their qualification to the Copa Libertadores, South America’s most prestigious continental club competition.

On December 3 2016, on a somber, rainy day in the Brazilian city of Chapecó, nearly 100,000 people gathered in and around the Arena Condá stadium to pay their respects to the 71 victims of the LaMia flight 2933 air disaster, which had occurred one week earlier. The aircraft was travelling from Bolivia to Colombia, transporting the Chapecoense football team to an important match in Medellín, when it crashed into the mountains, leaving only six survivors. Tragically, 19 of Chapecoense’s players died in the disaster, as well as their entire coaching staff. On December 3 2017, tens of thousands once again flocked to the Arena Condá, only this time they came to celebrate, as the resurgent Chapecoense sealed qualification to South America’s biggest continental club competition.

In their last match of the Brazilian league season, Chapecoense hosted rivals Coritiba and managed to come back from one goal down to win the match 2–1, with the deciding goal coming in the game’s 94th minute. This last-gasp victory pushed them up from 10th to 8th place in the league standings and means they will qualify for the 2018 Copa Libertadores.

In normal circumstances, this would be a remarkable achievement for a club of Chapecoense’s size. Only a few years ago, they were considered the fifth most popular team in Santa Catarina, which is one of the smallest states in Brazil. However, when you consider that one year ago they lost 19 of their players in a plane crash, Chape’s 2017 feat takes on miraculous proportions. 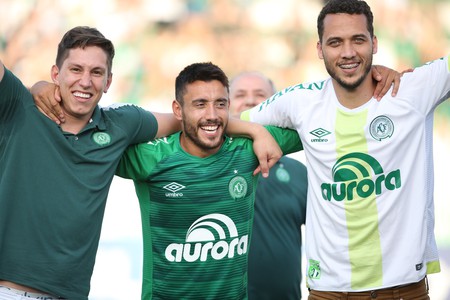 When the full-time whistle sounded on Sunday afternoon, the Chapecoense fans and players let out a cry of joy that has been caught in their throats for the last 12 months. At last year’s funeral ceremony, the three Chapecoense players who survived the crash – Alan Ruschel, Neto, and Jakson Follmann – wept over the coffins of their deceased companions. On Sunday, they joined the squad for a lap of honor around the Arena Condá. Since the crash, Ruschel has returned to playing, while Neto is currently recovering from a serious knee injury. Follmann, who lost his right leg in the crash, is now training to become a Paralympic swimmer.

In the aftermath of the crash, Chapecoense was left with less than a handful of professional players, made up of those who did not travel to Medellín that day. In an incredibly short space of time, the new club administration was forced to build a completely new team, convincing former Chape players to return to the club and receiving players on loan from other Brazilian teams. Their task for 2017 was so difficult that the rest of the league’s clubs petitioned the Brazilian Football Confederation (CBF) to make Chapecoense immune from relegation for at least one season. Chape, adamant they wanted to rebuild themselves and receive no special treatment, declined the offer. 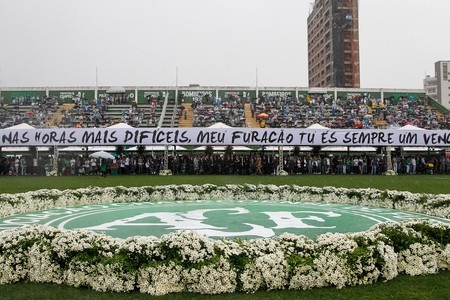 Amazingly, their 2017 season began well, despite having a squad who barely knew one another. They won the Santa Catarina state championships in May, defeating their rivals Avaí in the final. In the Copa Libertadores, they finished third in their group and were eliminated, but not before they had defeated Argentinian side and eventual finalists Lanús in Buenos Aires.

Their league season also started off promisingly; they were unbeaten for their first four matches and found themselves at the top of the table. However, their lack of squad depth and packed fixture list caused their form to drop considerably. By September, they found themselves in 18th place and threatened with relegation to the second division.

Just as things began to look worrying, Chape consolidated their efforts and pulled off a remarkable last quarter of the season under the leadership of newly hired coach Gilson Kleina. Taking over the club languishing just above the relegation zone, Kleina’s Chapecoense went unbeaten in their last 10 matches and managed to climb all the way up to 8th position.

The shadow of last year’s air disaster still hangs over Chapecó, but with Sunday’s heroic finish, the club has taken a huge step towards the definitive rebuilding of this much-loved Brazilian institution. As the club’s anthem goes, “through the joys and the most difficult times,” Chapecoense is always a winner.