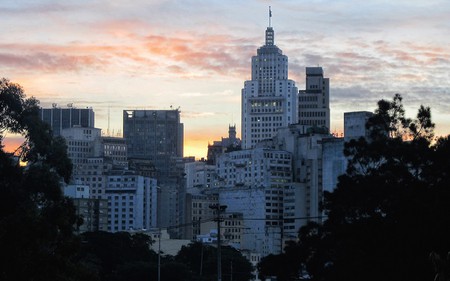 Oscar Niemeyer once said, “It is not the right angle that attracts me, nor the straight, hard, inflexible line created by man. What attracts me is the free and sensual curve, the curve I find in the mountains of my country, the winding course of its rivers, the waves of the sea, the body of the woman of choice.” Brazil’s most famous architect died in 2012, just 10 days short of his 105th birthday, but he left his mark in the architecture of some of Brazil’s largest cities. Three particular buildings in São Paulo’s city center, however, show the architect’s fondness of curves and arches. 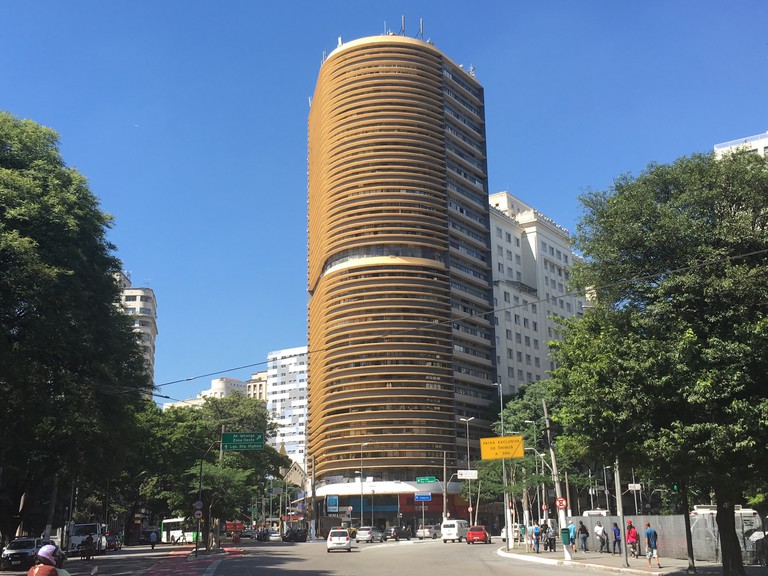 Edificio Montreal designed by Oscar Niemeyer | © Lise Alves
The Montreal Building, located opposite the Poupatempo Luz, was Niemeyer’s first building design in São Paulo. The rounded building, which began construction in 1951, stands out among the other smaller structures at the corner of Ipiranga and Cásper Líbero avenues. Here for the first time the architect used louvers (type of blinds) with the purpose of keeping the hot sun out from the apartments while allowing air to circulate. The angles and curves of the building shift in perspective, depending from which side you view the structure. The building’s entrance hall has three large mosaic panels produced by the Brazilian modernist artist Emiliano Di Cavalcanti.
Open In Google Maps
1284 Avenida Ipiranga, República São Paulo, 01040-000, Brazil
+5511910703488
Give us feedback

Near Praça da República, the Copan is perhaps Niemeyer’s most famous architectural design in São Paulo. Designed in 1951, its giant wave shape rises among the landscape of Avenida Ipiranga, breaking the right angle patterns of the surrounding structures. The building has 1,160 apartments and is considered the largest residential building in Latin America. It also has a commercial area that occupies the first three of the 38 floors, with 72 stores where old-fashioned barbershops and beauty salons sit side by side with restaurants, coffee houses and even a church. On the terrace, currently closed for renovation, visitors can see one of the most beautiful São Paulo’s skylines in town. 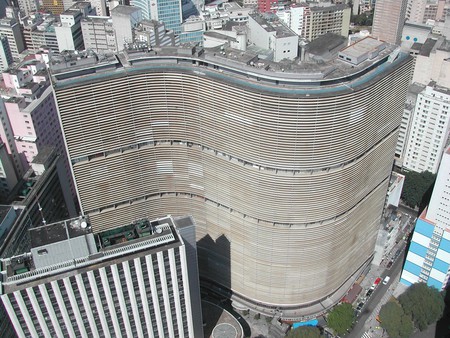 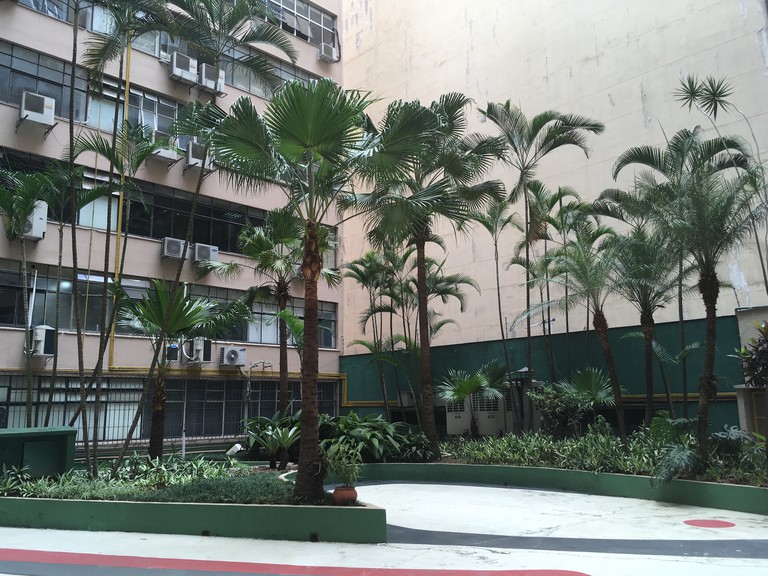 Garden at Galeria California designed by Oscar Niemeyer | ©Lise Alves
The Galeria Califórnia building, which has entrances in both Barão de Itapetininga and Dom José de Barros, pedestrian-only streets, was designed by Niemeyer in 1951, and in the 1950s was known as one of the most charming places of São Paulo’s center. Although it does not have Niemeyer’s recognized curved framework, the façade does have curved pillars. As with the Copan, the ground floor is occupied by a retail area, with residential apartments on the floors above. In the lobby there is a mosaic panel by Brazilian painter Cândido Portinari. One of the building’s attractions is the first floor atrium, a courtyard built inside the construction with a garden, trees and benches. Although Niemeyer designed the space to be used as an escape to the center’s noisy atmosphere, today the atrium is closed and only opened to visitors upon request.
Open In Google Maps
255 Rua Barão de Itapetininga, República São Paulo, 01042-001, Brazil
+551132596902
Give us feedback
Give us feedback