Brazil's Goddess of the Sea: Everything You Need to Know About Festival of Iemanjá 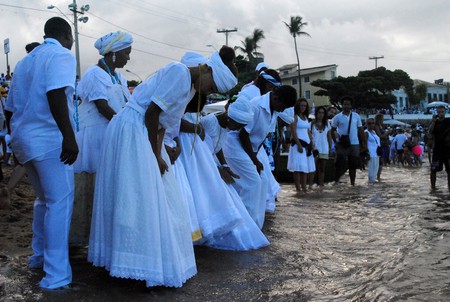 Every year, across the country, Brazilians of all faiths gather to celebrate the Candomblé goddess of the sea, Iemanjá. In Salvador, in particular, the festivities are spectacular and draw large crowds, as well as being shown on TV. Read on to get an idea of when and why this goddess is worshipped and how you can get involved.

What Is the Festival?

The festival of Iemanjá (sometimes spelt Yemanjá) takes place in many places all over Brazil. The biggest celebration of it takes place in the Rio Vermelho neighbourhood in Salvador on February 2 every year. During the festivities, followers of the Candomblé religion offer flowers and gifts to their goddess Iemanjá at the sea’s edge and send them out to her in the ocean. Everyone dresses in white, and night-long music and dancing continue after the offerings have been made. 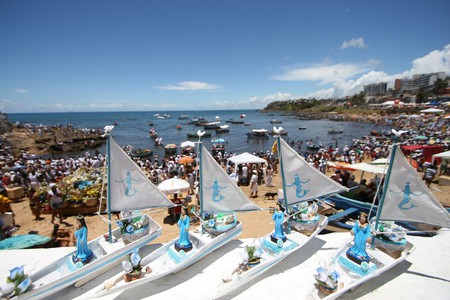 Iemanjá, goddess (or orixá) of the sea, is a central deity in the Candomblé religion. She watches over sailors and fishermen and controls their catches. She is very powerful, and is concerned with every aspect of womanhood, fertility and family; she is also the protector of children. She often is depicted as a mermaid and is always dressed in either white or blue. 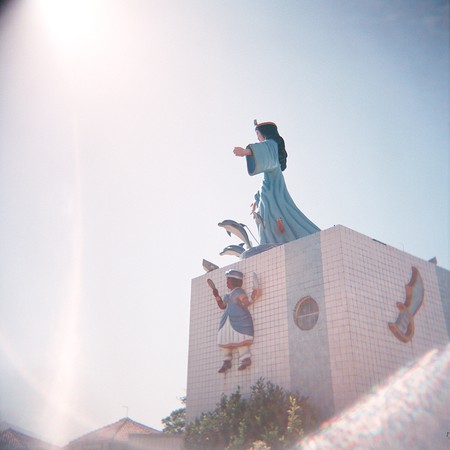 Candomblé is a wide and varied form of worship that came about in Brazil when slaves came from West Africa in the 16th century. Prohibited from following their own religion, they were forced by their masters to practice Catholicism. Similarities between Yoruban orixás and Catholic saints – Iemanjá was thought to be like the Virgin Mary – led to the merging of aspects of the two religions and the emergence of a hybrid, Candomblé. It is still practiced widely in Brazil today, particularly in Salvador and Bahia.

When Does the Festival Take Place?

In Rio de Janeiro, Festa de Iemanjá is celebrated on January 1, when New Year’s Eve revellers of all religions wear white, run into the sea and jump over seven waves to get closer to the goddess. Many also throw flowers into the sea and offer presents from the shore. In Salvador, the African and Candomblé centre of the country, it is not until February 2. The festival would have likely taken place in secret, in various small incarnations, until slavery was abolished in 1888. According to historians, today’s festival really gained traction in Salvador in 1925, when 25 fishermen in Rio Vermelho gave offerings and asked for calm seas and plenty of fish. 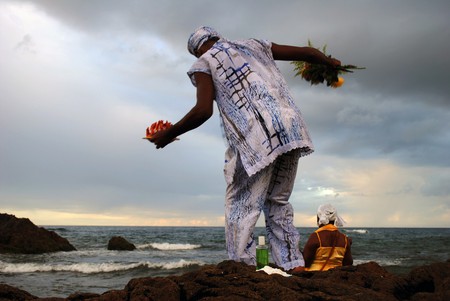 Offerings being made | © Clarissa Pacheco/Flickr

What Time Do the Celebrations Begin?

Events kick off the day before the festival, at 7am, when people begin to bring offerings to a makeshift shrine guarded by a statue of Iemanjá at one of the fishing colonies close to Rio Vermelho beach. At sunrise the following day, a fireworks display marks the beginning of the festival and the offerings are brought down to the shore to be blessed. Around 4pm, fishermen load their boats with heaving baskets of presents and head out to sea to offer them to Iemanjá.

Traditionally, people make shrines in the sand, offering presents of flowers and beauty product such as perfume, lipstick, jewellery and mirrors. Small replica boats with statuettes of Iemanjá are made and sent out to sea, as well as white food such as sweet rice and coconut puddings. If your gift is washed up on the shore, it is believed to have been rejected by the goddess. If it continues out to sea, she has accepted your offering and will give you her blessing. 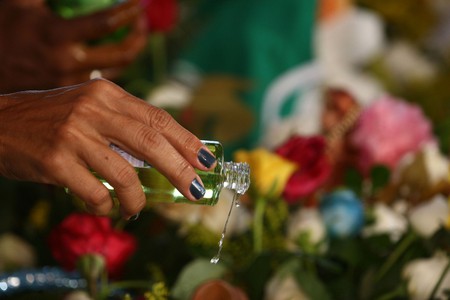 How Can You Join in?

The celebration is a beautiful sight to behold. Hundreds and thousands of people make their way down to beach to watch and take part. Groups of women in billowing white form circles, dancing and singing. Huge wicker baskets overflow with colourful flowers, and sometimes large statues of Iemanjá are carried on shoulders through the crowds and down to the sea. It is best to get a good vantage point to observe the procession and rituals from a distance. Many of Salvador’s carnival bands turn out for the occasion, drumming and tooting all day and night.