Following in the footsteps of Niemeyer and many other experimental artists, contemporary Brazilian art and design has seen a rise in the use of recycled and native materials for innovative designs to express cultural identity. These designs go against current trends with their experimental practices, clear artistic expression and the strong, vibrant spirit of Brazil, from São Paulo to Rio de Janeiro. Culture Trip brings you ten Brazilian designers worth checking out. 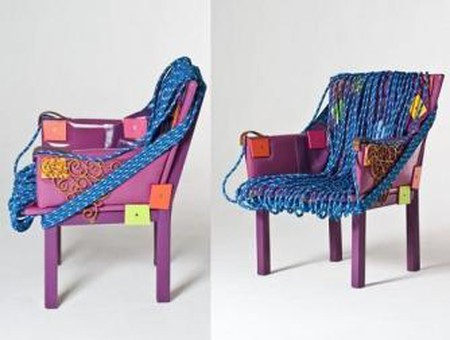 Rodrigo Almeida represents young Brazilian culture through his untraditional design approach and aesthetic references to Brazil’s cultural diversity. He believes that it is important for objects to communicate with and represent the culture they belong to. Influenced by the 1960s cultural movement in Brazil, Tropicalism, Almeida combines unique materials, objects, textures and colours in his experimental and eclectic designs, like the ‘Bahia Chair’ (2010). Each of Almeida’s designs are hybrids with an unexpected interpretation of a well-known object. Many of his designs are chairs composed of layers of fabrics, ropes, belts, paper and materials unusual to furniture design, but all carefully chosen and arranged. Almeida’s internationally successful designs are all single edition pieces, and therefore perceived more as artistic objects than commerical products. 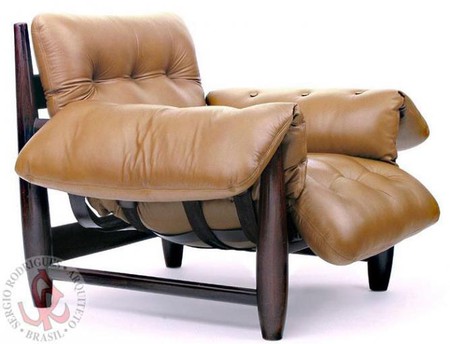 Sergio Rodrigues, known to some as the father of the finest design creations in Brazil, put his country on the map for international design next to design masters Joaquim Tenreiro and Jose Zanine Caldas. He continues to be a leading name in Brazilian furniture design, drawing from his vast experience as both an architect and furniture designer. Rodrigues has also worked across interior design, decoration and scenography, collaborating with architects and consulting on interior design through his own store OCA. Best known for his ‘Mole’ armchair (Sheriff Armchair), Rodrigues’ distinctive design style is characterised by its Brazilian spirit and use of native wood. Throughout his extensive career, Rodrigues has maintained a strong focus on projects, methods and materials that meet the needs of the user regardless of current fashion trends. 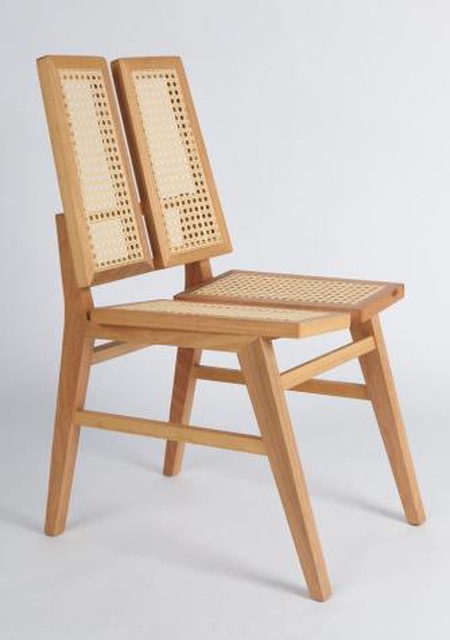 Zanini de Zanine‘s interest in design came about through the work of his father, famous Brazilian designer José Zanine Caldas. Zanini trained with furniture design master Sergio Rodrigues before going on to study Industrial Design at PUC-Rio, graduating in 2002. In 2003, he began using materials found at demolition sites and combining them with solid wood furniture. He then moved on to using different materials such as plastics, acrylics, metals and manufactured products alongside controlled origin wood, finally starting his own studio, Studio Zanini, in 2011. Zanine’s designs, like the ‘Cadeira-TISS’ and ‘Mesa-Grade’, reinterpret traditional Brazilian designs in contemporary, stylish and humorous ways. In addition to his independent projects, Zanine designs products for brands such as Tolix from France and Poltrona Frau and Slamp from Italy, receiving worldwide acclaim, prestigious awards and the opportunity to exhibit his work internationally. 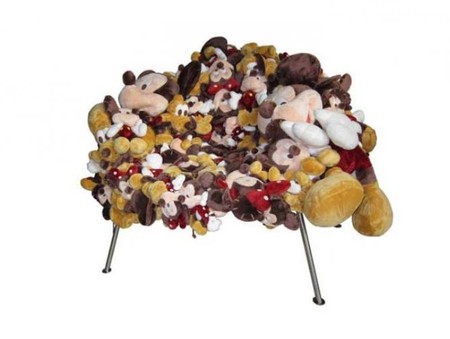 Fernando and Humberto Campana, a powerful design duo that joined forces back in 1984, launched their careers in 1989 with their first exhibition, Desconfortáveis. The exhibition showed how their iron chairs confront the issue of a lack of identity in current Brazilian design, creating a new trend in Brazilian design. Today, the brothers are one of the best-known design duos worldwide. Their inspiration comes from their experiences of rural life contrasted with the urban chaos of São Paulo, while their designs are often observations of society portrayed through utilitarian objects made from recycled materials. Their approach to resources, in particular, is experimental and innovative — materials have even included PVC pipes, bathroom drains and soft toys. Used outside of their conventional purposes, these materials inherit completely new identities and take on unexpected forms in designs by Fernando and Humberto Campana, like the ‘Banquet Chair’. 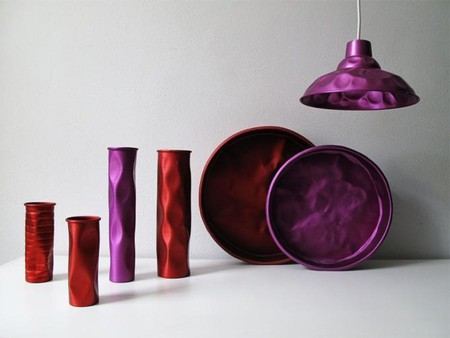 Product designer, Brunno Jahara, was born in Brazil, but was trained in the European aesthetic and styel of technical design. At Jahara Studio, based in São Paulo, Brunno designs objects and furniture that combine organic shapes with tropical inspiration. Jahara’s designs reference Brazilian culture, but combine this with the technically sophisticated European design approach – a style of working that was particularly influenced by his time working at international design lab, Fabrica. Jahara also works in graphic design, creating installations, interior design and jewellery. However, no matter the discipline, his designs focus on sustainability and the use of recycled industrial materials. Jahara’s Batucada collection, a series of vases named after the Portuguese percussion beat used at carnival parties, is made up of hanging lamps and trays used to express the process and music of these traditional Brazilian beats. Made from 100% anodised aluminium that has been hammered, the collection has an almost liquid feel, giving off a sense of musical rhythm. 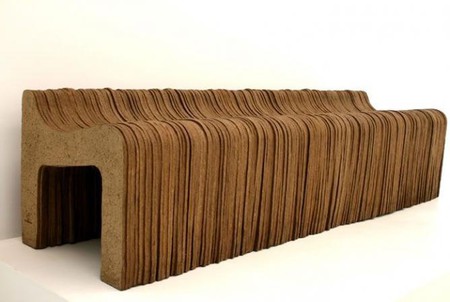 Domingos Totora‘s work falls somewhere between art and design, gathering his inspiration from Maria da Fé, his birth town located in the Mantiqueira mountain range in Minas Gerais. It was there that he first noticed the large amounts of discarded cardboard left in the streets and decided to use this as his medium. Encouraging community participation and social conscientiousness through his design, Totora experiments with both material and technique. At first glance, works such as ‘Kraft’, a small bench, and ‘Organic’, a ribbed vase, might look as though they are made from wood. On the contrary, they are made entirely from cardboard and a sustainable glue paste. These and other designs have a sense of fluidity and elegance, reflecting the landscape of Minas Gerais. Totora never conceives of an objects function first, preferring to create sculptures that take on functions that are secondary to their form. 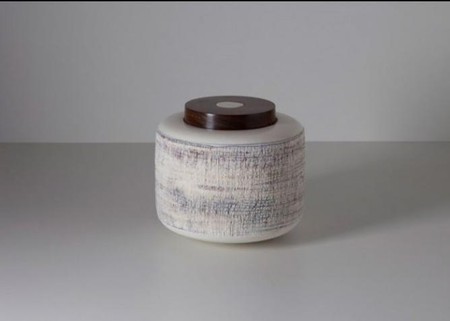 Paim and Fonseca have been working from their studio in Nova Friburgo for over 30 years, handcrafting contemporary ceramics that are highly acclaimed among fellow craftsmen. Paralleled by few in the field of contemporary ceramics in Brazil, their works are clearly recognisable by their confident control of the material, their simplistic, elegant forms and their minimal variation in terms of colour pallet. Their vases, plates and bowls explore the four elements of nature: earth, air, wind and fire. The pair actively pursues a tactile aesthetic in their work, showing clearly the marks that arise from the handcrafting of each piece. This approach not only adds an extra textural element to the works, but also explores the intimacy between craftsmen and material. Paim and Fonseca had their first international show at Beaux Arts Bath in the United Kingdom in 2008. 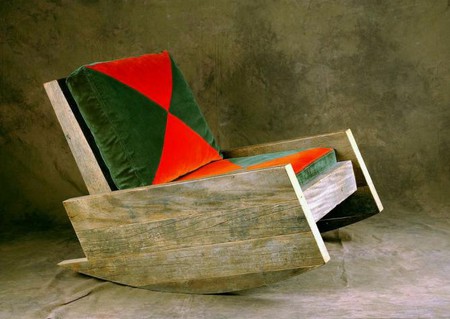 Carlos Motta established his studio, Atelier Carlos Motta, in 1978 in Vila Madalena, the neighbourhood in which he first began working with wood in 1975. The Atelier, consisting of an architecture office, a project and prototype development group, a wood-shop and commercial departments, works on furniture, architectural, sculptural and product design projects. Atelier Carlos Motta produces unique design pieces developed for each customer alongside architectural projects and conceptual works for museums and collections. All of their designs share the same underlying concept: clarity, simplicity, respect and longevity. Motta’s design ethos is inspired by counter-culture including surfing, yoga, healthy eating, a natural lifestyle and a respect for nature. Along with his Brazilian identity, this ethos comes across in designs such as the Asturius Armchair and through his use of recycled and reused materials. 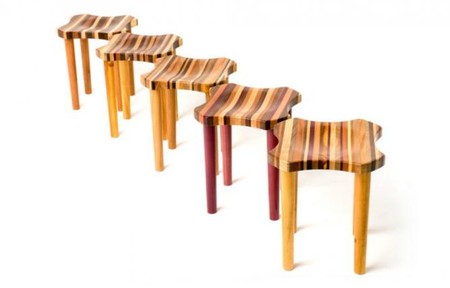 Rodrigo Calixta, Brazilian furniture designer and coordinator of the carpentry atelier Oficianaethos, stumbled upon his passion for working with wood while studying Industrial Design at PUC-Rio. Inspired by the many applications, cuts, weights and colours available in the material, he taught himself through trial and error. His resulting experiments not only taught him invaluable technical skills, but created objects that can be considered both design works and expressions of fine art. Calixta’s designs, like the Lotus Stool residue series, go against current contemporary design trends; he prefers a traditional pencil and paper to a computer, and creates all of his works on the studio floor. His ‘classic’ design approach nonetheless results in award-winning, contemporary and creative designs; part of his success is arguably linked to his belief that in furniture design, ‘time is not an enemy but an integral part of the process’. 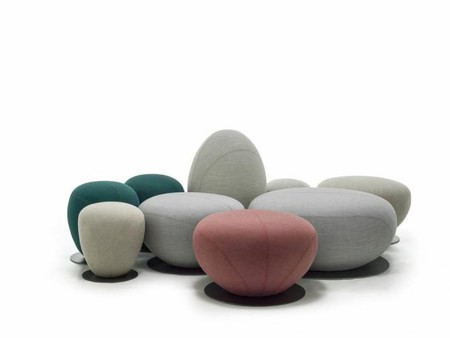 Luciana Martins and Gerson de Oliveira, founders of OVO design studio, have been developing work that lies on the boundary between art and design since 1991. Their furniture, object and product designs combine formal qualities and usability with an experimental, humorous approach, often commenting on the idea of home and living with the resulting objects quite surprising. Through projects such as Boiling, a set of upholstered spherical objects connected by magnets, OVO goes beyond the object’s functionality and challenges our expectations and usual perceptions of design. In their attempt to exceed functionality, OVO aims to be seen and collected; the studio has been awarded several international design prizes and their designs are exhibited by the Museu de Arte Moderna de São Paulo. In addition to commercial activities, the duo conducts research projects, exhibited at galleries such as Vermelho, São Paulo and Rossana Orlandi, Milan.