Rio Scenarium |© courtesy of Rio Scenarium
Ask anyone what music they think of when they hear Rio de Janeiro and they’ll almost definitely say: “samba”. Samba is the life blood of Rio with its rhythmic beats that relentlessly course down the streets throughout the city, putting an unshakeable spring in everyone’s step. Whether you can dance to samba or not, a visit to a samba club is a must in Rio.

One of the first samba dance clubs in Lapa, this warm and intimate spot hosts some of the best samba bands in Rio. The main room unfolds as a large dance floor with the band playing at the front. Its unpretentious and relaxed atmosphere is perfect for newbies to samba to, so don’t feel shy trying to throw some samba-shaped moves on the dance floor. The waiters wander around the club with trays of drinks, freeing your time to enjoy the best in samba music, watch mesmerizing samba dancing or trying it out for yourself if you’re feeling brave. 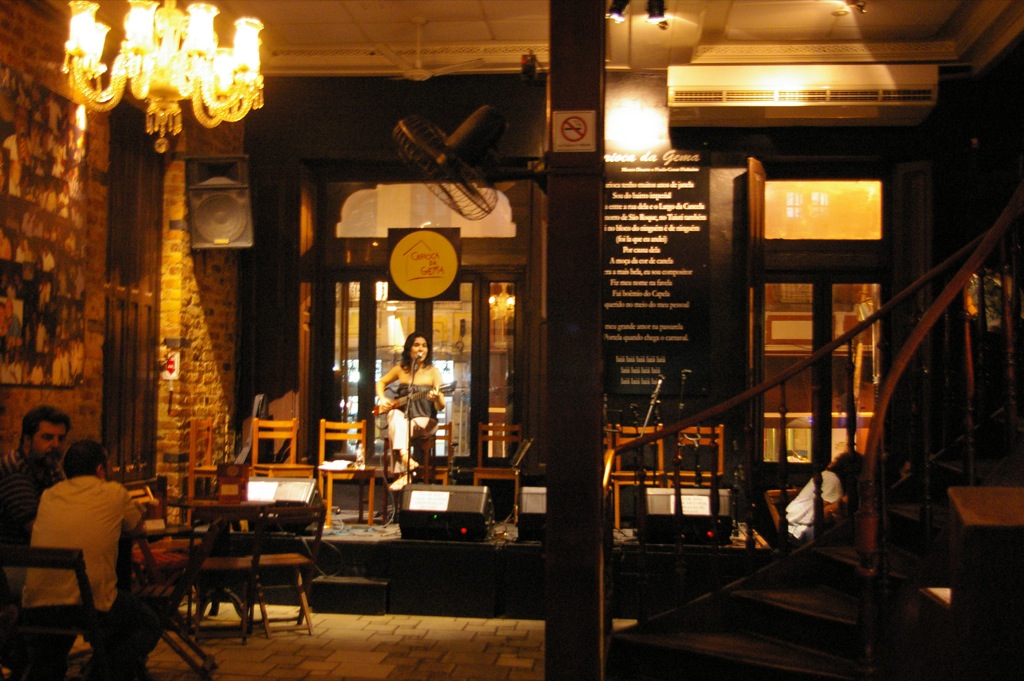 Located in the heart of Lapa, many locals will fondly call Beco do Rato one of the best places for samba in the area. It’s warm and cozy, with staff so friendly that everyone feels like they’re tonight’s special guest. The venue is famous for its spontaneous rodas de samba, which is an informal jamming session between a group of samba players, yet the music is of the highest quality, playing the classic beats. It’s almost impossible not to get swept up with the crowd singing and dancing as everyone wholeheartedly embraces the passion and warmth of samba’s tradition.

Music Venue, Theater, Concert Hall, Building, Sports Center
Clube dos Democráticos | © courtesy of Clube dos Democráticos
This is the local’s favorite place to go for samba so expect to see a flurry of legs, snaking bodies and radiant smiles because this is where those that are serious about samba come out to play. Although less touristy here, the locals in the club are friendly and not everyone dances, so you won’t feel like you’re sticking out for being a spectator. Democráticos is set in a large, 19th century mansion and it feels particularly grand when you go up the marble staircase to reach the second floor where a live samba band is playing.
More Info
Open In Google Maps
91 Rua Riachuelo, Centro Rio de Janeiro, 20230-010, Brazil
+552122524611
Visit website

Lapa 40 Graus is a club in Lapa that’s famous for sertanejo as well as its live samba bands. It’s one of the best nights to go to during the week where the party starts late and finishes after sunrise. The wide variety of music means it attracts a mixed crowd of students and older dancers, making it feel welcoming to everyone. After dancing to the live samba, there are snooker tables too to take a break at, before returning back to the dance floor to enjoy the best of samba.

Located in downtown Lapa, Rio Scenarium is one of the largest and most famous clubs in Rio de Janeiro. It’s also one of the best spots for live samba. Almost every night, the club invites several live samba bands or musicians that start playing at 7pm and continue throughout the night. With a capacity of 2,000 people, the club is huge and spreads out over three floors. The ground floor is where the band plays and is open for viewing from the other levels, making it seem at times almost like a concert venue. The atmosphere is dynamic, everyone’s in high spirits, and there are always a few good samba dancers on the dance floor showing how it’s done. 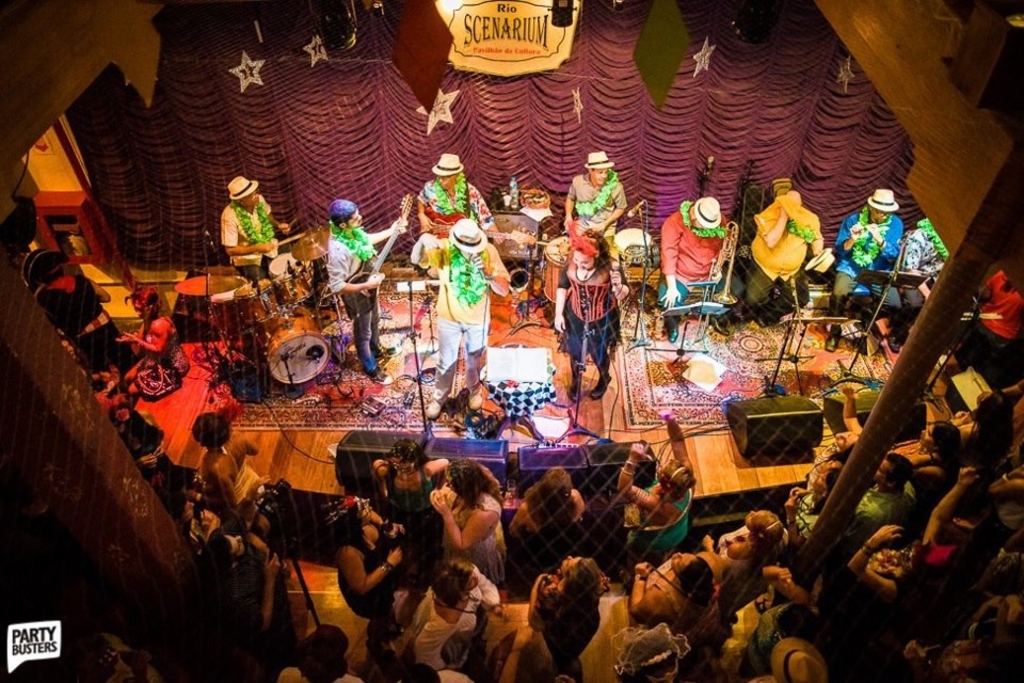