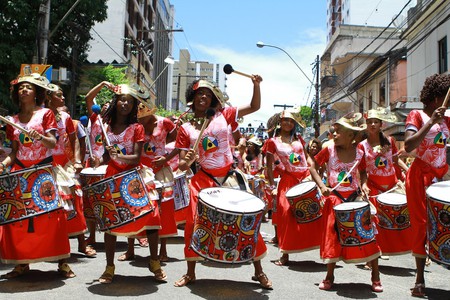 Salvador in the northeast of Brazil is at the center of Afro-Brazilian culture and is famous for its rich musical heritage. Among one of the most famous rhythms is the powerful beat of the drums, a tradition that was typically exclusively dominated by men. That was until Banda Didá entered the scene, who are taking a stand and challenging gender norms.

When Carnival season comes around, as it does every February, it’s the percussion groups and their electrifying rhythms that dominate Salvador’s streets over the course of the one-week event. They parade up and down and around the city, producing various beats from samba and axé to samba-reggae, a Caribbean-Afro Brazilian genre that originates from Bahia. Of all these genres, one instrument is always present – the drum. Drumming traditions are at the heart of Salvador’s music and was always an instrument played by men.

Banda Didá is proving that traditions can and do indeed change. Formed in 1993, the band is the first all-women Afro-Brazilian percussion band (known as a bloco-afro) in Brazil and are bringing visibility to black women in Brazil. Since their success on the Salvador music and Carnival scene, several other all-female percussion groups have been inspired to follow in their footsteps and bring more female-produced music to Bahia.

It’s believed that drumming was always left to the Bahian men for two reasons. The first is that the drums are heavy. The second is that the percussionists often played outside on the streets, often at night, where it was deemed too dangerous for women. These two motives defined women’s place and role in Salvador until the 85 members of Banda Didá shook that up and showed that women can be drummers too.

For the Carnival rehearsals – which take place for the majority of the year to be ready for the main event in February – Banda Didá need to practice with several types of drums and rhythms, including the huge bass drums that are secured to the women’s waist or shoulders and then carefully balanced against their knees. They then spend hours under the baking sun of Bahia, producing the beats that represent Bahia’s complex and rich history. 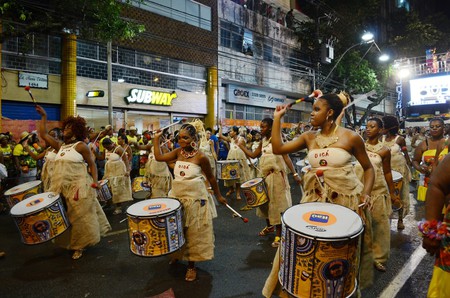 Banda Didá was created by Neguinho do Samba, the man considered the founder of samba-reggae and of Olodum, a samba-reggae bloco-afro, one of the oldest and most traditional in Bahia. He formed Banda Didá after seeing that there was a significant lack of female representatives in Carnival music and after his death a few years later, his daughter, Debora de Souza, became responsible for leading the group. Nowadays, the band is based in a three-story colonial building in the heart of Salvador where, in addition to band discussions and practices, free instrument-making classes and music lessons are held for local women and children. 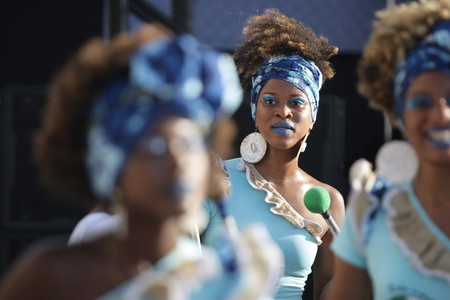 A member of Banda Dida plays the drums in Bahia | © Joa Souza / Shutterstock.com

Against the backdrop of an increasingly conservative and male-dominated government, Banda Didá is at the forefront in representing marginalized groups and making sure Brazil – and the world – know that they are powerful, visible, and more than capable of doing the very things they have always been told they can’t.