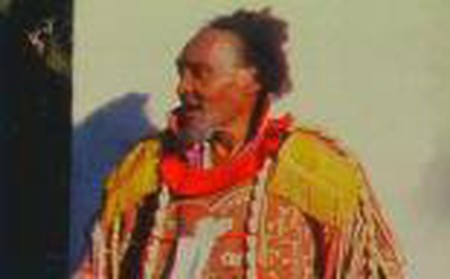 Arthur Bispo do Rosário was a Brazilian artist who spent 50 years confined to the attic of a psychiatric institution. His art, which he saw as a spiritual journey rather than the product of pure creativity, proved to be his salvation.

Descended from African slaves, Arthur Bispo do Rosário was born in Sergipe on the northeastern coast of Rio de Janeiro. The smallest state of the Brazilian Federation, Sergipe is pressed up against the Atlantic Ocean and has historically changed hands between the Dutch and the Portuguese from the early 17th century on. In his twenties, do Rosário fleeted between the navy as a signaller, and a spell as an amateur boxer. Discharged from the navy for insubordination, do Rosário was always more inclined to lash out than seek diplomacy, which suggested early signs of his unruly temperament and regenerative personality. Diagnosed with schizophrenia in 1938, do Rosário was hospitalised and subsequently incarcerated for more than 50 years thereafter, during which time he developed an unconscious ability for tame his wilful disobedience through his playful objects.

Scraps of paper, litter, and other types of material became the basic materials for a series of objects that do Rosário created at the Hospício Nacional dos Alienados (the National Clinic of Alienated People), Jacarepaguá, and the psychiatric institution of Colônia Juliano Moreira. Bispo Rosário was confined to an attic room, where he produced the majority of his works. Hardly art in the purest sense, do Rosário’s reconfigured ‘trash’ works appear as soft objects and decorative banners, composed as autobiographical emblems. Do Rosário would work in utter isolation for some fifty years with thrift items, and unlike the solitary confinement that German Kurt Schwitters imposed upon himself, Bispo do Rosário had that imposed upon him and for all the years in confinement, his diligence and creativity proved his salvation.

The artist’s time in the navy is clearly pivotal to the series of works that recall his early years of freedom. For instance, scaled down wooden sail boats are pinned together with threads and ribbons to celebrate his time at sea. His days boxing are also referenced through a wooden platform with a punch bag, lazily tired off. Other works include childhood allusions such as sports bars, elevated miniature benches, elastic chest expanders and a three tier podium – all of which are intricately entwined in a soft skin of blue thread and marked in untidy letters that identify them to do Rosário.

Clearly labored over, do Rosário’s works suggest thatartistic creation had become for him a spiritual journey through which he could better tolerate his forced confinement.