An LGBT Guide To Carnival In Rio De Janeiro 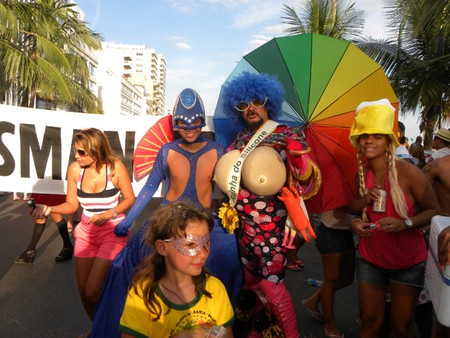 Costumes at carnival are a must |© Allbrazilian/WikiCommons

Rio Carnival is widely known for throwing caution to the wind and embracing the uninhibited atmosphere for the week-long party. The LGBT scene during carnival is big with plenty of blocos (street parties), nightclubs and balls that were organized with the gay community in mind. Here, Culture Trip has compiled some useful information on how to get the most out of the LGBT side of Rio’s epic Carnival.

Blocos are street parties that follow a slow moving van as it courses through the streets playing loud music. The parties tend to last for hours and there are also some unofficial after-parties in the street or beach afterward. The best gay bloco is one of the oldest blocos in Rio, which is Banda de Ipanema that started its tour of the streets during Carnival in 1965. Today, it attracts approximately 50,000 visitors that crowd together to celebrate with some of Carnival’s most fascinating characters that include fabulous drag queens and people in outrageous costumes.

As the name suggests, Banda da Ipanema takes place in Ipanema and the first one starts two weeks before the official carnival. The crowd attracts a mix of heterosexuals and homosexuals, yet everyone is tolerant and gays don’t need to hide their sexuality — it is usual to see men or women holding hands, kissing and cuddling during this bloco. After the bloco, it is usual to go to Rua Farme de Amoedo, which is Rio’s gay area. It is an exceptionally social area and easy to meet people. Right in front of Rua Farme is the gay area of the beach, distinguished by its large rainbow flags. Again, it is perfectly accepted to hug and kiss here, although sex on the beach is illegal in any part of Brazil, even during the anything-goes carnival. 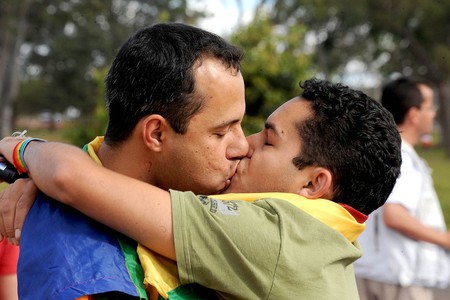 The gay balls are epic fun and offer an alternative to the outdoor street parties as well as a break from the intense heat outside. The most famous gay ball is at the Scala Nightclub that greets its guests with a long pink carpet. It is held on the last day of the carnival and the party usually continues for two days. Expect to see some of Rio’s most glamorous drag queens as well as a mixed crowd of Brazilians and guests from all over the world. This is the time to get on your most extravagant costume, dress up and have fun with a liberal, party-loving crowd.

Another gay ball that is growing in popularity is the Devassa ball at the Jockey Club, which attracts an increasingly larger crowd each year. There are also smaller ones at Elite, a famous gay nightclub in Rio.

Costumes at carnival are a must | © Allbrazilian/WikiCommons

Carnival has created many other events to run alongside the blocos and carnival parades. In recent years, the gay circuit parties have become a huge success that grants an escape for those that want a break from Carnival’s samba beats. The circuit parties attract some of the world’s best DJs that play pulsing electronic music to a heaving crowd in empty warehouses, on the beach or farms just outside of the city. One of the most popular is B.I.T.C.H (Barbies in Total Control Here), usually held in party-central Barra da Tijuca. Barbie is the local nickname for the gay men in Rio who tend to be gym-fit, bronzed and handsome.

The Original Brazilian Pool Party and Revolution are two other famous parties around Carnival time that have good-looking go-go dancers, celebrity guests and top international DJs. X-Demente attracts large LGTB crowds at its venue in Lapa or Marina da Gloria; the exact location is revealed a couple of weeks before the party. 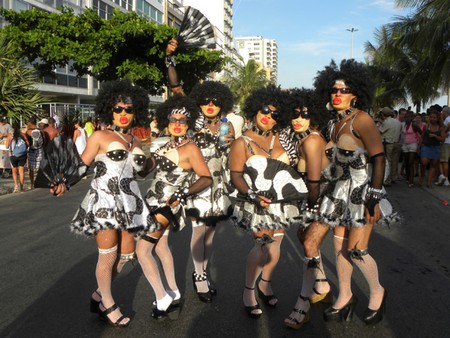 Costumes at the carnival parties | © Allbrazilian/WikiCommons`
Give us feedback