An Introduction To Bossa Nova In 10 Influential Songs 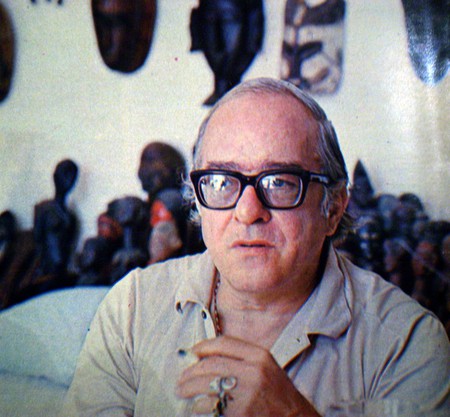 Bossa Nova is the name given for MPB (Brazilian Popular Music) from the end of the 1950s, that derived from samba with influences from jazz. It became one of the most influential movements in MPB history with João Gilberto, Tom Jobim (Antonio Carlos Jobim) and Vinicius de Moraes among the most important artists in this epoch. We explore this movement through ten of the most famous Bossa Nova songs.

This is one of the most popular and well-known Bossa Nova songs from the era. Moraes and Jobim were inspired to write the song after seeing 17-year-old Helo Pinheiro casually strolling by in a bikini across the beach of Ipanema, leading to one of the one most famous songs in Brazilian history. A version in English was later translated and sung by various artists including Frank Sinatra and Madonna, among others.

‘No More Blues’ as it was translated to, was written by Vinicius de Moraes, composed by Tom Jobim and recorded by João Gilberto. It is often recognized as the first recorded Bossa Nova songs. ‘Saudade’ in Portuguese has the meaning of intense longing, and ‘chega’ in this context means ‘enough’ or ‘no more’. In the video below, Gilberto is singing with his daughter, Bebel.

This song was voted second greatest Brazilian song of all times according to Rolling Stone (coming just behind Construção by Chico Buarque). It was inspired by Rio de Janeiro’s wettest month of March, when storms and mass rain are common. The notes of the music are constantly descending, representing the falling rain.

The song got its title as a reference to the key melody line that starts as a long series of notes played at the same tone, a style typical of Bossa Nova. Jobim sung this well-known song that quickly became popular in the 1960s, and also wrote the lyrics in English. The original in Portuguese was written by Newton Mendonca.

This beautifully gentle song composed by Carlos Lyra has been sung several times by various artists, with Gilberto singing it in the Bossa Nova period. The song is about love and a beautiful woman, who he compares to a flower. In the song, he sings, ‘You are more beautiful than the flower, I wish, the flower of spring, Had all this aroma, of beauty that is love’.

Jobim also sang this song later, in 1991. In many songs during this era, Moraes and Jobim had dual involvement in composition, lyrics-writing and recording. The lyrics are hopelessly romantic, describing a love that will last the singer’s whole life, causing sadness any time that she leaves.

Deasinado is often translated as either ‘Out of Tune’ or ‘Off-Key’. It was composed by Tom Jobim and Newton Mendonca, and released as a single by João Gilberto. It was also included in his album, Chega de Saudade. The music was written as a response to critics that considered Bossa Nova as music of out-of-tune singers.

Helena Jobim, sister of Tom, wrote a biography about her brother, and in it described the inspiration for this song. Jobim used to walk from Ipanema to Santos Dumont airport by following the water’s edge around Guanabara Bay so he could watch the planes take off and land, a passion of his. It was the beauty of the land near the water that gave him the idea for the song. The song was written for an Italian film, Copacabana Palace in 1962.

This song was composed by Roberto Menescal, his most famous song, in partnership with Ronaldo Boscoli. It was later sung by Gilberto. The idea for the song came when Menescal, Boscoli and some friends were in a boat just off the coast of Cabo Frio, a city near Rio de Janeiro, when suddenly the boat had problems and the motor broke down. To pass the time, Menescal started playing the guitar and making up a tune. By the time another boat came and rescued them, he had created the main parts of the song, O Barquinho.

The lively yet romantic beat of Samba de Preludio was written by Vinicius de Moraes and composed by Baden Powell. When Powell first recorded this song, he went to São Paulo to present the music to a record label there, only to be turned away for arriving in flip-flops and shorts. He then returned to Rio de Janeiro and released one of the most famous Bossa Nova songs in the era.