All You Need to Know About Salvador’s Extraordinary Outdoor Elevator 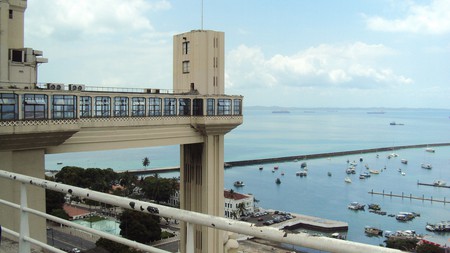 One of the first things visitors notice upon arriving in Salvador is a right-angled white structure rising from the streets below, which is met by an arm protruding out from the clifftop. It is visible from many parts of the city and features heavily on postcards and illustrations of the city. It is actually a public elevator, the world’s first, and has an important and interesting place in Salvador’s history.

The city of Salvador da Bahia sits on a sharp rock escarpment that drops about 280 feet (85m) from the cidade alta (high city) down to the cidade baixa at sea level. Ever since immigrants began to settle in the area at the beginning of the 17th century, the drop has been an obstacle to overcome in moving goods and people around the city. In 1610 the Jesuits were the first to devise a rope and pulley crane system to move things up and down the escarpment. Over 250 years later that device was upgraded to a steam-operated elevator, and since then various adaptations and improvements have led to today’s design and structure. 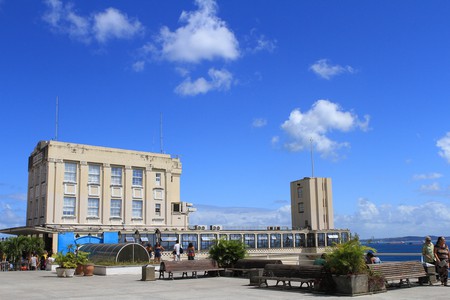 The top of the elevator | © Turismo Bahia/Flickr

The elevator was inaugurated on Nossa Senhora da Conceição da Praia day in 1873, and consequently became known as the Elevador da Conceição. It was designed by Antônio de Lacerda, a businessman who had studied engineering with his brother at the Rensselaer Polytechnic Institute in New York, though Lacerda never finished the course. The brothers worked on the elevator with their father who helped buy the land rights. It was only later on, in 1896, that the elevator was called after its mastermind, Antonio de Lacerda, and has remained named after him. 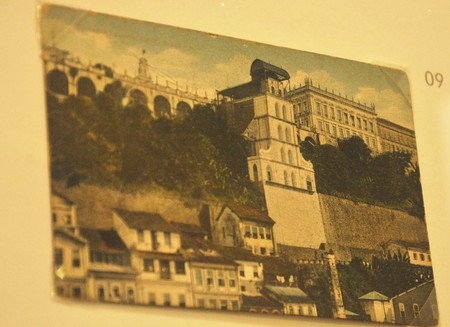 How does it work?

In 1930 the design was modernized. It took on an Art Deco look and was designed to feature two connecting arms – one that houses the elevator shaft, taking people vertically from sea level up, and then another horizontal walkway from the cidade alta that deposits people at the higher street level. Well-known American elevator engineering company Otis was brought in to do the work. They announced the completion of the project two years later in Fortune magazine, citing the transportation of 24,000 people on inauguration day. In 1961, Otis returned to double the capacity of the elevators from 16 to 32. 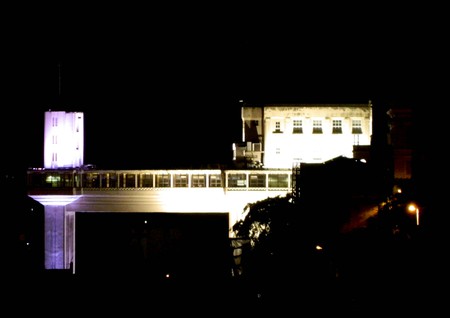 Standing at 240 feet (73m) high, the elevator shaft contains four cabins which go up and down in under 30 seconds. They carry 128 people at capacity, and the elevator runs continuously 24 hours a day. It is thought that more than 750,000 people ride the elevator every month, some for pleasure, others as part of their daily routine. The structure was registered with I.P.H.A.N., Brazil’s Institute of National Historical and Artistic Heritage, in 2006, and two years later it was put forward as a contender for one of the Seven Wonders of Brazil, though it wasn’t included in the final selection. It is a major tourist attraction, both for the building itself and for the stunning views of Salvador from its peak.