Adriana Varejão: A History Of Flesh 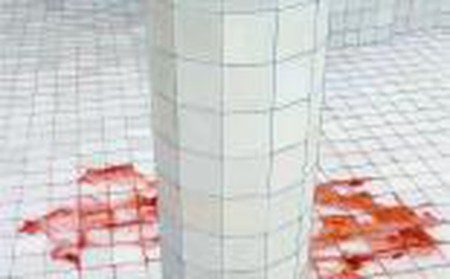 One of the most outstanding artists working today, Adriana Varejão, (born in Río de Janeiro in 1964) has – for more than two decades – engaged in an aesthetic discourse that has delved fearlessly into controversial topics such as European Colonialism in Brazil, human slavery, and the body as a mediator for history’s untold violence. Varejão’s work evidences material as well as historical concerns; her paintings, drawings, and sculptures are physical and often, confrontational objects.

From very early in her career Varejão has been fascinated by the untold history of the brutal colonization of Brazil. Map of Lopo Homem II (from her Terra Incognita series) is a map according to the investigations of the renowned Portuguese cartographer Lomo Homem. He had imagined a piece of land that united the Americas with Asia, which he termed generically as Mundus Novus. Brazil was part of what he charted in his map of 1519 as Mundus Novus Brasil. 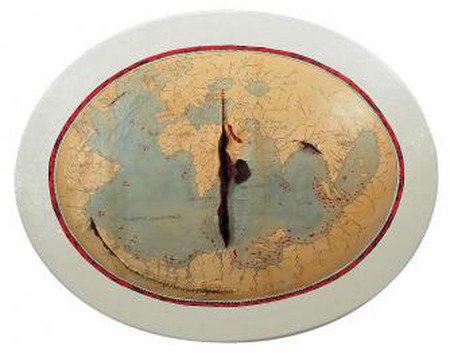 Varejão permits herself to reflect on this obscure piece of historical information as a starting point for a new visceral cartography. Painting oil on wood, the shape of the painting maintains an antique, decorative finish. A bloody gash cuts across the center of the map and below it a slash has been sutured partially. The wounds not only disrupt our relation with the object, but also represent the untold violence that lurks between the retellings of the colonization of America.

Asians were mistakenly thought by Homem to be geographically close to Brazil, but they did in fact immigrate to the South American country, first from China, as slaves during the colonization period, and later as a huge influx of Japanese immigrants in the 19th century. Through material trope and historical narrative, Varejão weaves a metaphor of unity through violence. The sutures loosely uniting the Americas with Asia, if not through geographical proximity, then through the darkness of history. 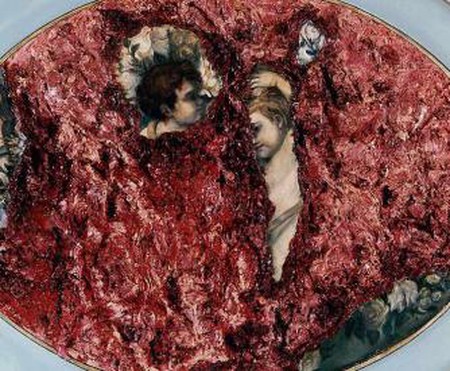 Varejão sees, rightly, colonisation as an outrageous act. A sense of injustice befalls any attempt to rethink the brutal acts done by the Portuguese and Spanish during the colonisation of Brazil and the Americas. Ethical dilemmas, however, remain disputed. Christianity was brought by the Europeans to the Americas as a Mission, part of the Christian duty to spread The Word of God. However, this benevolent mission was often questionably adopted by the European colonisers, who adapted their mission of the “Evangelization of savages” as would best fit their lust for gold and riches. Since Native Americans had not yet been baptised or knew of the Word of God, they were soulless beings, equivalent to beasts in the eyes of colonisers; this would make it easier for conquistadors to enslave and kill them.

It is this violence which Varejão attempts to portray in her painting Angels. Pieces of entrails cover an otherwise placid Renaissance painting of Christ with Angels. Varejão’s statement is bold, if not entirely bombastic: religious indoctrination in Brazil was a bloody and cruel affair. The fact that the angels are the least visible part of the composition strengthens the argument that bloodshed and cruelty overshadow any pacifying ideas the Christian settlers had. 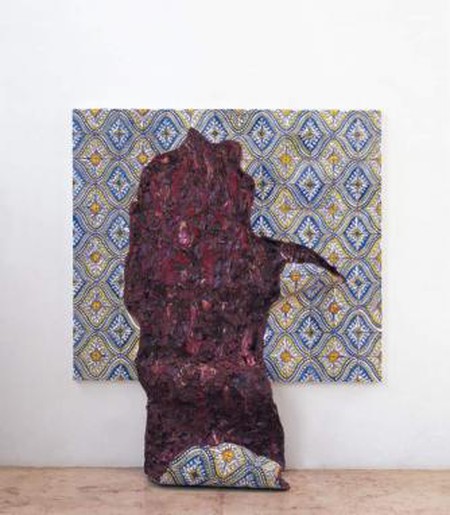 Varejão never ceases to pose these questions, however uncomfortable they might literally seem. In her Tongues and Incisions series, the artist uses an extremely well balanced approach to describing such a disturbing thematic. The artist painted geometric patterns of ceramic tiles onto canvases, which she then slashed open and filled with polyurethane foam and painted these ‘wounds’ to resemble bodily entrails. The result is disturbing, menacing, yet also compelling. Varejão is able to maintain our attention by not alluding to blame games or shock tactics, but rather by pointing towards a complex view of history: while there is a rational way of seeing history, represented by the ceramic tiles’ geometry and pattern, a tradition well kept in Brazil and Portugal, the undercurrent of violence and death in Brazil’s history, is represented by the entrails and viscera, the irrational, emotional, and the painful. Varejão’s message seems to be that in the affairs of humans, beauty and destruction often have to coexist. 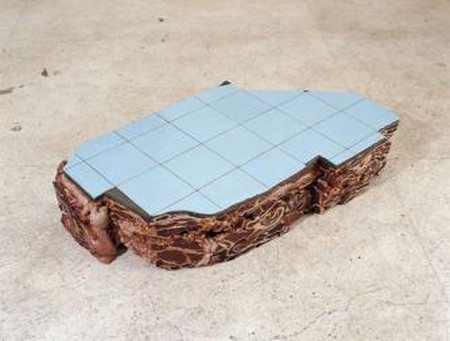 Varejão has also expanded her field to sculptural objects. Her series of Jerked-Beef Ruins explores her theme of the interrelation between ceramic tiles and the human body as metaphor for the violence and cruelty of colonisation. In Caruaru, the artist has sculpted what may resemble a cross-section of a tiled floor, and beneath it, we see a bloody mess of entrails. The geometry and cool colouring of the tiles is offset by the violent, expressive and irrational nature of the ‘meat’ below. The strange balance seems to be held together by invisible forces, but the tiles remain on top, presumably, as our nature is to repress that which we find repulsive and ‘inhuman’. Varejão reiterates this fact with an emphasis on memory and history: we shall never be able to dissociate or apologise for the atrocities of colonisation, war, and injustice. 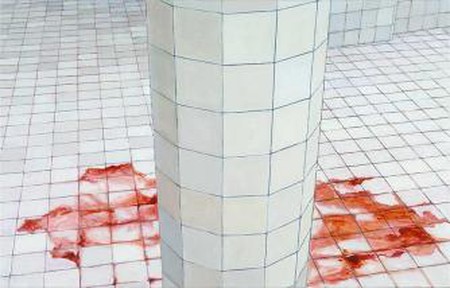 Exploring a more subdued and elegant approach, Varejão has painted several large scale compositions involving ceramic tiles and saunas, but preferring to hint at the gore rather than explicitly describe it, often leaving it outside of the picture completely, focusing more on tension and architectural patterns. In her painting The guest, our vision is that of an empty sauna, and a column blocks our view from the source of a blood spill on the floor. Interestingly, Varejão chooses to leave the question of who the guest is and where the blood comes from, resulting in a tension that is almost cinematic in its composition and tone. The tiles, while uniform and repetitive, are subtly painted to be individual areas, and the blood spill is delicately washed over the canvas. These demonstrations of technical refinement reveal an artist that has many levels and dimensions. In The Shining, from the Baths and Saunas series, the artist produces a painting that is beautiful, formal, and yet also contains an element of narcissism, and of a potential threat; the presence of something not entirely welcoming. The warm colors, however, and the lushness of the paint beget an element perhaps missing until yet from her output: the possibility of redemption and the appreciation of beauty and light.

These multi-dimensional aspects of Varejão’s work, her prolific output, and her aesthetic diligence have helped to solidify her position as one of the finest artists of her generation. Her international success has been constant due to her ability to communicate with her audience in a clear, exquisite form. She currently resides in Rio de Janeiro where she keeps her atelier.