A User's Guide to The São Paulo Public Metro System 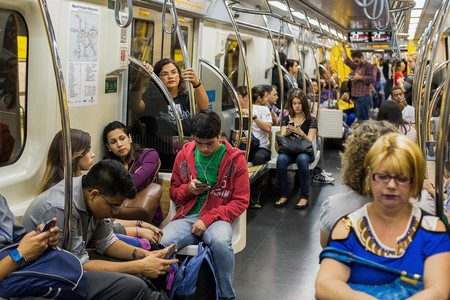 The São Paulo subway system transports around 3.5 million people per day, and despite its mere five lines, it can certainly be a rather confusing system. For example, the Paulista Station, is located in Rua Consolação, while the Consolação Station is located in Avenida Paulista. To help clear things up Culture Trip has crafted a quick guide to São Paulo’s metro system.

As we mentioned, there are five lines in São Paulo’s metro system: Azul (Blue), Vermelha (Red), Verde (Green), Amarela (Yellow), and Lilás (Lilac). There are also several other lines, but these are metropolitan trains, connecting the city to towns in the urban region.

Red line – The most extensive and crowded, this one connects the Western and Eastern regions. The most popular stations on the line are: Republica, Estação da Sé (São Paulo Cathedral), and Palmeiras-Barra Funda (Memorial da America Latina). 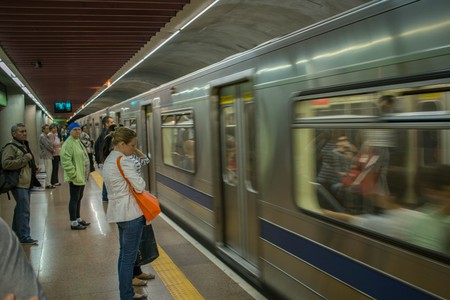 Green line – This one connects the Western and Eastern regions of the city crossing Avenida Paulista and some South-Central neighbourhoods like Ipiranga. The most popular stations on the line are: Vila Madalena (Beco do Batman), Consolação (Avenida Paulista), Paraíso, Trianon-Masp (MASP museum), Clinicas (Museu do Futebol).

Yellow line – As the first subway line in São Paulo to be operated by the private sector and the first in the city to use driverless technology, the yellow line connects downtown’s Luz neighbourhood to the Western neighbourhood of Butantã passing through the Pinheiros neighbourhood. Not all stations that were initially planned for this stretch, however, are in operation. The most popular stations on the line are: Estação da Luz (Luz Train Station), Republica, Pinheiros, Paulista.

Lilac line – The newest and shortest line, which connects the Southern area of Santo Amaro to the extreme Southwestern neighbourhood of Capão Redondo. 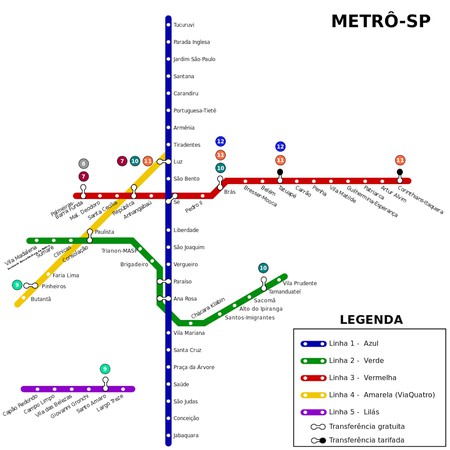 At connecting stations it is possible to change from one line to the other without having to pay additional fares. Some stations also offer free transfers to the train service running in the metropolitan areas.

Operating hours differ from station to station, usually running Sunday-Friday 4.40am to midnight, Saturday-Sunday 4.40am-1am. You won’t be allowed into stations after 11.55pm. Rush hour (7-9am and 5-7pm) can be very crowded in all metro lines, so try to travel at other times or be ready to spend quite a few minutes trying to board trains. 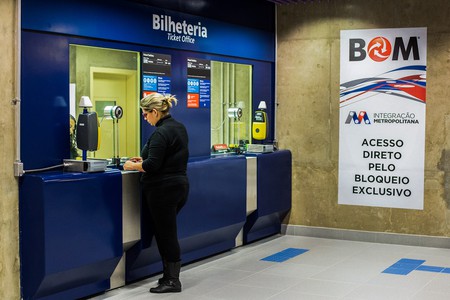 Single fare: BRL3.80 (USD$1.22) regardless of the distance you are travelling.

Special Discounts: You can show valid international student ID and pay half price. Senior Citizens must be aged 60+ to travel for free, showing ID card with their birth date.

Bilhete Único: This is São Paulo’s version of a MetroCard, Oyster, etc. You will have to pre-register through the internet here and then pick it up and recharge it at any metro station; it can then be used on municipal buses, metro, and metropolitan trains. The card itself costs BRL3.80 (USD$1.22). It allows up to four trips (one metro and four bus routes) within a two-hour period for BRL5.92 (USD$1.89) or a 24-hour fare (BRL15 or USD$4.80). Bilhete Únicos are easy to buy and can be charged at any metro station with cash or a debit card at the ticket window, or the automated machines available at the stations. 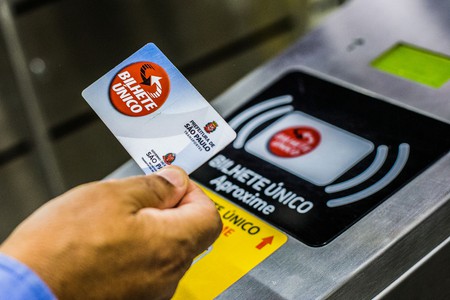