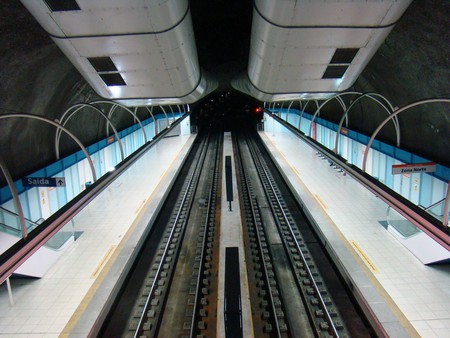 Known as the metro, there are ‘three’ lines – the orange, the green, and the yellow. While the yellow line is shown as a separate line, it is just an extension of the orange line that was created for the 2016 Olympics. The yellow line goes from Ipanema – starting at Metro General Osorio – and goes all the way to Barra da Tijuca – ending at Metro Jardim Oceânico. The orange line starts at Metro General Osorio in Ipanema and ends at Metro Uruguai in Tijuca. The green line starts at Metro Botafogo and ends at Metro Pavuna, which is far away in the North Zone of the city.

The map of the subway in Rio de Janeiro | © Hmaglione10 / WikiCommons

The most common line for tourists is the orange line as its stations pass almost all of the tourist points. From Botafogo station to Central station, the green line and the orange line run on the same track so you can use either line for any of the stations in between. Central station (sometimes Estácio station on the weekends) is the transfer station where you can switch between the orange and green line. The main tourist attraction along the green line is the Maracanã football stadium which is right outside the Maracanã station.

Known as the SuperVia, it is unlikely you will need to use the train in Rio de Janeiro as generally it’s used by locals for everyday commuting and there are no tourist spots (except Maracanã which can be reached by metro anyway) along the routes. There are seven lines on the train, all which lead out of Central Station which is both a train and metro station. The train costs R$4.20 per journey and the hours depend on the day of the week and the station you are using. To check the operating hours of each station, you can get the complete list here.

The most common one to use for tourists is the metro + BRT (if you are going to places in Barra da Tijuca or the West side of Rio) and the metro + city bus (especially for going to places such as Urca to visit the famous Sugarloaf mountain). For the metro + city bus, you can either use your RioCard where it will be automatically charged or you can buy a specific ticket from the ticket booth in the subway. For the metro + BRT, you can only get the discount with a RioCard; if you don’t have one, you will have to pay R$4.30 for the metro and a further R$3.60 for the BRT.

Rio de Janeiro’s newest transport system was created to facilitate the flow of people during the Olympics 2016 and is designed to be a quicker bus system. It now provides access to previously difficult places to reach such as Jacarepagua and other places in the West Zone and North Zone of the city, although most of these places aren’t tourist destinations and are residential neighborhoods. However, some locations such as Recreio have stunning, untouched beaches and are worth heading over to.

You can take the metro to Jardim Oceânico in Barra da Tijuca and from there, take the BRT to the main terminal, Alvorada station. From there, all of the main BRT lines run through the station and you can access most of the West and North Zone. The price per ticket is R$3.60 and the opening hours vary from station to station. Some are 24 hours while others are closed for a few hours per night. The exact opening hours for each station can be found on their website here. Just be careful though as the opening hours for the ticket booths are different so it’s best to get all your tickets beforehand if you will arrive late at the station. 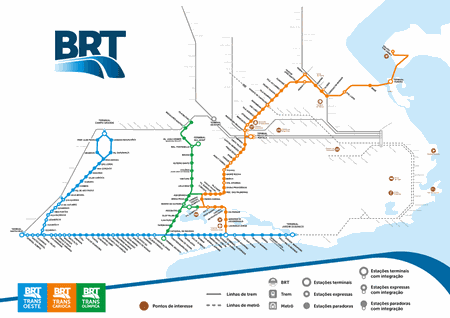 The bus can be tricky to understand but rather than trying to work it all out, it’s best just to know the basics. Troncal 1, which you will see at the top of some of the buses, is the bus that will take you around Copacabana, Ipanema, and up to Centro. Troncal 3 operates between Leblon and Centro as well as stopping in the middle in Flamengo. The other Troncals work around the North Zone of the city so it’s unlikely that tourists will use them. There are also numbered buses which will take you to specific destinations in the city, such as the 581 which goes from Copacabana to the Sugarloaf mountain. The operating times of the bus vary greatly and a ticket costs R$3.60 which needs to be paid directly to the driver. 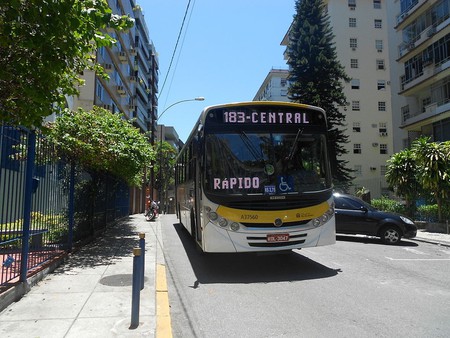