Museum of Tomorrow | © Alexandre Macieira | Riotur/Flickr
Although Rio de Janeiro is known for its outstanding natural beauty, architects throughout the ages have placed their stamp upon the city, leaving behind incredible buildings and monuments. Culture Trip rounds up some of the city’s most significant and stunning architectural landmarks.

The most famous architectural landmark of them all, Christ the Redeemer has become an icon that represents both Brazil and Christianity. Perched on top of the 2,330-foot (720-meter) Corcovado in the South Zone of the city, it stands as the world’s largest Art Deco statue and was declared one of the New Seven Wonders of the World in 2007. It was designed by French sculptor Paul Landowski and built by Brazilian engineer Heitor da Silva Costa. 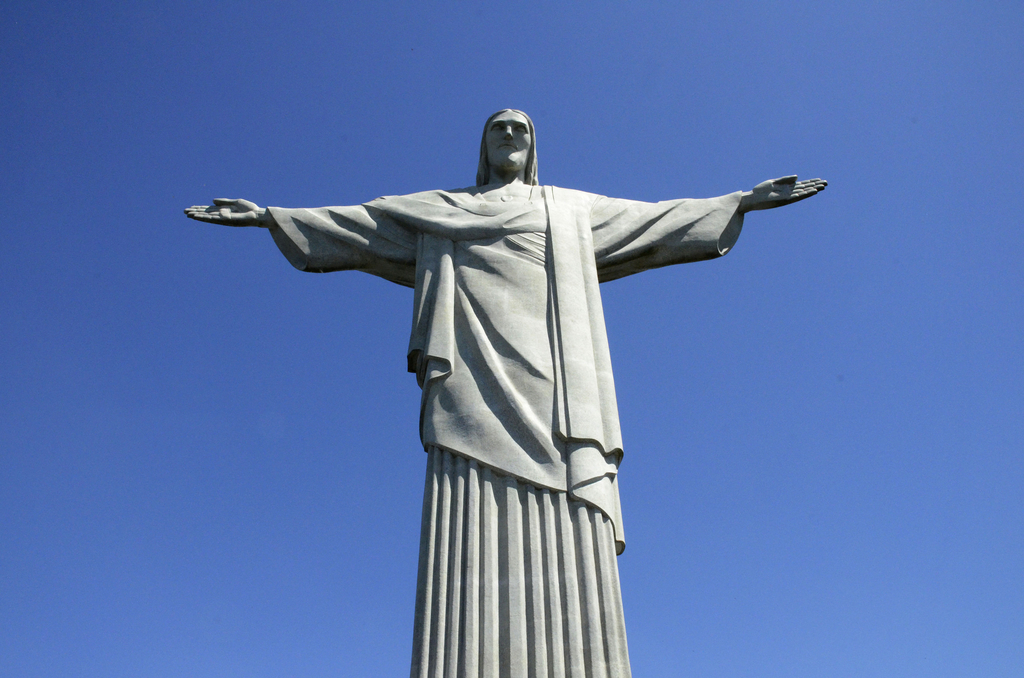 Building, Art Museum
The Niteroi Contemporary Art Museum in Niteroi | The Niteroi Contemporary Art Museum in Niteroi
The saucer-like shape of the Niterói makes it instantly recognizable, as does the curving path that winds around to the entrance. At the base of the museum is a 29,500-foot (2,743-metre) squared reflecting pool that harmonizes with the both the architecture and the natural surroundings. The designer behind this creation is Brazil’s most famous architect, Oscar Niemeyer.
More Info
Open In Google Maps
s/nº Mirante da Boa Viagem, Boa Viagem Rio de Janeiro, 24210-390, Brazil
+552126202400
View menu
Visit website
Visit Facebook page
Send an Email
Give us feedback

Building, Science Museum
Museum of Tomorrow | © Alexandre Macieira | Riotur/Flickr
The most recent architectural landmark in Rio, the Museum of Tomorrow was completed in 2016, just before the Olympics, and has become the city’s most visited museum. Its futuristic design was created by Spanish architect Santiago Calatrava, who specializes in neo-futuristic models. The museum explores sustainability and the possibilities that our planet faces given climate change and human impact.
More Info
Open In Google Maps
1 Praça Mauá, Centro Rio de Janeiro, 20081-240, Brazil
View menu
Visit website
Visit Facebook page
Send an Email
Give us feedback

Building, Concert Hall
Casa das Canoas was the residential home of Oscar Niemeyer who designed the building himself in 1951. He and his family lived there until 1965. The house is a classic representation of Niemeyer’s style with curved walls, glass walls and neutral colors. Nowadays, the property is available for hire for events and parties.
More Info
Open In Google Maps
1246 Estrada da Canoa, São Conrado Rio de Janeiro, 22610-210, Brazil
+552133220642
View menu
Visit website
Visit Facebook page
Send an Email
Give us feedback

Museum
Ilha Fiscal | © Alexandre Macieira | Riotur/Flickr
The green palace sits out on Guanabara Bay and was first built to act as the managerial home of the port’s operations. Since then, it has been repurposed as a cultural museum and is looked after by the Brazilian navy. Ilha Fiscal was built in 1889 by Adolfo Del Vecchio and is an example of neo-gothic architecture.
More Info
Open In Google Maps
Centro Rio de Janeiro, Brazil
View menu
Visit website
Visit Facebook page
Send an Email
Give us feedback

Synonymous with luxury and glamour, this massive Art Deco hotel has become Copacabana’s beachfront icon and a significant landmark on Rio’s architectural scene. Copacabana Palace was designed by Joseph Gire and its construction was completed in 1923. Since then, it has received a wave of famous guests such as Madonna, Walt Disney, Diana Princess of Wales, and the Rolling Stones. It also had a star role in the film Flying Down to Rio, which starred Fred Astaire and Ginger Rogers.

Park, School
Tucked into the trees and vegetation of the Atlantic Forest is Parque Lage, a stunning compact mansion that has a pool inside adorned by large pillars. It was constructed in 1920 as a mansion for ship builder Enrique Lage and his wife, Gabriella Besanzoni, who was an Italian singer. Nowadays the mansion is a coffee shop open to the public, and a visual arts school.
Looks like it's closed Hours or services may be impacted due to Covid-19
More Info
Open In Google Maps
Jardim Botânico Rio de Janeiro, 22461-000, Brazil
+552123344088
View menu
Visit website
Visit Facebook page
Send an Email
Give us feedback

This aging abbey was completed in 1671 and showcases colonial architecture from Brazil in that era. The somewhat bland exterior of grey walls and two humble towers is a stark contrast to the magnificent interior, adorned with statues, detailed carvings and divine ornaments. 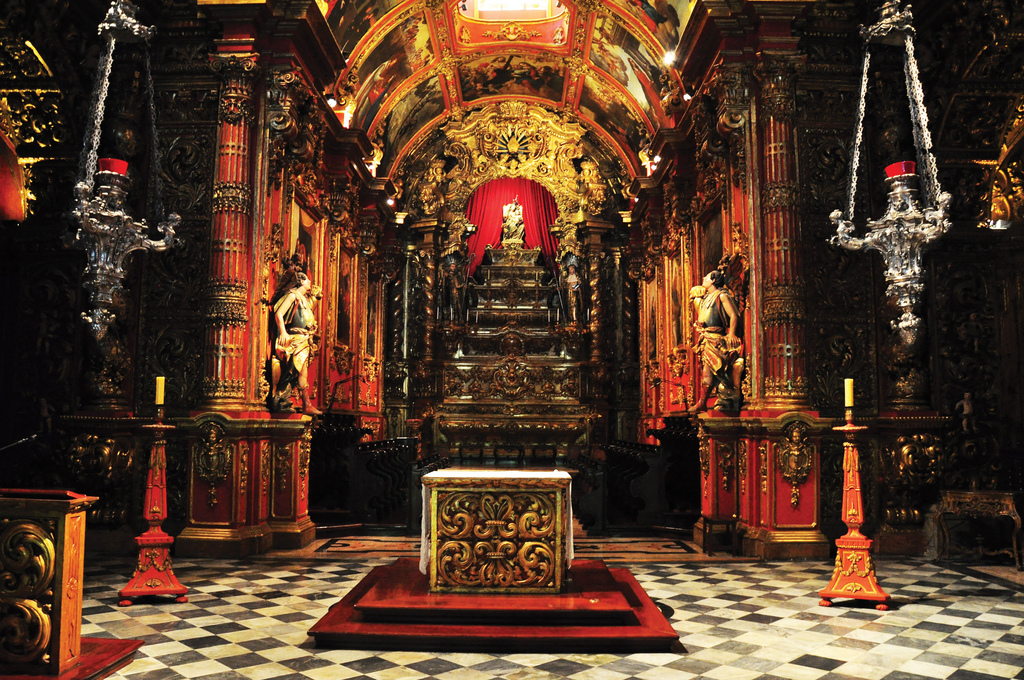 Museum, Park
Set within the grounds of Flamengo Park, MAM is renowned for its impressive art collection and incredible architectural design, created by Affonso Eduardo Reidy. The inclined pillars and large, airy windows create a striking look which was completed in 1955. The museum is surrounded by gardens that were landscaped by Roberto Burle Marx.
Looks like it's closed Hours or services may be impacted due to Covid-19
More Info
Open In Google Maps
85 Avenida Infante Dom Henrique, Parque do Flamengo Rio de Janeiro, 20021-140, Brazil
+552138835600
View menu
Visit website
Visit Facebook page
Send an Email
Give us feedback

Cathedral
Metropolitana Cathedral | © Alexandre Macieira | Riotur/Flickr
Set in Rio’s city center, the Catedral Metropolitana de São Sebastiao is sometimes known as the New Cathedral. The design, created by Edgar Fonceca, was inspired by the angles and shapes of the Mayan Pyramids. It was constructed between 1964 and 1979 and has four huge stained-glass windows that reach from floor to ceiling.
More Info
Open In Google Maps
Centro Rio de Janeiro, 20031-170, Brazil
+552122402669
View menu
Visit website
Visit Facebook page
Send an Email
Give us feedback
Give us feedback